In a show of defiance, Chinese University students stage a protest at the graduation day in November 2019.

Let’s be honest. Forget about her vows of doing so, Hong Kong people did not take seriously the pledge by Chief Executive Carrie Lam Cheng Yuet-ngor to “connect” with young people when she took office in 2017.

Taking over from her former boss Leung Chun-ying whose five-year reign was marked by the Occupy Central movement featuring the massive participation of young people, Lam talked highly of the importance of listening to the voices of the younger generation.

She went length to map out her strategy and initiatives of addressing young people’s concerns about jobs and living space and pacifying their discontent of being ignored in policy-making in her maiden policy address in 2017.

But even before she won the contest, her main rival, former financial secretary John Tsang Chun-wah has already warned she could be worse when it came to dividing the society as Leung had done miserably well. Tsang ridiculed her as “splittist 2.0”.

42 months after taking the helm, Tsang was proved to be damn right in his prediction. Divisiveness grew worse. More worryingly, young people whom Lam had vowed to connect became increasingly alienated from the Government.

It could not be more ironic a new office set up by Lam to spearhead youth work, known as Policy Innovation and Coordination Unit, has commissioned a survey that found a depth of mistrust among local teenagers towards the Government.

Of the 250 senior secondary school pupils interviewed by the Chinese University’s School of Public Health and Primary Care last year, 87 percent of them said they have no confidence in the administration.

Around 70 percent of the respondents, meanwhile, also said they don’t trust strangers in the community.

Terry Lum, the head of HKU’s Department of Social Work and Social Administration who also participated in the study, said Hong Kong is like a powder keg waiting to explode.

“If we don’t defuse the bomb and remove the gunpowder, as long as there is a tiny seed of fire, then there will be another big explosion in future. If we don’t do something proactively, this really is an unresolvable problem.”

Alarming though they are, the survey findings revealed by the researchers at a radio programme on Sunday did not earn much coverage by the media.

This is perhaps because, sadly, the findings did not come as a surprise to the media and a lot of people. Worse, the feeling of indifference grew stronger with people holding no expectation that the Lam administration would take it seriously – and act swiftly and effectively.

The list of initiatives rolled out by Lam in her 2017 policy address aimed to connect with young people remains as it was. It was read out by her then, but very little of them have been implemented as of now.

The Policy Innovation and Coordination Unit, which was set up after the Central Policy Unit was disbanded, has reportedly recruited 20 to 30 young people to help come up with policy ideas with a touch of youth. It has become almost invisible in public, or perhaps irrelevant in the policy-formulation process.

The voices of young people that Lam had vowed to hear were only heard in rallies and social media. Lam and the central government did not seem to have made any serious efforts to hear directly from young people about their aspirations and fears and what they want the government to do. 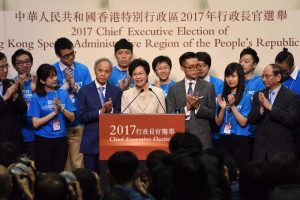 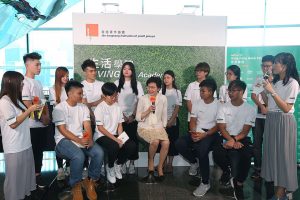 While admitting the obvious about the high percentage of arrestees who are students, government officials have made no attempts to listen to their respective stories on their own.

Without talking to the young arrestees, both the Lam administration and the central government have attributed youth radicalism to the toxic thinking of what they branded as anti-China activists who colluded with foreign hostile forces.

They blamed the media for smearing China and attacking the mainland systems. They blamed the teachers for sowing the seeds of bias and prejudice to the young minds.

Never have they asked themselves what they have done to breed hostilities among young people towards them.

The answers are abundantly clear. Beijing’s failure to honour its promise of full democracy is one. Police’s use of excessive force, which turned violence at times, against protesters, including under-age pupils, during the anti-extradition bill protest has inflicted deep wounds in the young hearts and minds. The list goes on.

The multi-thronged, intensified moves by both the mainland and Hong Kong authorities to persecute the pro-democracy force and young activists involved with the social movement have rubbed more salt to the wounds.

Flashed back to 2014, Leung made a serious mistake not to conduct a full inquiry into the Occupy Central to heal the wounds and resolve the deep-seated contradiction in the society.

With the wounds further deepened following the prolonged protests, the failure of the Lam administration to put healing on top of the agenda in her 2020 Policy Address has dashed hopes that young people will stay hopeful towards their city.

And any city with its younger generation lacking faith and trust in their government is doomed to decline.

This article was first published on Apple Daily website on Jan. 6.