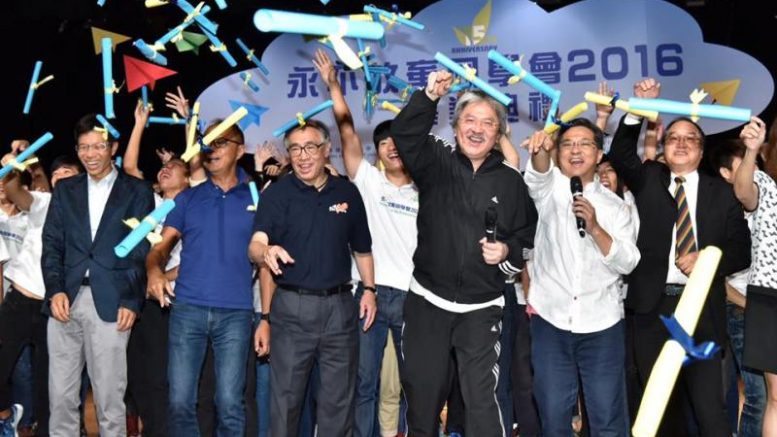 The memories of the 2012 Chief Executive election are still fresh on the minds of Hongkongers. Thanks to the all-out efforts of Beijing, Leung Chun-ying won the contest with 689 votes, 88 more than the 601 minimum votes required.

Because of that, unless Beijing only allows one candidate who will then be elected uncontested, they will not have absolute control over who will win as long as they allow even two aspirants whom they found both acceptable to run.

So far, no one has come out to declare publicly he or she will run. What are they waiting for? In theory, all present principal officials are appointed by the central government. They have passed the political test. There should be no doubts about whether Beijing will support them. The only embarrassment is that two of the top three leaders of the government will have to leave the government if both the Chief Secretary and the Financial Secretary decide to quit to run for the top post. Under the present rules, the incumbent Chief Executive can keep his/her post while seeking re-election. If that happens, there will be some impact on government operation, which is a scenario Beijing does not want to see.

My view is that only one of the two top aides to the Chief Executive will run. John Tsang Chun-wah looks more likely to run. This is because Carrie Lam Cheng Yuet-ngor faces difficulty in getting pan-democrats’ support in the wake of the 2015 political reform battle. Wounds in their relationship ran deep.

John Tsang ranked top in popularity survey among principal officials. He has also got support from the pan-democrats and managed to mingle well with young people. Those are his pluses. Another eyeball-catching recent development is the enthusiastic “recommendation” of John Tsang by Legislative Council President Jasper Tsang Yok-sing, saying the financial chief is qualified to become the next CE. It looks unlikely Jasper Tsang was merely giving his personal views. Behind him is perhaps forces who are dissatisfied with the present CE and government. The idea of “Tsang-Tsang pair” has emerged in the political circle.

Apart from his popularity, the other trump card he can hold is what kind of team he is able to put together. The most ideal “Tsang-Tsang pair” is that John Tsang will vie for the top post with Jasper Tsang being the next Chief Secretary. Such dual-head leadership will be a strong team, which will be able to garner support from sectors including the pro-establishment camp, the civil service and professions.

The top priority task for the next government is to unite all sectors, heal the wounds of the society, rebuild dialogue with the pan-democrats and young people and rebuild mutual trust. These are political work and task for the Chief Secretary. Based on his performance in Legco, Tsang Yok-sing is an appropriate person to do the job.

Nothing is impossible in politics.

Be the first to comment on "‘John Tsang-Jasper Tsang pair’ the perfect match?"