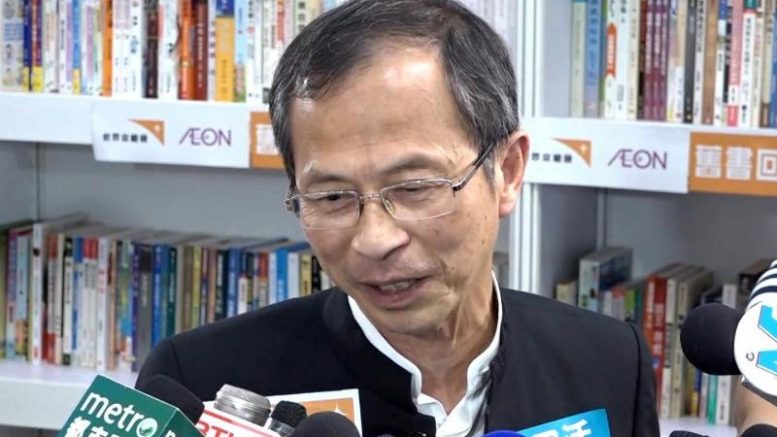 To some, Jasper Tsang Yok-sing may sound a rare liberal and bold voice in the “love China, love Hong Kong” camp. But when it comes to the issue of Hong Kong independence, he has turned reticent and has been careful with his choice of words, not to cross the red line set out by Beijing in the “one country, two systems” political framework.

Yesterday, he threw his weight behind the defence by the Justice Secretary for a decision by the election watchdog to disqualify six alleged separatists from running for the Legislative Council election.

He showed no ambiguities, siding with the authorities over the political imperative and the government’s proclaimed legal case of their decision to bar six alleged independence advocates from contesting a seat.

Putting on a sober-looking face, Tsang backed an earlier statement made by justice minister Rimsky Yuen Kwok-keung that the returning officers’ decision to disqualify the six was legal. He said the advocacy of the six aspirants for Hong Kong independence was inconsistent with the Basic Law and has deviated from the principle of “one country, two systems.”

“If the law forbids anyone advocating independence from becoming a candidate, it is the duty of a civil servant to implement that legal requirement,” he said.

Tsang was apparently referring to the law on Legco election, which requires candidates to sign a declaration saying they uphold the Basic Law.

But as the law does not specifically say the returning officers are empowered to rule applicants’ deeds and words as contrary to the requirement to uphold the Basic Law, the unprecedented moves by the officers, who are civil servants, to disqualify the six persons have been a subject of different interpretation.

On Wednesday, all 30 members of the legal sub-sector in the 1,200-strong Election Committee that picked the chief executive in 2012, said in a joint statement published in two newspapers the returning officers were not empowered to make such a “subjective and political decision”.

A moderate line of thinking is that, in line with the rule of law, the Government should give a green light to candidates who have signed the declaration of upholding the Basic Law. If they found any candidates who have breached their declaration in their deeds and words on the independence issue, they could disqualify them. Any disputes that may arise should be left to courts.

Though seen as a moderate pro-establishment figure compared with many in the same camp, Tsang has adhered to the hard-line stance of the central and Hong Kong governments over the “anti-independence” confirmation note.

He echoed an assertion that the Legco election should not be turned into a platform for separatists to promote their pro-independence thinking.

Tsang’s hard-line stance on the confirmation note row contrasts subtly with some of his previous comments on the growth of pro-independence thinking. On one occasion, he has attributed the development to problems with the implementation of “one country, two systems.”

Now that both Beijing and the Leung Chun-ying government are clearly determined to wage a war against pro-independence activists at almost all cost, the room for moderate views has been shrinking. The game of brinkmanship by “liberals” in the pro-establishment camp is getting more difficult and highly dangerous.

Making himself available as a standby candidate to thwart Leung’s re-election bid last week, Tsang has already had the first taste of the difficulty of taking a moderate stance on sensitive sovereignty-related issue such as the confirmation note.

Any soft words on those issues may help him win some applauses from his fellow citizens, but risk losing the trust of the central government in his loyalty if he is being seen as wavering over matters of principle such as independence.

If even the politically-smart and eloquent-speaking Jasper Tsang found the Hong Kong independence issue too hot to handle, it will be even tougher for Financial Secretary John Tsang Chun-wah whom Jasper praised as a better CE candidate to grapple with.