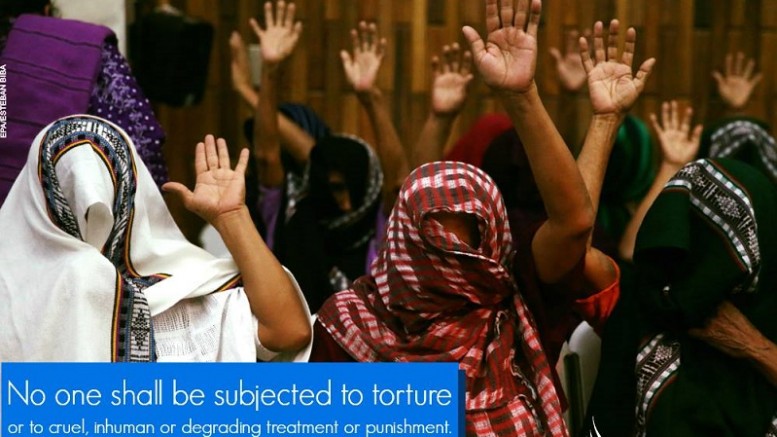 March 21 was the 50th anniversary of the International Day for the Elimination of Racial Discrimination. However in this cosmopolitan city people from diverse ethnic background called their home, there was no celebration. Instead we see xenophobia, intolerance and unjust ethnic stereotypes on the rise, fuelled by biased and sensational coverage in some news media. These reports linked asylum seekers to increasing crime rate and mixed up illegal immigrants with genuine protection claimants.

The Hong Kong government and pro-Beijing political parties even began to mount a concerted campaign to get Hong Kong to withdraw from the UN Convention against Torture and to set up closed camps to lock up asylum seekers.

This was due to an increase in the number of non-Chinese asylum seekers who come to Hong Kong to seek protection. It coincided with an influx of non-Chinese illegal immigrants coming mainly from mainland China.

In 1992, the British Government extended to Hong Kong the UN Convention against Torture and Other Cruel, Inhuman or Degrading Treatment or Punishment. Since then the Hong Kong government took on the responsibility to offer protection to asylum seekers who try to flee from indiscriminate violence. It also has to submit periodic reports to the Committee against Torture on its implementation of the Convention and to attend Committee hearings at the UN.

I also attended the UN hearing with 20 odd members from the human rights community and presented our concerns and recommendations to Committee members. During the hearing, Hong Kong Government officials made no mention of any desire to withdraw from the Convention, nor did they divulge any plan to lock up asylum seekers in closed camps.

However in January, Chief Executive Leung Chun-ying launched an attack on the South Asian “fake” refugees. He said those people were being smuggled into Hong Kong for economic purposes and were not genuine asylum seekers. To put an end to this problem, he said Hong Kong should withdraw from the Torture Convention if necessary.

These attacks sent shockwaves throughout the community. Many people fear such tactics would be intensified in the run-up to Legislative Council election to be held on September 4. Such rhetoric also has the damaging effect of victimising the ethnic minorities, making them increasingly anxious and nervous.

As the Leung administration and pro-Beijing political parties continue to fan the flames of prejudice against asylum seekers and dark skinned ethnic minorities, there is concern that it would have a negative impact on Hong Kong’s reputation as Asia’s World City. Such outrageous act would also aggravate discrimination and hostility against the ethnic minorities.

Trump strategy may be deployed in Sept poll

As the election season goes into full swing, there is alarm that the campaign strategy of US tycoon and presidential hopeful Donald Trump might be deployed here. In an attempt to win the Republican Party’s nomination as presidential candidate, Mr Trump fanned the prejudices of voters with promises to ban Muslims from America and to keep out Mexicans by building a border wall.

Writing in his newspaper column Public Eye in the South China Morning Post, journalist Michael Chugani condemned Hong Kong politicians for following Trump into the gutter by stirring up racist fears and for scoring points by labelling dark-skinned asylum seekers as criminals who should be locked up. Chugani also criticized retired Secretary for Security Ambrose Lee for denigrating Indians as so poor that they had to come to Hong Kong for HK$3,000 a month refugee allowance.

Chugani also noted that the pro-Beijing politicians who fan the flames of racial discrimination against dark skinned asylum seekers are the very same people who denounced localists as bigots for confronting mainlanders who abuse their tourist status in Hong Kong to trade in parallel goods. 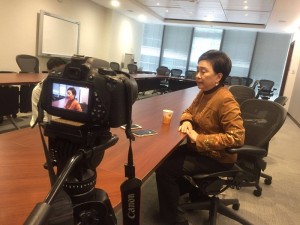 One reason for the current controversy is the rising number of torture claimants. At the end of February, there were about 11,000 applications. Following a ruling by the Court of Final Appeal, the administration implemented a Unified Screening Mechanism in March 2014 to process these applications, trying to make sure the procedure meets “a high standard of fairness.” This initiative was praised by the Committee against Torture at the November hearing.

One problem with processing the claims is that it could take a rather long time. In order to shorten the process, Legislative Councilors including myself have urged the administration to provide special training for the lawyers, doctors, social workers and other professionals involved, as many of them are not familiar with the Torture Convention and may find it difficult to assess the claims. The administration responded by organizing specific training programmes for lawyers, health professionals and immigration officers. These efforts were also praised by the Torture Committee.

Another complaint is that very few cases were found to be genuine asylum seekers, and because of that, there is criticism that the system could be abused. I am aware of this concern and agree that Hong Kong must have a fair, transparent and honest system to assess the claimants in order to prevent abuses.

However, we must understand that Hong Kong has a duty to offer protection to asylum seekers under the Torture Convention, and the onus is on the government to set up a fair, professional and objective mechanism to assess the claims. People who are screened out will be sent back.

I cannot agree with Leung’s suggestion to withdraw from the Torture Convention.

To do so would send a very negative message to the international community that Hong Kong people could not care less about human rights and about the plight of asylum seekers. Beijing’s poor track record on human rights has been severely criticized by the Committee against Torture.

Beijing officials even held a press conference to rebut the Committee’s Observations and Recommendations, but the Chinese Government never threatened to withdraw from the Convention. If Hong Kong tries to do so, it would turn us into an international laughing stock.

Neither could I agree with suggestions to lock up asylum seekers. This is because such a move would be very controversial and would spark off arguments about infringing the rights guaranteed in the Basic Law, in the Bill of Rights Ordinance and in the various human rights conventions. Furthermore, the situation now is not like what happened in the 1970s when Hong Kong was deluged with more than 100,000 Vietnamese boat people.

As for the recent influx of non-Chinese illegal immigrants, which is a crime of human trafficking, the problem must be tackled, and we should get the co-operation of the neighbouring Shenzhen authorities. However this problem should not and must not be confused with the question of asylum seekers.

Hong Kong people like to pride ourselves as being civilized and compassionate. The way we handle these problems before us will be a reflection of whether we truly believe in our core values of freedoms, equality, anti-discrimination, social justice and the rule of law. When all is said and done, I hope we can hold our heads up high and tell the world we are decent upstanding people who stick to our ideals and principles.

Emily Lau Wai-hing is a Legislative Council member (New Territories East) and chairwoman of the Democratic Party. This is an edited version of her Letter to Hong Kong at RTHK 3 broadcast on April 3.