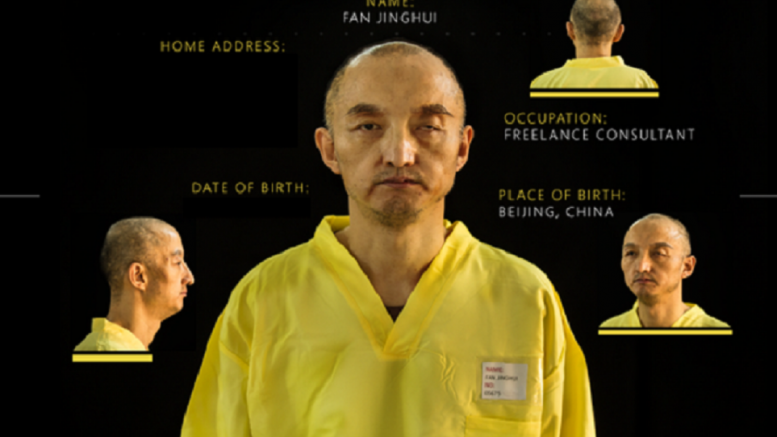 Beijing has ruled out any military action against the Islamic State (IS) despite having made vehement calls to punish the executioners of Chinese hostage Fan Jinghui.

After Fan was killed some place in Syria on November 18, Xi vowed that China would “resolutely crack down on any terrorist crime that challenges the bottom line of human civilization.” Chinese Foreign Ministry spokesman Hong Lei. Beijing had tried to rescue the hostage “with all-out efforts since the kidnapping happened.” He added that the authorities would “do all it can to bring the killers to justice.”

While no Chinese official has revealed what action will be taken against the IS, experts and commentators agree that the Chinese Communist Party (CCP) leadership will not take direct or indirect military action against the terrorist group.

Li Wei, a leading terrorism expert at the government-run China Institutes of Contemporary International Relations, told the Hong Kong media that he believed “China will not deploy soldiers to hit out at IS.” He added that Beijing gravitated toward “mechanisms of international cooperation” in punishing the terrorists.

Beijing-based political commentator Jiang Zhaoyong pointed out that the most that Beijing would do would be to support semi-ally Russia’s air strikes against IS. “When Chinese citizens were abducted by the Taliban, Beijing was able to ask Pakistan to act as intermediary [for the release of the hostages],” Jiang added. “But the Chinese governments do not have intermediaries with the IS.”

Since the IS crisis broke out more than a year ago, official Chinese media such as the nationalistic Global Times, have reiterated that the United States – whose “disastrous” Middle East policies had led to today’s chaos in Syria and Iraq – should bear the bulk of the responsibility of taking out the terrorist group.

A Global Times commentary run the day after the execution of the Chinese hostage argued that “the United Nations should take center stage and deal a death blow to IS.”

Despite efforts by the authorities to bar China’s 600 million netizens from expressing their views on the execution of Fan, most postings on the country’s social media have urged “Xi Dada” – a nick name for President and Commander-in-Chief Xi – to “take resolute action,” including military means, to cripple IS terrorists.

The Xi administration, which has engaged in aggressive hard-power projection in different corners of the globe, has apparently tried to deflect the attention of the public by focusing on the issue of Uighur terrorism in western Xinjiang Uighur Autonomous Region.

Referring to Western countries criticism that Beijing is committing virtual cultural genocide among the disaffected Uighur population in Xinjiang, Xi and other officials have pointed out that the international community should not adopt “double standards” regarding the issue of the fight against terrorism.

It is understood that Xi, who chairs the policy-setting Central Military Commission, has since early this year dispatched more People’s Liberation Army troops as well as officers of the para-military People’s Armed Police into the huge autonomous region.

Political analysts in Beijing say that the reputation and popularity of Xi took a beating after the Stock Market Crisis of June and July. The Xi administration’s perceived failure to join the U.S., Russia and France in taking military action against the hated IS could further dent the image of the supreme leader. The strongman has also been criticized for taking no action against U.S. naval vessels that have ventured within 12 nautical miles of reclaimed islets in the South China Sea to which Beijing has laid sovereignty claims.

Be the first to comment on "Is Xi Jinping a Paper Tiger?"