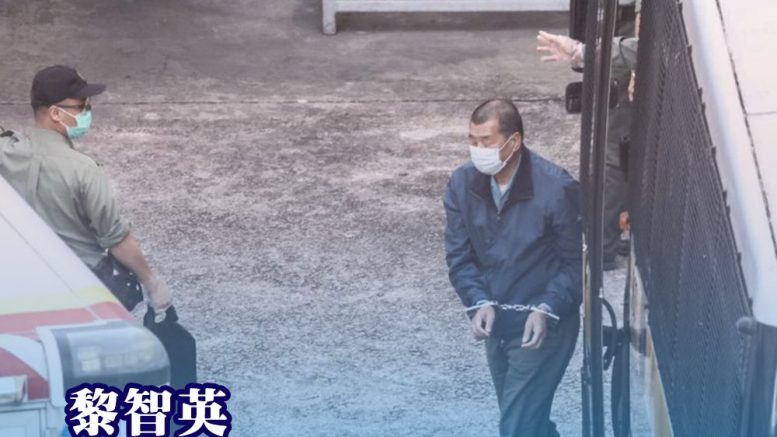 To say the past week is a bad week for Hong Kong’s democratic movement and its future is an understatement. It is a week too long, too sad for aspirants for democracy and justice and a better future.

The jailing of three young pro-democracy leaders and the de facto imprisonment of veteran democracy fighter Jimmy Lai have dealt a heavy blow to the ill-fated movement. Then came the self-exile of former Democrat lawmaker Ted Hui Chi-fung, followed by his and his family members’ bank accounts being frozen.

On Monday, eight people who participated in a march at the Chinese University on its graduation ceremony last month were arrested. Of them, three may face charges of a violation of the national security law for Hong Kong.

In just slightly more than four months after the national security law was enforced, the pro-democracy force is in tatters.

They were sent to jail in Hong Kong, kept in cells in Shenzhen. With the exception of two – one non-affiliated and another from a fringe democratic group, the whole fleet of pro-democracy lawmakers were ousted from the legislature. More than 10 had fled. Some decided to bow out of politics, including Tanya Chan and Dennis Kwok, who had been seen as rising stars.

The younger fleet of democrats, many of whom have won in last year’s District Council elections, is bracing for another round of political massacre if a decision by China’s national legislature on the disqualification of public servants is broadened to cover district council members when it becomes a local legislation.

Many, if not all, democrats have resigned to the reality that the road towards democracy in Hong Kong under Chinese rule would never be smooth. The Chinese Communist Party is a tough opponent when it comes to freedom and democracy.

But few, if any at all, would have envisaged the ruling party and their loyalists in Hong Kong could be far more ruthless and merciless than they have thought.

Faced with what they saw as threats to their core interest, the party leadership has shown increasingly clear that they are prepared to eliminate the threats at all cost.

The ruthlessness of the Beijing leadership in the past few weeks, in particular in recent days, has come as a surprise not just to young democrats such as Ted Hui and Dennis Kwok, but veterans including James To and veteran Democrats.

To, who was the longest-serving Democrat in the Legislative Council, has become totally disillusioned . He said the Democratic Party, who is seen as the “doves” among the pan-democrats, should reconsider whether it is still worthwhile running for the Legco elections.

Founded in 1990 with a merger of the then United Democrats and the then Meeting Point, the Democratic Party has become the flagship of the democratic camp. Under the leadership of veterans including the late Szeto Wah and Martin Lee, the Democrats have positioned themselves as the opposition force inside and outside Legco with an aim of monitoring the Government before the city becomes a full democracy.

During the reign of Donald Tsang, the Democrats had joined hands with moderates to hold talks with central government officials on a set of electoral reform of the Legco elections. The passage of the reform blueprint during Tsang’s second term marked a tiny step forward towards full universal suffrage possibly by 2017. But the process of democratisation came to an end in the wake of the Occupy Central movement in 2014.

Ignited by an extradition bill, the mass social movement that unfolded since summer last year has rocked the city. It has resulted in the demise of the “one country, two systems” policy after Beijing could no longer tolerate what they deem as threats to national security.

With hindsight wisdom, pro-Beijing pundits have ridiculed the democrats for being naive, saying they made a fatal mistake under-estimating the ruthlessness of Beijing when they fought back. They alleged the democrats of having waged a failed coup d’etat and played a part in a Western countries-led war against China.

With tension between China and the West growing, Beijing seems to have decided to act even tougher to penalise the democrats for their alleged betrayal of the country by, for instance, lobbying the West to impose sanctions on mainland and Hong Kong officials.

Both Beijing and Hong Kong officials have declared success of the national security law in restoring stability.

The irony is that the “success” has further emboldened hardliners to intensify their crackdown to maximise the gains, not knowing that the price to pay are irreparable and perennial damages to the city.

This article was first published on Apple Daily website on December 9.

Be the first to comment on "A bad week for democrats, more to come"