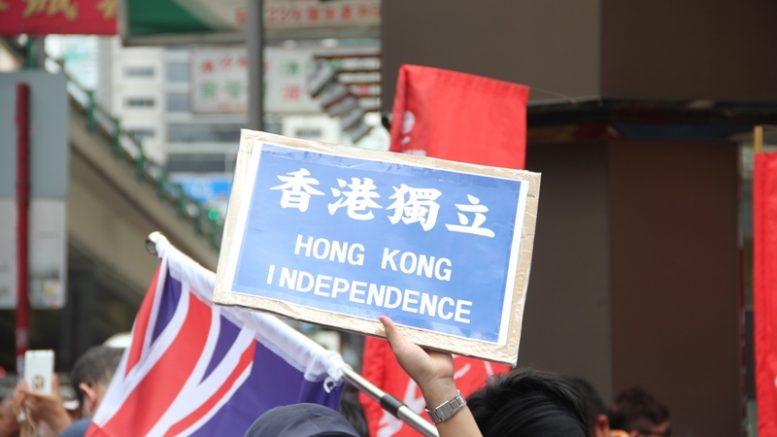 A new election rule for the September 4 Legco polls aims to curb pro-independence movement fears doing the opposite.

“If it ain’t broke, don’t fix it.” The traditional wisdom of the pre-1997 colonial government may no longer be the “one-size-fits-all” approach in governance in 2016 Hong Kong.

But a brewing row over an abrupt change to election rules targeted at Legco election candidates who advocate independence announced on the eve of the beginning of nomination on Saturday shows the move to tinker with the rules is an act of playing with fire.

More damaging is it risks tarnishing the image and hard-earned reputation of elections in Hong Kong as being fair, open and just. It stokes fears that the surprise rule change is part of Beijing’s intensified and explicit attempt to suppress the growth of pro-independence advocacy in the SAR.

On Thursday, the Electoral Affairs Commission, an independent watchdog that works closely with the Mainland and Constitutional Affairs Bureau, dropped a bombshell with the announcement of a new nomination rule.

In addition to a standard declaration to uphold the Basic Law, candidates are required to sign a new form to confirm a clear understanding of three provisions of the Basic Law, including Article 1 that says Hong Kong is an inalienable part of China. Although signing the new form is not a must, refusal could risk disqualification.

Officials said election officers would seek details from candidates and decide accordingly on whether those who refuse to do so would be disqualified. Major pan-democrat political parties have said they would not sign. Only a few pan-democrats including a candidate from the Civic Passion, which calls for independence, have signed.

Officials argued the new confirmation form aims to elaborate the declaration to uphold the Basic Law, rejecting claims that it is political censorship.

Election officers caught in a dilemma

But for the election officers to seek information and clarification from candidates who refuse to sign before deciding whether they are qualified, it amounts to a process of political vetting. That clearly contravenes the principle of fair and just election. Candidates who are alleged to have advocated independence may be disqualified with or without having signed the new form.

This is despite the fact he or she may not have breached any relevant laws. 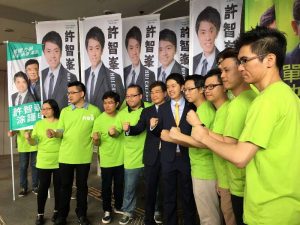 Democratic Party Legco election candidates, including Hui Chi-fung as pictured, have declared not to sign the new form to confirm they uphold Basic Law.

It looks certain the new rule will be challenged in judicial review that may be filed by any ordinary citizens soon.

Aside from the legal troubles, the election watchdog and officials may have created a political crisis, putting themselves in a dilemma.

The September 4 election will be thrown into chaos and uncertainty if candidates from major pan-democratic faction including the flagship Democratic Party are disqualified for their refusal to sign the extra form. The credibility and legitimacy of the election will face doubts and challenge.

But if their nominations are approved, officials risk being accused of political censorship if they disqualify others who also refuse to sign. Any reasons given by the election officers for their decisions look certain to be challenged in courts.

The damages to the reputation of Hong Kong’s election system and institutions will be profound if the authorities lose the legal battle.

Given the clear profound legal and political risk, it is difficult to understand why the Government and the EAC have decided to bear the high risk of dictating the new rule on the eve of the nomination. Doing so is unfair to all candidates, the pan-democrats in particular. They are given an unreasonably short period of time to assess the risk and decide whether to sign or not.

The fact is the rule has not been formally raised and thoroughly discussed in the pre-election consultation on election rules. The timing itself has bred suspicion and instilled distrust in the society.

Worse, the practical effect of such rule is little. It sounds political naive if officials seriously believe making it difficult for pro-independence activists to get elected to the Legco will curb calls for independence. The opposite is true. It looks set to inflame the pro-independence sentiments, at least in the election campaign period.

Any sensible, rational policy analysis on the new rule will come to the same conclusion that the demerits outweigh the merits, if any at all. It will only be wise for the election watchdog and officials to cut loss by dropping the new rule for full consultation and discussion in the society.