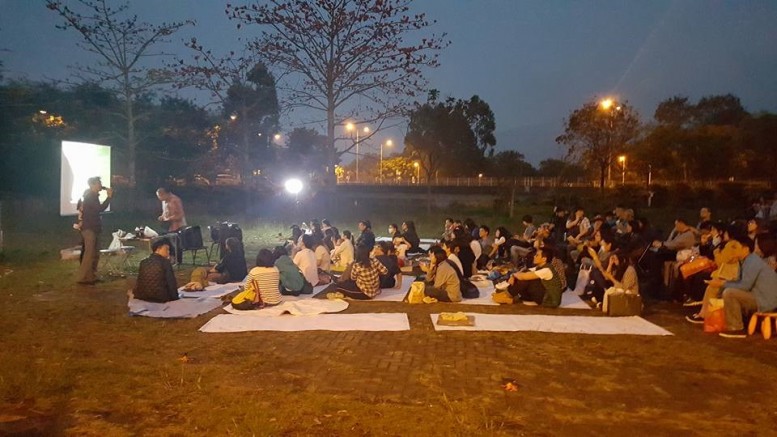 Dystopian movie Ten Year becomes a hit because it speaks the minds of Hong Kong people, who are fearful about their future under Chinese rule.

Looking back, 1997 only saw the return of power in Hong Kong from the British government to the Chinese government. The hearts of Hong Kong people have not yet returned to the motherland. The opposite is true. The thinking of separatism has flourished. A political group that aims to fight for independence has already emerged.

In my view, the fight for independence is unrealistic and highly dangerous. But I have to admit there are external factors that led to the growth of such thinking. When time is ripe, separatism will grow further.

Hong Kong people and mainlanders share the same language and origin. But after Hong Kong was ceded to the British, the pace of development in Hong Kong and the mainland differed. The mainland saw incessant turmoil. First it was the Taiping Revolution, followed by the invasion of foreign powers, the Boxer Rebellion, the 1911 Revolution, civil war among warlords, anti-Japanese war, civil war between the Communist Party and Kuomintang and the Cultural Revolution etc. Chinese people had no time for respite. The turmoil took their toll on the economy. The economy grew at snarl-like pace. After becoming a British colony, Hong Kong had a narrow escape from the unrest in the mainland, and could concentrate on economic development.

If Hong Kong people had worried about the 1997 reunification, it was because they feared Hong Kong would practice socialism. After China had effectively abandoned socialism and adopted market economy, Hong Kong people had their minds at ease. They became less worrisome also because the living standard of some Chinese cities has already reached a level similar to Hong Kong’s after the country adopted open and reform policy.

That is not the case. The rapid pace of China’s development has further exposed the backwardness of its political system. Hong Kong people fear the Communist Party’s resistance to political reform would further widen the political gap between the two places. Their fears about the 1997 deadline have rapidly turned into anxieties about the 2047 deadline. The biggest worry of Hong Kong people is that the city would become mainlandised even before 2047. Their fears are vividly reflected in the award-winning movie Ten Year. Although the stories carried in the movie could be described as exaggerated, there are some truths in the mentality of Hong Kong people illustrated in the movie.

Hong Kong people are adamant their fears are not unfounded. They can see clearly even senior mainland cadres are equally concerned and therefore have sent their spouses and children and transferred their assets overseas.

This is plainly because the mainland still lacks a stable mechanism as it undergoes policy reform. They feel anxious about the possible recurrence of another tragic power struggle that makes everyone suffer.

Power above law in mainland

Power is above law in the mainland. Whoever in power can disregard others’ ownership of assets, personal freedom and right of the pursuit of their own development. Even those in judicial and law enforcement agencies dare not to abide by the rules when they deal with people with power. The fact Hong Kong people have reacted strongly against the alleged use of privilege by the Chief Executive in the “left-luggage” saga is because they do not want the city to become a place where power is above law.

Hong Kong people the city has become what it is now because of the growing influence of the mainland. And because of that, some people think Hong Kong will only be able to maintain its existing lifestyles if they sever ties China. Under such environment, the thinking of separatism has gained life.

The Communist Party is capable of making sure independence will never happen in Hong Kong. But if they insist not to seek self-reinvention and adopt a more liberal policy, it will be difficult for them to dispel the fears of Hong Kong people. When Hong Kong realize separation is not possible, they can only choose escape. The 1997 reversion will become meaningless.

Shih Wing-ching is founder of the Centaline Property Agent and Chinese free newspaper AM730. This is a translation of his regular column published on April 28.

Be the first to comment on "2047 fears breed separatism"