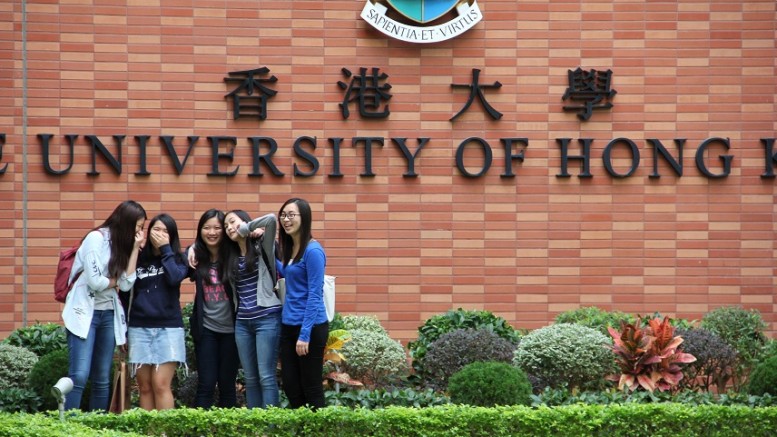 University of Hong Kong student magazine Undergrad drops a bombshell in its latest issue with a call for independence for Hong Kong after 2047.

HKU Council chairman Arthur Li Kwok-cheung dismissed it as “nonsense.” Basic Law Committee vice-chairman Elsie Leung Oi-sie said the idea of Hong Kong independence “is not possible” to come true. Leung Chun-ying, Hong Kong’s Chief Executive, said the fact is Hong Kong is part of China and that will not change after 2047.

The city’s three over-60s political heavyweights came out yesterday to quash the advocacy of Hong Kong independence in an article carried in the latest issue of the University of Hong Kong student magazine Undergrad.

The controversial idea was floated in an article entitled “Our 2047” in an Undergrad edition headed “Declaration of Hong Kong Youth.”

The article said Hong Kong should become a sovereign state recognised by the United Nations in 2047, when the Sino-British Joint Declaration, which stipulates that Hong Kong should remain unchanged for 50 years from the handover, is due to end.

In addition to independence, the article also demands the setting up of a democratic government after 2047 and the drawing up of the city’s constitution by all people. It lashed at the Hong Kong government for becoming a “puppet” of the Chinese Communist Party, “weakening” the city’s autonomy.

In the “declaration,” the Undergrad also gives their thoughts on a wide range of issues including language and education, leisure and entertainment and city ecology, housing, work environment and industrial ecology, fashion design industry, environmental protection and wastage of resources, sports culture, public transport, sense of ethnic identity and mass movement.

The year 2047 sounds remote to many Hongkongers who have lived through the 1997 handover beginning from the 1980s Sino-British talks on Hong Kong’s future, followed by the end of British rule to the implementation of the “one country, two systems” policy.

If there has been no serious discussion about post-2047 Hong Kong, it is because many over-40s have resigned to the reality that they could only hope the “one country, two systems” works well and will continue to do so for another 50 years or beyond. Realistically, it seems that there are no better deal for the city under the “one country” constitutional framework. Any form of Hong Kong independence is a non-starter now and in the future, as it was in the past.

That they have accepted it as their fate in the 80s and 90s is also because of Beijing’s  pledges of high degree of autonomy, preservation of the city’s systems and “Hong Kong people ruling Hong Kong” in the Basic Law and to the international community. They believe, rightly, it could only be good for Beijing to give a free hand to Hong Kong for it to continue to thrive.

More than 19 years on after 1997, many have become disillusioned and disappointed, confused and anxious about the city and its future. Doubts about the “one country, two systems” pledges grew. Fresh anxieties about the city’s future, in particular among the young 15-30, emerged. They feel increasingly unease that their future is in the hands of the power-that-be, who are in their 60s-70s and have refused to listen to them on issues as the Undergrad has listed out.

Calls for independence will no doubt further rub the sensitive nerves of the ruling elites in Hong Kong and Beijing. Pressure for tougher talk and action to curb the growth of pro-independence thinking will grow.

As the knee-jerk reaction is over, the two governments and society at large should give serious thoughts about what happens now and what should be done to restore confidence among the people, particular the young, about their future.