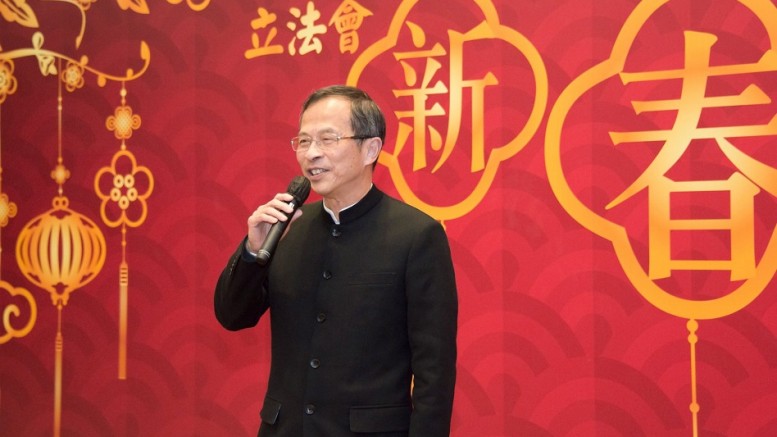 Article 9 in the Basic Law says: “In addition to the Chinese language, English may also be used as an official language by the executive authorities, legislature and judiciary of the Hong Kong Special Administrative Region.” This is the only provision in the Basic Law related to the use of language. The Basic Law says nothing about putonghua or Cantonese, simplified or traditional Chinese characters.

Article 19 in the Chinese Constitution says, “the state promotes the nationwide use of Putonghua (common speech based on Beijing pronunciation).” Article 4 also makes reference to language policy. It says: “The people of all nationalities have the freedom to use and develop their own spoken and written languages, and to preserve or reform their own ways and customs.” Article 121 says: “In performing their functions, the organs of self-government of the national autonomous areas, in accordance with the autonomy regulations of the respective areas, employ the spoken and written language or languages in common use in the locality.”

Use of Cantonese, traditional Chinese in line with national policy

Hong Kong is not one of the “national autonomous areas,” nor are Cantonese and traditional Chinese characters the “own” spoken and written languages belonging to a certain nationality. But under the relevant provisions in the Chinese Constitution and in accordance with the spirit of the Basic Law, the use and development of Cantonese and traditional Chinese characters in common use in Hong Kong are not just consistent with the policy of “one country, two systems”; it is in line with the nation’s overall language policy.

The Chinese National People’s Congress Standing Committee promulgated the Law of the People’s Republic of China on the Standard Spoken and Written Chinese Language on October 31, 2000. The law has designated putonghua and simplified Chinese characters “standard spoken and written Chinese.” Government departments, schools, radio and television broadcasters are required to use putonghua and traditional Chinese characters . Standard written Chinese have to be used in information on display in public facilities, advertising boards, names of enterprises and specifications of products on sale in the mainland.

Implementation of the law in the mainland has caused controversies Some people have argued the use of putonghua and simplified Chinese characters is not the right way to promote the fine tradition of Chinese language. Some say making it mandatory for all schools to adopt putonghua and simplified Chinese characters in teaching contravenes Article 4 in the Chinese Constitution.

Under the Basic Law, the national law on “standard spoken and written Chinese language” of course does not apply to Hong Kong. But there are growing contacts between Hong Kong and the mainland. Even without government policy, people’s aspirations for a better understanding of putonghua and simplified Chinese characters will grow naturally and persistently.

Tsang Yok-sing is President of the Hong Kong Legislative Council. This is a translated version of his regular column published in Chinese-language AM730 on February 18.