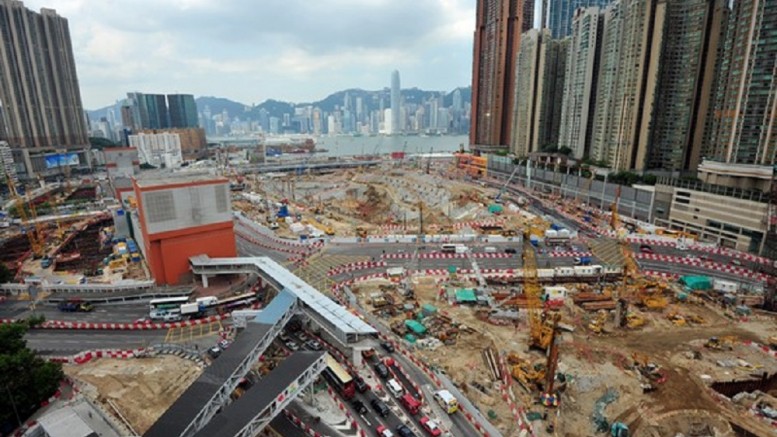 Billed as a multi-billion-dollar project aimed to connect with the mainland’s high-speed rail network, it cannot be more ironic that Hong Kong’s cross-border rail link has rubbed one of the most sensitive nerves of citizens over the changeover of sovereignty. Speaking in Beijing at the weekend, the city’s Secretary for Justice Rimsky Yuen Kwok-keung said it is “inevitable” that mainland officers will be allowed to enforce laws in the terminus of the future West Kowloon terminus under the “co-location” of checkpoints.

Not surprisingly, Yuen’s remarks have stoked fears that the “co-location” arrangement would damage the city’s high degree of autonomy. Already faced with the arduous task of seeking an approval of extra funding estimated at tens of billions of dollars incurred by overspending, the government is bracing for a more difficult battle for legislators’ consent over the politically-sensitive “co-location” arrangement.

Yuen has confirmed the unwelcome truth of the “inevitability” of allowing mainland cadres enforcing their laws in a designated zone after meeting with Huang Liuquan, law department head at the State Council’s Hong Kong and Macau Affairs Office on Saturday. By doing so, the government seems to have begun to manage public expectation and minimise the adverse impacts of an official announcement on the “co-location” arrangement.

The government’s extra caution in trying to defuse the political bomb is not difficult to understand. At a motion debate at the Legislative Council held earlier, the pan-democratic legislators have strongly opposed the idea of allowing mainland officials to enforce the nation’s laws on the Hong Kong soil. In view of the prevailing tension in mainland-Hong Kong relations, the “co-location” looks certain to pour more oil on the fire. With the 2016 Legco election drawing near, the issue will become more divisive.

Not if, but how

Speaking in Beijing, Yuen said the issue of mainland authorities enforcing law in the SAR is no longer a question of if, but how. In an important remark, he said: “The question to be considered now is to what extent mainland officers will enforce the laws in Hong Kong.”

He did not elaborate, adding they will study the “co-location” arrangements in other countries.

Michael Tien Puk-sun, a legislator from the New People Party, claimed the major bone of contention is about whether mainland officers have the right to make arrests at the West Kowloon terminus.

In some countries where co-location arrangement is in force, the power of the outside jurisdiction in the other jurisdiction is confined to allowing or prohibiting the entry of people.

Proponents of giving green-light to mainland officers to enforce law in Hong Kong argue the city’s authorities have been given similar right in the Shenzhen Bay joint immigration checkpoints in Shekou. Under the principle of reciprocity, Hong Kong should grant the same power to the mainland.

Opponents insist Basic Law Article 18 says clearly only national laws listed under Annex III shall be applied in the SAR. Legislator Dennis Kwok, who represents the legal functional constituency, said it is not appropriate to amend Annex III for the co-location arrangement because the matter falls within the city’s high degree of autonomy. Some people suggested the central authorities should delegate powers to the SAR government to handle the exit and entry of people at the terminus.

Yuen’s statement shows Beijing stood firm on the power of immigration control, which it deems as “one country” issue. Despite the “two systems” pledge, the room of flexibility Beijing may allow is limited, if there is any at all.

The conundrum, however, is clear. Without co-location arrangement, cynics rightly say the high-speed rail link will become “just another Hong Kong-Guangdong through train that runs faster” but with a price tag of close to HK$90 billion..

Now scheduled for completion in 2018, the mega-sized project has arguably reached a point of no return. There is a broad consensus in the society about the need of some forms of co-location arrangements. It is not impossible that a set of detailed arrangements that are friendly to travellers while upholding the city’s high degree of autonomy, but only with a better sense of pragmatism, flexibility and imagination from both sides of the border.

Be the first to comment on "Hong Kong’s high-speed rail heads towards ‘one country, two systems’ maze"