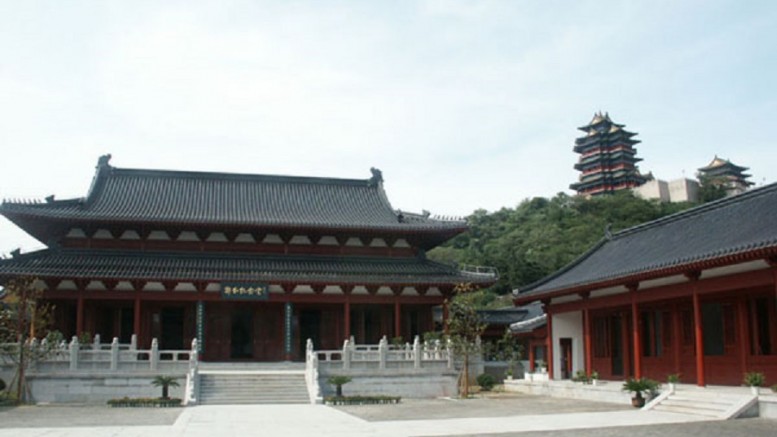 The world’s cameras had all focused on Chinese President Xi Jinping’s visit to United Kingdom last month, which is hailed by both sides as a landmark that marks the beginning of a “golden era” in Sino-British relations. Hong Kong, the unique city that has benefited from Sino-British influence, has all the factors that can enable it to ride through the “golden era”. This city boasts to have the most outward looking economy, the most solid legal system that has been in place for over 170 years , the highest freedom index among all Chinese cities and, at the same time, the colony the British had held on to for the longest period of time. However, if Hong Kong people still hold a grudge against its motherland, this city may well be superseded by its neighbours. The golden era that still seems easily reachable may well become the 50 years of grey, if not the “dark age”.

Hong Kong has always been a place where historical events like to make a mark, being the “witness” of historic moments. That has often been overlooked, and even local Hong Kong people may not be aware of that unique role. President Xi’s recent visit to UK reinstates Hong Kong’s role in witnessing many more of the critical moments in our era. When I studied abroad, Chinese modern history was only covered in half a lesson in our history class. Our teachers even pointed out the General Certificate of Secondary Education (GCSE) examinations would unlikely test on Chinese modern history. Needless to say, I do not have a good grasp of Chinese and Hong Kong history, somewhat similar to what young people are experiencing these days. This is probably why very few of us can feel the spotlight and the huge responsibility we are bearing, even though we are going through this “golden era”. Our city, tiny though it is, was mentioned in the top-level Sino-British dialogues during Xi’s state visit to UK. Again, Hong Kong does play a crucial role at the global stage, witnessing the unfolding of historic moments.

Strong nation, but no hegemony

While we are still enjoying this autumn breeze, I recommend a visit to the central city of Nanjing. The Old President’s office, Dr Sun Yat Sen’s tomb, the birch trees are all on the must-visits in tour guide books, but very few know about the Jinghai Temple. The temple was built 600 years ago to acknowledge the great voyage discoveries of Zhenghe, the Chinese version of Marco Polo. He ventured the deep seas for seven times, and left a glamorous mark in Chinese history. China was so advanced in that era with the most advanced technology. If the testosterone level of our voyagers had been a bit higher, China might have built an empire like what the Europeans did. Yet the Middle Kingdom back then did not opt for this path of development. President Xi was not kidding when he pointed out that China is “strong but not overly controlling”. History is the best testimony to Xi’s words.

The ironic thing is, however, the same temple that celebrated the golden years of Zhenghe was where the Treaty of Nanjing, which is deemed by Chinese people as a national humiliation, was signed 400 years later. That’s why I couldn’t agree more when my wife told me she thinks The Treaty of Nanjing is the first chapter of modern Chinese history. Again, Hong Kong witnessed this new chapter in the treaty, in which the island, described as a “barren rock”, was ceded to the British.

A weak China saw millions of people lost their lives and countless families being broken up. Two generations of people were deprived of education during that dark period in Chinese history. During the Second World War, Chinese soldiers had close to no resources compared to the Japanese. Those brave warriors used their flesh and blood to win the war. They would run towards the Japanese military base unarmed, just try to drain out the Japanese firearms. Our country spent 200 years of blood and tears to come to the realization that a “strong country” is not derogatory, but an entry ticket to guarantee peace and prosperity.

History is full of blood and tears and injustice. However cruel it is, this takes us back to our roots and we need to learn from it. When I see China taking a turn from its peak to the other extreme over the course of 600 years, I have this burning urge to hope our country will continue to prosper. Without a strong country, we won’t be taken seriously. Without our status today, the British would not have greeted a Chinese man with the highest royal honor.

The Confucian values are in Chinese people’s blood. There is a saying that “ a man shall not dwell on old sins”. This year marks the 70th anniversary of the end of the Second World War. For Hong Kong, that means Japan, our deadly enemy back then, finally surrendered. On average every nine Chinese people lost a loved one ( more than 35 million people were killed during that period). Hong Kong people never dwelled on these old sins. We let bygones be bygones and shop at Japanese department stores, enjoy Japanese fine dining.

Today, both China and UK declared the “golden era” of bilateral relations has begun. In spite of a rugged history, the two great countries have decided to move on to create a better future. However, we have to remember that knowing history and moving forward is what we call an open mind. Not knowing history and forgiving is ignorance. I’ve chosen not to be ignorant anymore. How about you?

Just to be clear, I am not saying that British has done us wrong. In fact, UK is my second favorite country. I particularly admire how the British can understate almost everything. For instance, when the Queen was enthroned 60 years ago, she merely said “A long life typically passes many milestones”. This is the cutest understatement I have ever encountered. The wiser a man is, the more humble he is. The British fully exemplify this way of being.

China has become the global leader in many spheres, rising back to where it was 200 years ago. In terms of purchasing power parity (PPP), China is the biggest economy in the world. In 200 items, Chinese production levels comes first. However, President Xi kept mentioning “China is not overly controlling”. I truly believe that this can overtake some Westerners’ belief that “The strongest must rule over all others”. A truly strong country does not need to threaten or show its guns. A strong country merely needs to set up its moral compass and create real influence. China does not want to become controlling, it will not impose itself over others. Instead, it’s doing the reverse. Before the military parade in Beijing, it decided to cut back the army by 300,000.

During Xi’s visit, some British officials pointed out that the British took 200 years to complete Industrial Revolution. China did it in 20 years, lifting 700 million people out of poverty, increasing longevity by 30 years. After 200 years of pain, our country has decided to rise from the Asian sick man to an international giant. The President even pledged to create a more cultural, environmentally friendly, equal and clean society.

Hong Kong has two choices. We can choose to witness the Chinese dream and be a crucial part of it, or to dwell on conspiracies, internal debates and politics. 200 years later when we look back, the first chapter of Chinese modern history will still be Hong Kong, but how it sets sail from now, whether we will raise beyond ourselves or go the other way to become another Jinghai Temple, depends on our decision right here and right now.

Annora Ng is a researcher of the HKGolden50, an independent and non-profit research organisation

Be the first to comment on "Hong Kong enters golden era, but only if …."