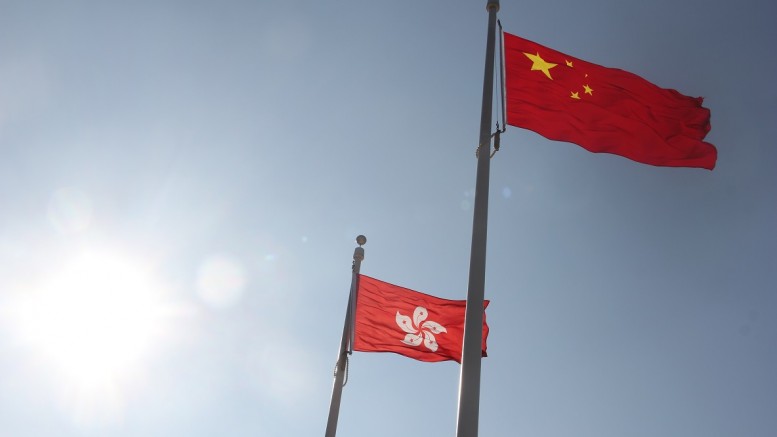 The Hong Kong-China World Cup qualifier is more than a football match.

Three points from the World Cup qualifier between Hong Kong and China at the Mong Kok Football Stadium in Kowloon on Tuesday night.

Although the national team ranks 84th in FIFA world ranking, they are still miles ahead of the Hong Kong football team, which takes the 145th position in the latest ranking. In all other aspects including the number of football players and the scale of their professional soccer leagues, the national team is rightly seen as the stronger side compared with the Hong Kong team. Put in the context of the constitutional structure under the “one country, two systems” framework, Hong Kong is a special administrative region of China. Its football team is therefore more like a local team in the 1.3 billion-populated nation. The national team, which represents the nation, is therefore under immense pressure for it to beat the local team, not to mention the international match factor.

The “China big, Hong Kong small” factor aside, the national team and the football officials are faced with extra pressure for them to deliver results in view of their long-time poor, if not humiliating, performance in international contests, in particular the World Cup. With the neighbouring Japan and South Korea having already entered the previous World Cup final round, that the China national team has not yet joined the league has been seen as a national sorrow. It will be disaster if the national team is being eliminated in a division-level qualifier for the quadrennial football tournament in 2018. Then there is the Xi Jinping, who is a well-known passionate football lover. A strong China, but weak national football ball will be a no small embarrassment to Xi.

At a time when relations between Hong Kong and the mainland are riddled with tensions, tomorrow’s match is fraught with the risk of further frictions between the two peoples. Hong Kong has already become the subject of much criticism from Chinese netizens when some Hong Kong football fans booed the Chinese national anthem in its match with Qatar in Hong Kong in September. Hong Kong was fine for more than HK$40,000. The incident has provided another convenient case for mainland officials and pro-Beijing loyalists to condemn the growth of the so-called “localism” or even pro-independence sentiments in the former British colony. Fears of clashes between mainland and Hong Kong fans at tomorrow’s match have prompted the organisers to separate them. Take the example of toilets. It is a case of two separate toilets for two groups of fans. Police will also be on high alert for trouble-makers, who may turn it into a rally for political issues such as universal suffrage.

Is it mere coincidence that our top officials are too busy to be able to watch tomorrow’s match? Chief Executive Leung Chun-ying is said to have other engagements. He won’t go and, again, might assign his spokesman, Fung Wai-kwong, to follow the match on live TV broadcast – and report promptly the latest score. Financial Secretary John Tsang Chun-wah, who scored public relations points for being an enthusiastic fan of the Hong Kong team in its match with Qatar, is out of town. Reports said no cabinet members will appear at the stadium. That will certainly help avoid embarrassment for having to show with their body language which side they support: the national team (central authorities) or the Hong Kong team (local). It is understandable, though not necessarily excusable, that top officials have preferred not taking sides. Haven’t they always said sports is sports and no ‘politicisation’ of everything? On that, Legislative Council President Tsang Yok-sing has scored a goal backing the Hong Kong team.