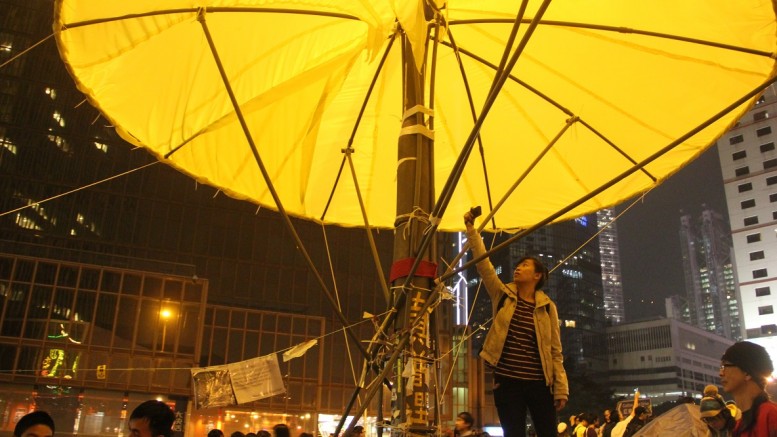 In the District Council elections to be held on November 22, 2015, the pro-democracy political parties presented about 200 candidates; if the pro-democracy independents and umbrella-group candidates are included. They will compete in around 250 constituencies. This number is certainly not satisfactory; ideally, they should field a candidate in every one of the over 430 constituencies.

The situation reflects the difficulties of the pro-democracy groups. They do not have the resources to support their candidates in grassroots services; and not enough young professionals are willing to accept the sacrifices of long-term constituency work without much prospect of advancing beyond a District Councilor position. On the other hand, their counterparts in the pro-establishment camp have good chances of receiving appointments to important advisory committees, and positions in the government as political assistants and even deputy secretaries.

The pro-Beijing united front has been building a resourceful and increasingly sophisticated grassroots network and electoral machinery since 2003, and its effectiveness has been proven. The elderly and recent immigrants in particular value their services. They have been loyally returning the favours with their votes. Through a major victory in the 2007 elections and a smaller victory in the following 2011 elections, the pro-establishment camp now controls a majority in all district councils and captures the bulk of the funding offered by the government for services at the district level.

In contrast, the pro-democracy groups now hold about 85 seats in all the district councils, and they cannot influence the decision-making processes. Their limited resources available have been further handicapped by the fact that they can hardly secure resources from their district councils and the business community.

Analysts say pan-democrats may get less than 50 seats

As the co-ordinator of the district council elections in the pro-democracy camp, I am not that pessimistic mainly because the incumbents have been working very hard and they are veterans who have survived from substantial pressures and challenges. Incumbents in both camps normally have an over 80 per cent chance of being re-elected as they hold a service record of at least four years (often considerably longer), and have an office with at least one assistant. A challenger will find it difficult to overcome the odds.

Co-ordination work has been successful within the pro-democracy camp, as there are no clashes of candidates among the participating groups. Even People Power has agreed to exchange information and avoid mutual criticisms. Clashes of candidates with the so-called “umbrella groups” have also been reduced to six constituencies. Satisfactory co-ordination, however, is far from adequate to guarantee good electoral results.

Two important factors of the electorate may affect the outcome of the elections. One is the concern of the electorate to maintain checks and balances, which has been the single most important factor contributing to a consistent 55-60 per cent support for the pro-democracy camp in the direct elections to the Legislative Council. However, this concern has been much weaker in district council elections, though middle-class voters now feel that their core values and lifestyles have been increasingly challenged by Beijing’s interference.

The other factor is the pattern of political participation by young people. Their support for the Occupy Central Campaign was impressive and demonstrated their grievances and frustration which had prompted them to take part in protest activities. But their recent registration as voters has not been encouraging. About 40 per cent of the newly registered voters are young people with a significant proportion who has just reached the age for voting. Another 40 per cent are elderly people. The registration of the latter group probably represents the efforts of the pro-Beijing groups. If young people mainly rely on protest activities to vent their anger and are not interested in the official channels of political participation, this is not an encouraging trend, both for the pro-democracy camp and for Hong Kong.

Joseph Yu-shek Cheng is former professor of politics at the City University of Hong Kong.