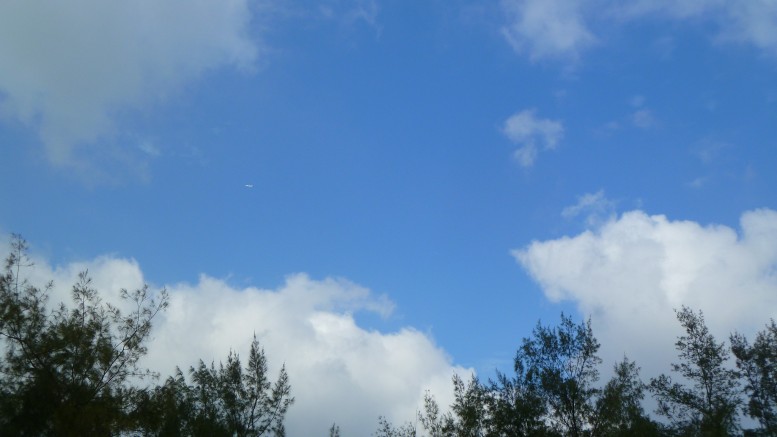 Hong Kong people can as the last generation play a role in saving the planet.

“We can be the first generation to succeed in ending poverty; just as we may be the last to have a chance of saving the planet.”

These are the bold words enshrined in an United Nations document last month entitled “Transforming our world: the 2030 Agenda for Sustainable Development”. One may dismiss this as grand positioning by world leaders who are keen for photo-ops, but quickly forget what they have signed by the time they step on the plane home.

Yet the crisis demanding such bold response remains – none other than the climate change challenge we all face. Not a single week goes by without some more grim announcements by scientists around the world.

One of the latest news comes from the California Institute of Technology. Their scientists found that should the global temperature increase to around 3 degree Celsius (5.4F) above the pre-industrial era then the ice shelves that hold back the giant continental ice sheets would be lost over the next few centuries. This would trigger a collapse that would go on for thousands of years, raising sea levels by 0.6 metres to 3 metres by the year 2300, ultimately up to 9 metres above current levels.

Why should Hong Kong people bother?

All frightening stuff, but what has that to do with Hong Kong, or more specifically, why should this generation of Hongkongers bother?

At this point, you may like to pay a visit to a few MTR stations – Hong Kong, Kowloon and Hunghom stations, because they will be the first batch of stations to be submerged in seawater. Nobody can tell when but with more frequent incidence of extreme weather events, such nightmares may occur in the next few decades rather than centuries.

As the UN document “2030 Agenda” points out, “Climate change is one of the greatest challenges of our time and its adverse impacts undermine the ability of all countries to achieve sustainable development. Increases in global temperature, sea level rise, ocean acidification and other climate change impacts are seriously affecting coastal areas and low-lying coastal countries, including many least developed countries and small island developing States. The survival of many societies, and of the biological support systems of the planet, is at risk.”

The UN Climate Change Conference, COP21, which will begin meeting in Paris at the end of November, is designed to avert such crisis. Yet the prognosis is grim. Based on the current pledges by all states for carbon emissions reduction, the so-called “Intended Nationally Determined Contributions” (INDC), average global temperature will go up by 2.7-3.5 degree Celsius above pre-industrial level by 2100, way above 2 degrees – the safe level agreed by world scientists.

The bottom-up approach using INDC is a relatively recent invention after the failure of the Copenhagen Conference in 2009. To date governments have escaped meaningful scrutiny and rejected notions of “fair shares”, asserting the uniqueness of their particular “national circumstances” and their “right” to determine their own level of climate ambition. The result is a large shortfall of emissions reductions creating risks that are tantamount to gambling with planetary security.

A recent report by 18 international NGOs, including Oxfam and World Wildlife Fund, made an attempt to estimate the fair shares for carbon reduction efforts among all countries, based on their historical responsibilities and their capacities to take climate action.

The finding is alarming. Not only does the current INDCs represent substantially less than half of the reduction in emissions required by 2030, but the ambition of all major developed countries fall well short of their fair shares. Those with the starkest gap between their climate ambition and their fair shares include Japan which contributes to one-tenth of its fair shares; United States, one-fifth; European Union, slightly over one-fifth; and Russia, none. On the contrary, developing countries like China, India and Indonesia have pledged more than their fair shares.

Hong Kong is in a unique position. While it is part of a developing country, Hong Kong enjoys high autonomy and is capable of contributing more than China as a whole. By doing so, the HKSAR Government can not only spur green growth in the local economy, but also strengthen China’s negotiating position in Paris.

At this critical juncture, Hong Kong civil society will be sending an NGO delegation to COP21. From decades of international experience it is clear that without active participation by civil society and the business sector, governments are incapable of pushing forward any visionary agenda. Oddly, Hong Kong government is not entitled to send its own delegation to Paris, though Secretary for Environment Wong Kam-sing will be taking a few local officials to join the China delegation.

Should Hong Kong people be proud to take their role as the last generation to save the planet, or be lamented by future generations for their inaction? Such clues can only be found in Paris.

Albert Kwong-Tak Lai is CEO of CarbonCare Asia, and Leader of HK NGO Delegation to COP21

Be the first to comment on "Climate Clash – Will Hong Kong be lost in Paris?"