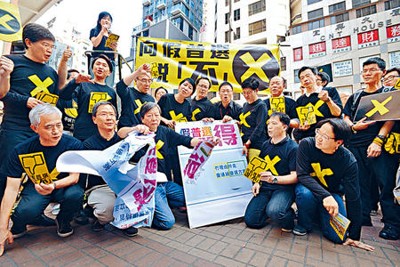 While presiding over China’s largest-scale military parade on September 3, President Xi Jinping announced with big fanfare the demobilization of 300,000 troops from the People’s Liberation Army (PLA).

This was widely interpreted as a gesture of good will to China’s neighbors who are spooked by the country’s no-holds-barred military modernization the past decade or so.

Xi, who is also commander-in-chief by virtue of his chairmanship of the policy-setting Central Military Commission (CMC) of the Chinese Communist Party (CCP), has been planning major restructuring of the defense establishment since he was appointed CMC vice-chairman in 2010.

What Xi did not reveal during his speech at the rostrum of Tiananmen Square, however, is that the reduction of PLA staff would mainly come from ground forces as well as auxiliary outfits such as the army’s medical, engineering and entertainment units. For example, the PLA has a world-famous Song and Dance Troupe, which has produced popular performing artists including Peng Liyuan, now the wife of the president.

Given the focus on technology and IT-enabled warfare in the 21st Century, and the fact China does not face threats from erstwhile enemies such as Russia and India, the ground forces have become bloated and increasingly expensive to maintain.

Given China’s ambition to become a “maritime power” and its increasingly ferocious sovereignty disputes with neighbors in the South China Sea and the East China Sea, expansion of the navy is a key concern of the CMC leadership.

“Open seas protection” is a euphemism for the navy protecting vital overseas interests including sea lanes of communication through which China-bound tankers carry oil and gas from the Middle East and Africa.

Beijing sources close to the defense establishment said the staff establishment of the PLAN, currently at around 235,000, would be augmented by up to 50,000 by the end of this decade.

Moreover, the CMC has boosted the regular deployment of PLAN vessels to different parts of the world so as to project Chinese hard power on a global scale. In an apparent show of force, the PLAN earlier this month (Sept) sent five warships to the Bering Sea on the eve of President Obama’s visit to Alaska.

The other PLA unit that will benefit from an increase in both budget and personnel is the secretive Cyber-warfare Unit. President Xi, who chairs the CCP’s Central Leading Group on Cyberspace Affairs, has taken a personnel interest in enhancing China’s ability to conduct cyber-warfare against countries and regions including the United States and Taiwan.

In the past year, the PLA’s Cyber-warfare Unit has been accused of hacking into U.S. government agencies as well as major American corporations. While President Obama is set to raise this issue during his forthcoming summit with Xi in Washington, it is unlikely that the PLA would observe more caution in such activities in the foreseeable future.

Meanwhile, Xi and his top military advisers are putting the finishing touches to other restructuring efforts within the PLA. For example, an Army Command is due to be established to take charge of the ground forces. Until today, China’s ground forces are under the control of the General Staff Department, which also oversees the country’s overall defense-related goals, strategies and policies.

Moreover, the country’s seven military regions (MR) will be reduced to four in the interest of streamlining operations and curbing military corruption.

Xi, who is the only Chinese leader since the Cultural Revolution to have seriously tackled corruption among the top brass, is taking this opportunity to sideline or retire the protégés of two senior generals detained for graft-related charges the past year. They are former CMC vice-chairman and Politburo members Generals Guo Boxiong and Xu Caihou.

While General Xu passed away last March and Guo is due to appear in military courts later this year, they still have powerful underlings and cronies who occupy senior slots in both headquarters and regional units. The restructuring exercise will amount to a golden opportunity to sideline officers from rival factions and install members of the Nanjing Military Region Faction – which is Xi’s own clique within the armed forces – to senior positions in different branches of the PLA.”