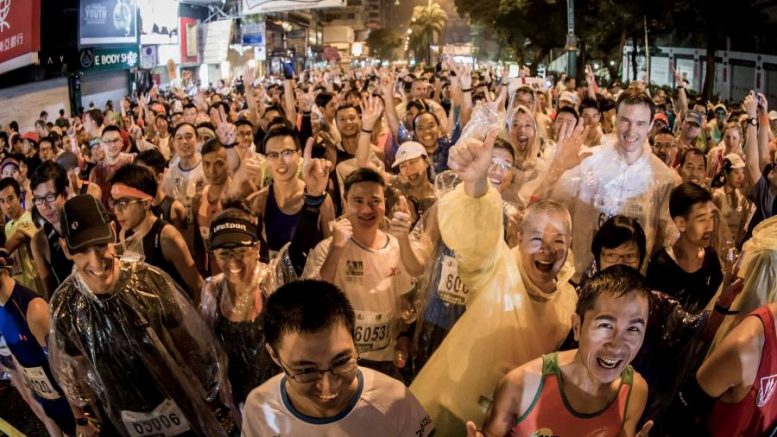 The Hong Kong crowd reacted with “wow”, followed by disbelief, when Chief Executive Leung Chun-ying stirred up another controversy two years ago. That time it was about two unlikely areas, namely sports and religion. He said the two sectors did not make much economic contribution. Fast forward to 2016, the debate is still inconclusive.

Why? Because, sadly, Leung has spoken the minds of certain parts of the society, who shared the view sports have offered little to GDP. And sports does not matter a lot to them.

Figures speak. A survey conducted by the Department of Health found 60 per cent of Hong Kong people have spent less than one hour on sports on average each day. Some spent none at all. Of them, you may be one, now asking why sports matter when reading this.

To be fair, the government is not laying back, or the Cantonese chic, “hea”, when it comes to promoting sports. The Major Sports Event initiative was launched in November 2014. Under Project Phoenix, the Hong Kong Football Association has been given an annual budget in the tune of HK$20 million to promote football at both professional and street levels. A visit of China’s Olympics Gold Medallists at the end of the quadrennial event to the city to showcase the spirits and merits of sports has become a routine post-Games exercise. Commercials breaks in TV were dotted with warm reminders of citizens to stretch their arms and legs 30 minutes a day.

Officials’ sweating has helped little to push sports to a higher place, however. Not likely so in the foreseeable future.

Utilitarianism is in the DNA of Hongkongers. Naturally, they belittle sports because it brings no materialistic benefits to them and society at large. The deeply-rooted, firmly-entrenched view has dampened the interest of people in doing sports. Enter long hours in work place and on mobile devices. Sports and some kinds of it have slid into a low place on the to-do list of people, who are forgetful of the saying that sports and exercise are the “apple” that keeps doctors away.

The benefits of sports

Research findings show your body will release Endorphins, which are chemicals that help reduce perception of pain, while doing physical exercise. It also triggers positive feelings which could help you to have a positive, energizing outlook of life as well as having a better self-image.

Former US President Richard M. Nixon once said: “I don’t know anything that builds the will to win better than competitive sports.” Doing sports also helps you build characters and learn how to set goals which could come in handy in life. Not to mention good health and physical strength.

In the bigger picture, sports brings people together. 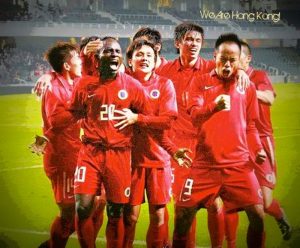 Social issues like parallel good traders from China or such political disputes as the recent interpretation of Basic Law by Beijing, to name but a few, are divisive. They have torn the society apart. Not just among the people, but between the people and the government.

There are no quick-fix to do the healing right away, but we believe sports can do the magic. It could enhance social cohesion, build togetherness.

Take 2015 FIFA World Cup Qualifier games as an example. Hong Kong was grouped with China. Since the relationship between the two was not at its best, the matches between the two had been likened as “civil war” in the daily talking in town. Hong Kong’s home match saw tickets being snapped up within an hour. The majority of the 6,071 football fans at the Mong Kok stadium chanted and raised a flag, saying “We are Hong Kong”.

In one of the rare times in recent Hong Kong, the people came together as one. Social cohesion was stronger than ever. Watching the play of the Hong Kong footballers has emerged as an emotional escape for them to put aside their feelings of anguish and despair about social and political squabbles. They have one goal in their hearts: cheering for Hong Kong.

It is the power of sports in full display.

It helps reaffirm the key societal values, it is also a way to bring Hongkongers together, ease polarisation. There are pro-establishment and anti-establishment camps in the world of sports. Everyone will not be pigeon-holed in Team Democrats or Team Loyalists. Only Team Hong Kong.

While creating business opportunities and facilitating economic growth, a well-developed sports industry helps showcase a city’s soft power. The performance of athletes in international games could reflect how much support they receive from their governments. It is a showcase of a city’s technology as well as science and research development.

There is no denying our sports sector has not generated as much economic benefits as sectors such as finance and tourism. It still provides a sizeable pool of jobs such as coaches, trainers and athletes, not to mention the sportswear industry

As the basketball legend Michael Jordan once said, “I can accept failure, but I can’t accept not trying.” So Hong Kong, are we in this together? Are we ready to try” To make this place shining in the world of sports? Doing whatever it takes to scale new height in sports?

Kimberly Choi, Phoebe Chow, Wing Chan, Kannas Wu are Year 4 students of Shu Yan University’s Department of Journalism and Communication. This is their final project article of a course on English Editorial and Commentary Writing.