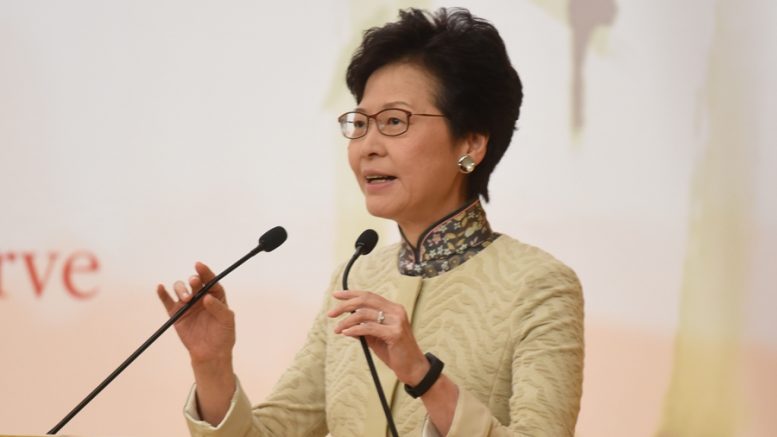 What are they waiting for? Retired judge Woo Kwok-hing has kept asking his would-be rivals to follow him after took the lead to declare his for the next chief executive in October. After almost two months, one of them heeded his call. Yesterday, Regina Ip Lau Lau Suk-yee, formerly security minister and now a legislator, launched her campaign.

John Tsang Chun-wah, who resigned from the post of Financial Secretary on Monday, has not yet announced his candidacy. That is seen as just a matter of time. Uncertainty, however, shrouds over the decision of Chief Secretary Carrie Lam Cheng Yuet-ngor.

Mrs Lam, the Government’s Number Two and the seemingly closest ally of Chief Executive Leung Chun-ying, appears to vacillate over the question of “to run, or not to run.”

She has kept silent after telling the media on Saturday, one day after Leung shocked the society with his decision not to seek his second term, she would reconsider in the wake of the drastic change.

Her quick act to prepare for a U-turn, which followed Leung’s hint of a reversal of her retirement decision in his “pull-out” statement, have reinforced one long-held line of thinking in the political circle that Mrs Lam will be the “Plan B” if, for whatever reasons, Leung does not run.

Stressing on the importance of policy continuity in his recent remarks, Mrs Lam is no doubt the best person in the eyes of Leung to protect his legacy.

In a sense, it is also her legacy. Mrs Lam shared the same destiny with Leung and the common interest of defending their policies in the past four years. Seen from the perspective of obligation and power play in the post-Leung era, she would see herself as the best person to shepherd the present policies.

In his Saturday remarks, she made it clear one of the three factors she would consider was whether the “chief executive’s governing vision… as well as the policies in his administration could be sustained.”

Her explicit pledge to uphold the Leung policies has given ammunition to the pro-democracy camp to shift the target onto her now that Leung has ruled him out from the race.

Instead of championing for the ousting of Leung in the 2017 chief executive election, the pan-democrats have already revised their advocacy to block the election of another “689,” the nick-name of Leung, who won the post with 689 votes in 2012.

The pan-democrats hold more than 326 seats in the 1,200-member Election Committee. More than 200 newly-elected electors were nominees for former chief secretary Henry Tang Ying-yen in the 2012 chief executive race. 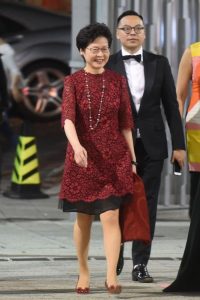 Together, they have taken up nearly 550 votes, just 50-odd votes short of the threshold 601 votes as required to become the chief executive. Under the election rules, the successful candidate needs to get at least 601 votes.

Political pundits believe, with good reason, most, if not all, who had backed Tang in 2012 are likely to support John Tsang.

Of the remaining 600-700 votes or so, some sources close to the political circle said Beijing would only be able to control between 400 and 500 votes.

Beijing’s weakened influence in the Election Committee and the related problem of Leung’s unpopularity are a critical factor behind the decision reportedly made by President Xi Jinping to dump Leung within days before Leung’s announcement on Friday.

Whether Mrs Lam, who did better than Leung in surveys, could win the hearts and mind of the EC and society at large, however, is increasingly in doubt. Doubts grew deeper after she vowed to “sustain” the Leung policies.

It may not be acceptable to her. But the reality is that she will be fighting an uphill battle if she champions the continuity of Leung’s governing policies and approaches.

Soon after Leung’s announcement, some Leung supporters have insisted it was just a change of “man or woman”, not policy. Beijing’s policy towards Hong Kong will remain unchanged.

That Leung was ordered not to run is a clear verdict made by Beijing that he has failed, at least in important parts, in the past four years. The only logical guess is tat they want to see change, at least some kind of it, in the next five years. 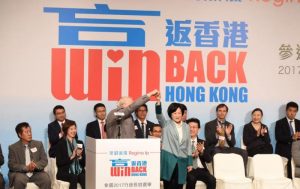 Even if they want Mrs Lam to succeed, they would probably want to see some important changes and adjustments both in terms of policies and governing strategy.

It is arguably unclear whether Mrs Lam is Beijing’s “Plan B” after Leung is out.

Also importantly, judging from the composition of the Election Committee, Tsang seems to have an edge over Mrs Lam and Mrs Ip if members cast their votes tomorrow.

If that is the case, there are good reasons for her to seriously assess her chance or to seek assurance from Beijing about their support for her.

In view of the drastic changes, Beijing may not possibly be able to give any assurance about the securing of enough votes for her to take up the top post. The election scene has been further complicated by the candidacy of Mr Woo and Mrs Ip.

Without a clear blessing from Beijing, the election bid of Mrs Lam cannot be taken for granted.

Be the first to comment on "Carrie Lam vacillates on ‘run, or not to run’"