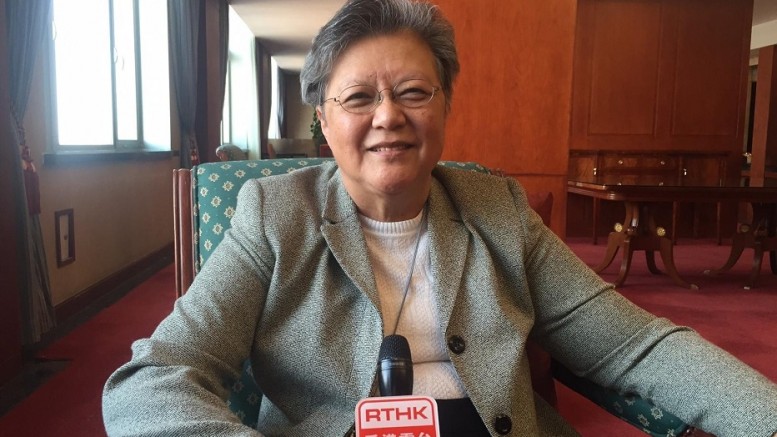 Two lawmakers who belong to the Democratic Alliance for the Betterment and Progress of Hong Kong (DAB), Chan Kam-lam and Leung Che-cheung, said the party should field a candidate to contest the 2017 chief executive election. Leung has named two potential candidates, namely Tsang Yok-sing and Tam Yiu-chung. Tsang is DAB’s founding chairman. He was succeeded by Tam, who handed the torch to Starry Lee Wai-king. Chan and Leung spoke as voices in support of and against Leung Chun-ying’s re-election surfaced. Three thoughts on the intriguing developments.

When it comes to the number of seats they held at the Legislative Council and District Councils, the DAB is undoubtedly the Number One political party in Hong Kong. Its total membership has also outnumbered the aggregate total number of members of all pan-democratic parties. Unlike their pan-democrat rivals, they never have to worry about financial resources. Inaugurated in 1994 and being groomed to become the pro-Beijing, pro-government flagship, the DAB has done so and is best qualified to be the ruling party. Intriguingly, the party has shied from saying anything about whether or not they want to form a government. They have not fielded any candidate to stand for the previous chief executive elections.

The DAB pair’s suggestion did not seem to indicate a change of direction towards becoming a ruling party. They seem like an off-the-cuff remark without being thought through. Aside from the fact that the chance of Tsang or Tam contesting the top race is slim, the party lacks enough capable hands to man a decent cabinet. Greg So Kam-leung, a former DAB vice-chairman, has become the party’s first leader to take up the post of minister in the current Leung administration. His performance, however, has left much to be desired.

More importantly, the party is probably waiting for a cue from Beijing on whether they should steer towards a ruling party. Before a clear direction is given, the city’s Number One party will have to settle for a marginal role in running the city.

If anything, the DAB pair’s idea shows Beijing has not yet made up their mind on the next chief executive race as senior official Wang Guangya has said during the NPC and CPPCC sessions. Beijing had kept silent on the performance of C. Y. and his re-election. With Beijing not having given even a hint, loyalists such as Leung and Chan feel relaxed to give their thoughts on the next chief executive race. Chan Yuen-han, a legislator from the Federation of Trade Unions, was bolder. One of the first supporters of C. Y. in the 2012 CE election campaign, Chan is now full of regrets, saying she feels disappointed with his leadership and would not support his re-election bid.

Speaking to reporters in Beijing on Monday, NPC Standing Committee member Rita Fan Hsu Lai-tai said Leung’s pledge to build a “Hong Kong camp” by uniting the people after he won the 2012 election “did not see results”. She also said Leung’s popularity “did not rise continuously,” adding Beijing might consider other possibilities. Her remarks represent a no-ambiguous thumbs-down on Leung’s bid for his second term. It is also a message aimed for aspirants from the pro-establishment camp that they should come out to contest as Leung’s second term is not a foregone conclusion.

Her verdict on Leung contrasts sharply with the positive comments made by business Vincent Lo Hong-sui and FTU veteran leader Cheng Yiu-tong, both seen as diehard “fans of Leung” on the leadership of C. Y. in Beijing in the past few days. Apparently feeling the heat of a “anti-Leung” campaign within the pro-establishment force, Lo and Cheng have come out to back Leung for taking a hardened stance in handling the tough issues facing the city.

On Tuesday, Leung defended his governance since taking office at a media session before an Executive Council meeting. He seems to have smelled the rat.