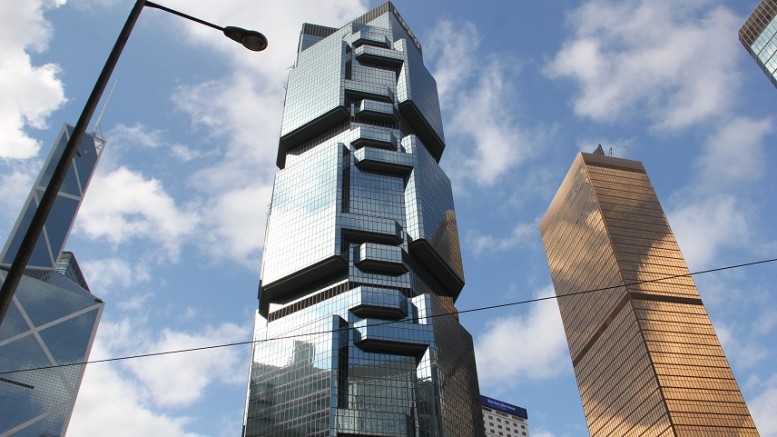 Hong Kong continues to play an indispensable role for enterprises and projects in mainland China to raise funds.

Financial Secretary John Tsang Chun-wah is the only government official who responded to Moody’s downgrading of the outlook of Hong Kong’s credit-rating. Other senior officials have refrained from commenting. It is indeed common sense for Moody’s to say the strengths of Hong Kong’s institutions may be adversely affected by political risk caused by the growing political links between the city and the mainland. But it is not easy for officials to make even a routine response in view of the current sensitive political environment.

Tsang said Moody’s conclusion is “totally wrong. He argued the “China risk” Moody’s has alluded to is indeed a “China opportunity.” So, what is “China risk”?

Moody’s said they included the debt problem, risk in the banking system and policy risk caused by economic reform. It should be pointed out that Moody’s only downgraded China’s outlook of credit-rating. China’s sovereign credit-rating is still Aa3. Moody’s explained this is because China’s financial strength and foreign reserves are still strong and that the government is still able to resolve the problems of imbalanced economy step by step.

Despite the depth of China’s strengths, the deep-seated problems accumulated over the years are aplenty. One example is the 4 trillion yuan stimulus plan for the economy rolled out in 2008 in the wake of the financial turmoil. The huge spending has resulted in a massive number of investments that are low in efficiency and cost-effectiveness. Massive flow of capital to the property market has brought about serious imbalance in the market.

According to a report published by international consultancy firm McKinsey in February last year, the total size of public and private debts as of mid-2015 hit US$28 trillion, or 282% of its GDP. Faced with huge debt, China must strive for deleveraging and tighten their loose credit. But confronted with slowing economy, China urgently needs to relax credit to stimulate the economy. China cannot have the cake and eat it. The result is that government policy often comes to a dilemma. As long as China has not tightened credit, fresh speculative activities in stock and property markets will surface if the government loosens its grip on the two markets.

The property market is a classic example. The Chinese government has relaxed rules governing the purchase of the second flat of residents in a bid to prop up the ailing property market. This has prompted a lot of local authorities to launch P2P platforms for providing loans to home buyers. Under the scheme, lenders will provide loans to buyers for their first-instalment payment on top of their bank mortgage. Officials from the People’s Bank of China have said at a press conference last week home buyers must pay the first instalment of their flats from their own pocket. They said they would also check whether the P2P platform operators are qualified lenders.

In the final analysis, Hong Kong continues to play an indispensable role for mainland enterprises and projects in fund-raising. The Third Board proposed by the Hong Kong Stock Exchange seems to be aimed to meet the demand for funds from the emerging innovation-type enterprises. Furthermore, Hong Kong’s offshore renminbi market help ward off the shock caused by “external forces” against the onshore renminbi market. This could help avoid the mainland from imposing exchange control in times of extraordinary circumstances. Seen from that light, China crisis could create a lot of China opportunities for Hong Kong.

Chan King-cheung is a veteran journalist. This is a translated version of his regular column published in the Chinese-language Ming Pao on March 15.