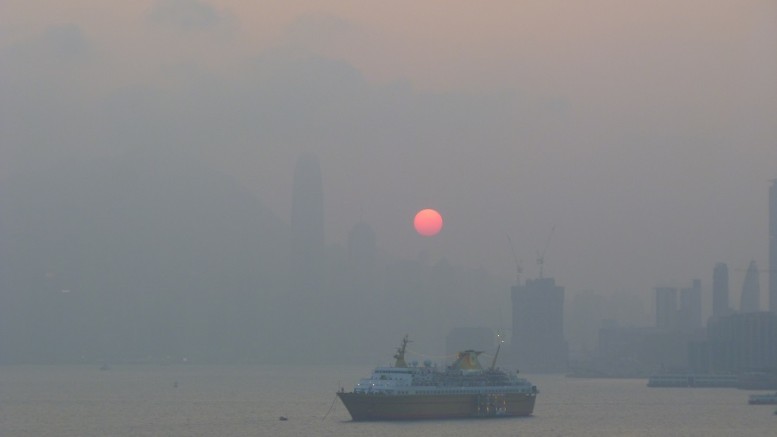 China’s propaganda machine was in full swing blasting the international rating agency Moody’s after it downgraded the outlook of China’s sovereign credit rating from “stable” to “negative” on March 2. The official Xinhua news agency has accused the credit-rating agency of having double standard towards the emerging economies led by China and the developed economies led by the United States. Its sister website, Xinhuanet, said Moody’s rating reflects the “habitual bearish” viewpoint on China’s economy held by overseas credit-rating agencies. It said they have failed to take a dynamic view on the stability of China’s finance. In a commentary carried on its website, the Global Times urged Moody’s to be humble when commenting on China issues.

Imbued with confidence, Chinese leaders have said firmly on international occasions China would choose their own path of development. Yet China reacted strongly when international credit-rating agencies and figures made criticism or gave a dim view on China. Moody’s is not the lone one. Last month, world-known investor George Soros was also vehemently attacked by the mainland media for his gloomy view on the Chinese economy.

Moody’s cited three factors behind their conclusion, namely rising government debt, outflow of capital and a drop in foreign reserves and uncertainty and stability in reform due to difficulties in implementation caused by economic imbalance. Anyone who are watching China’s economy closely in the past two years will not dispute with the three findings. They will not find it difficult to support China’s claims that Moody’s deliberately takes on China.

The credit-rating controversy did not come to an end following the blitz of publicity fight-back. On March 23, Moody’s downgraded Hong Kong’s credit-rating outlook from “stable” to “negative” because of the growing political, economic and financial ties between the city and the mainland. In view of the increasing trade ties across the border, many banks in Hong Kong have business operations in the mainland. On the political front, there are also closer political ties. The overall political situation will grow more tense in the lead-up to the 2017 chief executive election, making impacts on governance. Their findings are hardly novel, nor are being exaggerated.

Financial Secretary John Tsang Chun-wah dismissed Moody’s assessment as “totally wrong.” He argued Moody’s finding about the political risk caused by growing political ties between the city and the mainland is purely speculative and too subjective. Tsang went further to say what Moody’s sees as a “China risk” is in fact a “China opportunity.” His argument is not convincing, nevertheless.

Former chief executive Tung Chee-hwa has a well-known saying, “When China is good, Hong Kong is good.” History, at least part of it, shows the opposite. At many times, Hong Kong has more opportunities when China runs into problems. There is now a “China opportunity” as the mainland’s economy and finance is in big trouble. From that perspective, it is indeed a big opportunity for Hong Kong to show our talents.

Be the first to comment on "Is ‘China risk’ a ‘Hong Kong opportunity’?"