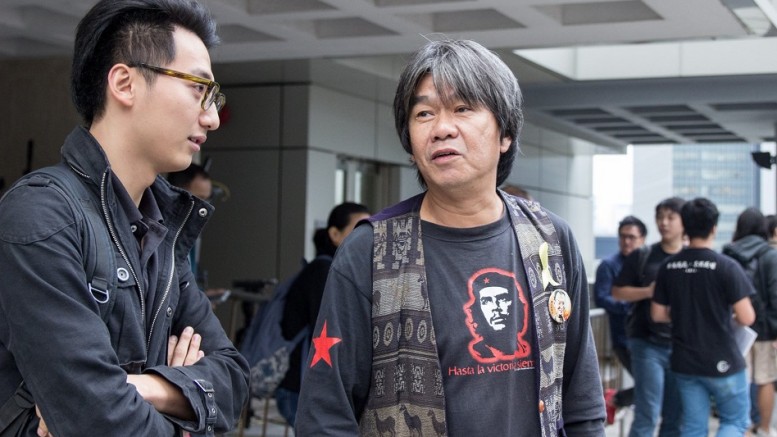 After reading mountains of news stories and commentaries that either support or denounce protestors who threw bricks, glass bottles and other objects during clashes with the police on February 8-9 (the first and second days of the Lunar New Year), I finally found a voice that I endorse: Long Hair on Commercial Radio (http://crtv.881903.com/crtv/index.php?cat=all&vid=Q6NSKaYR4ds). Long Hair often wears T-shirts with the iconic image of Che Guevara. He observes that the Chinese Communist Party’s power grew out of the barrel of a gun and that many political struggles in history were violent. Nonetheless, he concludes that violent resistance could not be effective in Hong Kong.

On the same radio program, Centaline’s boss Shih Wing-ching admits that he had thrown rocks during the 1967 riots. However, in general, Hong Kong people would not support violent resistance unless they are pushed to the cliff.

Shih’s argument is also supported by scholarly research. One of my favorite books in teaching contentious politics is Jeff Goodwin’s No Other Way Out. The title is self-explanatory. Fishball protestors clearly saw that they had no other way out this time. However, it is noteworthy that a book that examines armed revolutionary movements in the 20th century draws this conclusion: “As both a repertoire of contention and a motivating ideal, [armed] revolution seems to have lost much of its popular appeal and influence.” [p. 298]  “Perhaps the central reason for the increasing prevalence of nonviolent or unarmed protest… is the general expansion of most states’ infrastructural power.” [p. 296] Infrastructural power refers to a state’s “institutional capacity to penetrate its territories and logistically implement decisions.” [p.38]

Violence has slim chance of success

Although Che Guevara succeeded in Cuba, his efforts to spread armed struggles elsewhere failed miserably. Indeed, violence has a slim chance only when resisters are confronted with an infrastructurally weak state that cannot patrol every inch of its territory (as when the CCP was fighting against the Kuomintang during the civil war). Violence has next to zero chance in the face of an infrastructurally strong state.

Some commentaries draw analogies with the Arab Spring and Taiwan’s 228 incident. Ominously, both are cases of failure.

The fishball protests represent radicalization in the aftermath of the nonviolent Umbrella Movement. When nonviolence is seen as having failed, it is not surprising that some people are radicalized.

However, did the Umbrella Movement fail to achieve its goal (genuine universal suffrage in 2017) because the movement was nonviolent? Is nonviolence inherently weak so that protestors have to resort to what they call “forceful” resistance? This is total ignorance of what nonviolence is about. Nonviolent action is active rather than passive. Around the world, nonviolent resisters call themselves “warriors”.

It is also a mistake to think that the radicals’ “forceful” approach succeeded in reducing the number of mainland tourists in 2015. The radicals claim credit and the conservatives blame them. In fact, the decline in mainland visitors was overdetermined by a whole string of economic factors: mainland tourists’ interest in other destinations, the strength of the Hong Kong dollar at a time when other currencies were depreciating, and, most of all, China’s slowing economy.

Although the official narrative charges that the protests involved a premeditated plan, post-mortem analyses suggest that many protestors were acting spontaneously, out of anger after one police officer fired two shots. Here is another scholarly insight: No form of resistance could be effective if it is spontaneous. The lack of organization is also the real cause for the Umbrella Movement’s failure. Nonviolent action requires more than occupation of busy streets, it takes planning, organizing, and strategizing.

One key reason why violent protests are more likely to fail than nonviolent protests is that violence backfires on those who wield it. In this episode, protestors’ violence has backfired more than the police’s use of excessive force.

Another key reason is that success is more likely when those who wear blue jeans can neutralize those who wear blue uniforms. How do unarmed protestors have a chance against the regime’s full coercive might? Only when those who wield the gun defect to your side or at least refuse the order to shoot. This is why nonviolent movements are often symbolized by protestors handing out flowers to police officers. Attacking police officers, even those who are abusive, only helps to rally support for the regime.

Most of all, nonviolence is “a force more powerful” because success depends on the extent of popular participation. In this game of winning hearts and minds, nonviolence attracts while violence repels. As Long Hair points out in the radio program, Che Guevara was turned in by the very peasants he wished to liberate. This insight is even more relevant in the Hong Kong context. I have long observed that even Gandhi would look like a radical in very conservative Hong Kong. Given what I have been hearing from family, friends and strangers during the Lunar New Year week, the turn to violence has significantly alienated the less-than-committed, driving even those who detest the CY Leung regime to support the crackdown.

The way out is not to resort to violent acts again in the next protest, but to think about other forms of nonviolent resistance that have been proven to be effective in other difficult cases.