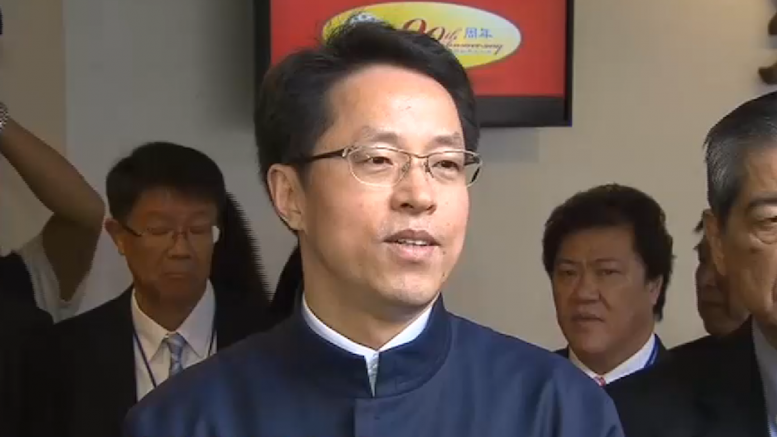 Despite accusations by Beijing against separatist groups for plotting the Mongkok riot, the chance of an early enactment of a national security law in Hong Kong remains slim.

Former Central Policy Unit head Lau Siu-kai is no doubt not the only one who argues the sooner Article 23 under the Basic Law is enacted, the better it would be for the city in the wake of the riot. But with the city becoming more polarised and mainland-Hong Kong relations further strained by the violent clash, any hasty attempt to resume legislative work on Article 23 risks creating more hatred and anger in the society.

Like the violence in Mongkok last week, the consequences of another Article 23 political storm will be unpredictable and could be profoundly disastrous to Hong Kong and the nation. Contrary to what Professor Lau has observed, it is bad time now for putting the national security bill back on the political agenda.

That said, it is not surprising and indeed is expected that the issue of Article 23 will be back to the city’s public debate in the aftermath of the Mongkok riot, dubbed by some Western media as Fishball Revoluation.

Flying the banner of localism, some alleged rioters have chanted the slogan of “nation-building” during their confrontation with the police. They may be mere slogans with no substance, concrete action plan and detailed roadmap. But they are enough to provide ammunition, if not excuse, for the Hong Kong government and Beijing to fire salvos against alleged rioters.

Following the labelling of the disturbances by Chief Executive Leung Chun-ying as riot, the Government has taken dozens of people to court for rioting charges. In Beijing, a Foreign Ministry spokesman branded instigator of the riot as “separatist” at a news briefing last week. Spokesman Hong Lei said: ““On the early morning of February 9, a riot plotted mainly by local radical separatist organisation rocked Mong Kok. ” He did not name names of organisations.

On Sunday, director of the central government’s Liaison Office in Hong Kong Zhang Xiaoming went a step further, linking the riot to an act of terrorism. He said at a Lunar New Year spring reception: “The activities of extreme separatist organisations have become more and more violent and even tended to be terrorist.”

But asked if Article 23 should be legislated, Zhang said the two issues are not related.

Under Article 23, Hong Kong should enact laws on its own to prohibit any act of treason, secession, sedition, subversion against the central government, among others.

In his 2014 Policy Address, Leung has warned against pro-independence views advocated in some articles published in a University of Hong Kong publication.

Speaking in an interview, Professor Lau said the pro-independence and localist ideologies are not supported by the majority of Hong Kong people. But he added Beijing is worried that they might grow and become a threat to national security in the future.

That the Foreign Ministry spokesman has claimed “separatist organisations” were behind the Mongkok riot reflects the depth of anxieties in Beijing towards the localist groups and the growth of pro-independence views in the city.

But a quick resumption of Article 23 legislative work is politically dangerous and technically unviable.

Under the current tense mainland-Hong Kong relations, the new national security bill to be put forward by the government looks certain to be harsher than the 2003 version. The then government shelved the bill after half a million people took to the street to vent out their anger towards a list of governance fiascos including Article 23 legislation.

With the current legislative session less than seven months to go, there is simply no time for legislative work. Any resumption of the enactment of national security law will have to wait for the next government, scheduled for inauguration on July 1, 2017.

In view of the sensitivity of the issue and the adverse impact on pro-Beijing, pro-establishment candidates in the next Legislative Council election, it looks unlikely both Beijing and Leung will change their official position on Article 23. Leung and his aides have stuck to their stance that they have no plan to enact laws on Article 23.

True, Hong Kong is obliged to enact laws on Article 23 under the Basic Law. But the delay in enactment has only caused political embarrassment. Few people seriously believe the legal vacuum incurred by the delay has brought about real threats to national security.

The fact the Government has invoked the rioting law to charge dozens of alleged instigators shows existing laws could be enforced in cases like the Mongkok riot.

After all, the riot has exposed a serious challenge to the authority of government, law and order in view of the escalation of violence, not a threat to national security because of any clear act of secession. Messing the riot up with the issue of Article 23 will cause more confusion and fears in the society, which is not conducive to lower the temperature in mainland-Hong Kong relations.