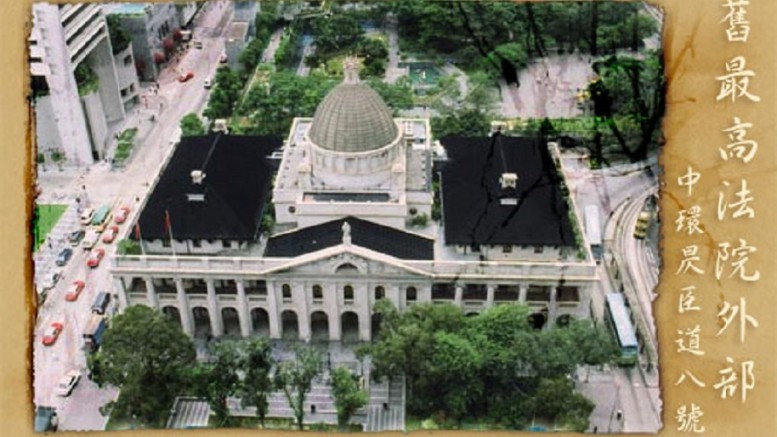 Located at the heart of Central, the Court of Final Appeal symbolises judicial independence and rule of law, which are pivotal to the city's success.

Hong Kong’s top judge and head of the Bar are in one voice in defence of judicial review in the midst of an intensified bashing against the system following high-profile criticism made by a retired final appellate court judge, Henry Litton.

The controversial subject of judicial review figured prominently in the speeches delivered by Chief Justice Geoffrey Ma Tao-li and chairman of the Bar Association Winnie Tam at the opening ceremony of the Legal Year 2016 on Monday.

Their remarks came after former Court of Final Appeal judge Justice Litton whipped up a debate about the merits of the judicial review system in a speech at the Foreign Correspondence Club last month. He has alleged of abuses of the system and the handling of some cases by judges, warning the system is “drowning in irrelevance.”

His claims of abuses of judicial review have given ammunition to loyalists and pro-Beijing media for demonising the system.

Meanwhile, Chief Executive Leung Chun-ying and some of his senior ministers including development chief Paul Chan Mo-po have lamented the government’s land supply and housing development have been delayed because of judicial review cases.

Leung’s spokesman, Fung Wai-kwong, whose official title is Information Coordinator, has lambasted barristers for double standard over judicial review. He wrote in a newspaper column although some barristers have rebuked Justice Litton’s remarks, they have continued to take judicial review cases, charging high legal fees. Fung said: “People are now concerned about conflict of interest. What about barristers?”

The mild, but robust, rebuttal of Justice Ma and Tam of criticism against judicial review does not seem to be coordinated. If anything, they have reflected growing concerns in the legal community about the misunderstanding, misjudgement and perhaps politically-motivated attacks against judicial review and independent judiciary.

Starting his lengthy speech with such basics as the purpose of law and principles including fairness, transparency and access to justice, Justice Ma waded into the politically-sensitive zones, putting such issues as public law cases, good governance, judicial review and independent judiciary in the context of the rule of law.

In an unequivocal statement, he said: “Judicial review overall serves the public interest and facilitates the well-being of our society. This status should properly be recognised.”

The substance and tone of his overall positive assessment on judicial review contrast sharply with the negative spin of government officials and loyalists in the judicial review system.

Claiming delays in some infrastructure projects caused by judicial review have cost taxpayers millions and billions of dollars of extra spending, government officials and their allies have sought to stir up public hatred for it to be turned into pressure for politicians, and perhaps judges, to curb judicial review against government decisions.

For Justice Ma, Winnie Tam and fellow judges and lawyers who endear rule of law, they know better than many the profoundly damaging consequences of putting judicial review in bad and negative light.

Photo: Picture taken from the Government’s Antiquities and Monuments Office