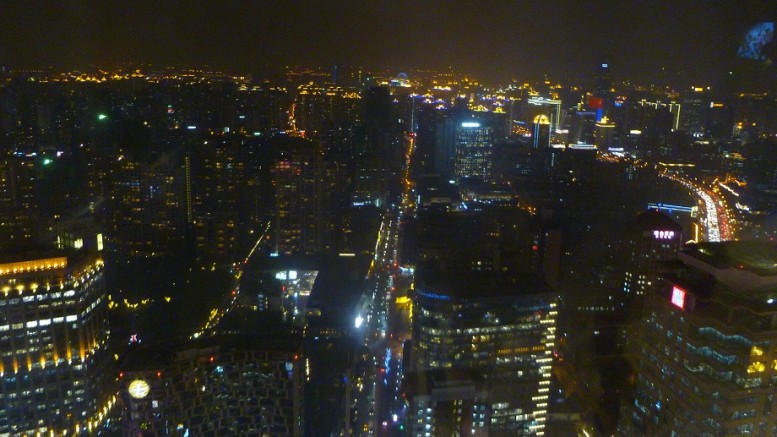 The lights of bustling Shanghai are still shining. But the stock market turmoil caused by a breakdown of circuit breaker and slowing economy have cast a shadow over the city and nation.

China’s circuit breaker mechanism for its A shares market made history after it became history four days after it took effect last week. Credibility is vital for policy. Government needs to show policy will be implemented in order to gain public trust. A policy that only has a lifespan of four days will deal a body blow to the authority and credibility of the China Securities Regulatory Commission (CSRC). It will also sap international confidence in the standard of China’s regulatory system over A shares market.

A suspension mechanism has been in place in China’s stock market. Why a circuit breaker has been added to it? Although such a mechanism has been implemented in other countries, it is unclear whether China fully understood its suitability in the mainland and how the market would react to it? CSRC should have conducted scenario analysis on circuit breaker. Why the U-turn in four days?

There are questions that have left unanswered. Among others, a set of three questions have been raised by Li Jiange (李劍閣), a former CSRC vice-chairman and personal secretary of former premier Zhu Rongji, at a finance forum on January 9. Li highlighted three questions about circuit breaker. First, factors that led to a breakdown of circuit breaker such as economic data, depreciation of renminbi and limits on sale of shares by shareholders are hardly new. Li questioned why those negative factors have not been clarified before the circuit breaker was implemented.

Secondly, Li questioned why CSRC often announced policy change late evening after pressure caused by the market grew. Thirdly, he questioned why the set of regulatory measures over the stock market has not yet been fully reviewed one year after they were implemented.

While raising questions, the veteran regulator did have given an answer. He questioned whether market regulation could be done well if there are no first-class talents to regulate first-class talents in the market. Li said: “There’s a severe talent crisis in our regulatory bodies.”

Li belongs to the first generation of China’s market regulators with deep understanding about A shares market. His questions have hit the nail on the head. But around the world, it is common that first-class talents are making money in the market while second-class talents are doing regulatory work in governments. It is indeed an universal phenomena. The reason is simple. Talents go to places where they can get the best pay. True, there is an imbalance in the talents in the markets and the governments. But still, why the CSRC did much worse than other regulators?

The main reason is that there are a complex web of interests in the mainland markets. They involved ministries and departments at central-level, local governments, military organs and military-industrial stocks, top-echelon of military-run enterprises, senior cadres and their relatives and friends and securities companies. Their networks are connected with the decision-makers at the top level. They do not care what a small regulatory body said. Without powers, first-class talents in a department in China will not be able to show their talents.

Be the first to comment on "Why China’s circuit breaker breaks down?"