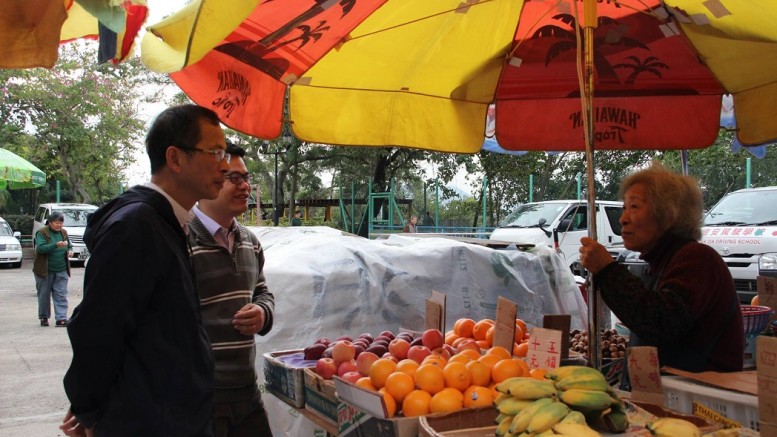 Professor Wang Zhenmin (王振民), Dean of Tsinghua Law School, has written an article about Hong Kong’s “deep-seated problems” in the Chinese-language Bauhinia Monthly magazine published last month. Of the three problems he pointed out, one is the conflict between the city’s existing capitalist system and people’s pursuit of welfare society.

But Professor Wang has observed that one major change after 1997 is that the government has changed from caring about the minority of rich people to the majority of people. “With the introduction of elective politics, the city’s taxation policy has changed. Rich people have been asked to pay more tax for the government to please the mass. The more the welfare the better.”

Professor Wang went further to say: “The essence of democracy and universal suffrage is wealth redistribution. This is in the right direction. But are we going to go from one extreme to the other extreme? Are we going to just care about the mass, not the rich?”

Professor Wang has emphasised the Basic Law has stipulated that Hong Kong should keep its existing capitalistic system unchanged. “(We) should not turn Hong Kong into a socialist, communist system. This is a bottom-line issue, the most deep-seated problem we cannot avoid.”

He seems to opine that governments in traditional capitalist societies only care about the rich, and those returned by universal suffrage only care about the ordinary masses. But if we look around the developed, affluent capitalistic societies, all of them have introduced universal suffrage for more than a few decades. It is true that they have “let rich people pay more taxes” and cared more about the majority of people since the last century. But that has not changed their capitalism nature, nor turned themselves into a welfarist socialist, or even communist society. They have continued to create a lot of billionaires.

Professor Wang should not even worry about Hong Kong. The scale of wealth redistribution introduced by the Hong Kong Government is so small that the Heritage Foundation has picked Hong Kong as the freest economy in the world. Hong Kong ranks the first among affluent, developed nations and regions when it comes to rich-poor disparity. The development of universal suffrage has not resulted in higher taxes for the rich people, not to mention going to the other extreme of “just caring the ordinary masses.” Professor Wang should put his heart at ease over Hong Kong’s move towards democratic universal suffrage.

Tsang Yok-sing is President of the Hong Kong Legislative Council. This is a translated version of his regular column published in Chinese-language AM730 on January 11.