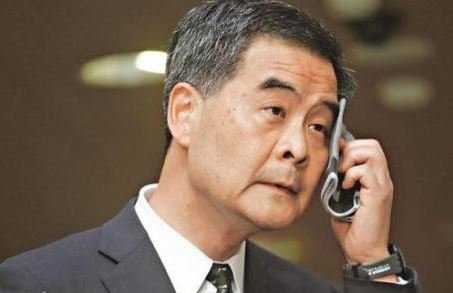 When China’s Number One man in Hong Kong, Zhang Xiaoming, spoke again, Hong Kong people listened, followed by boos from some. Many were left in a quandary. Others were not bothered to know what the fuss is all about.

If Zhang’s 26-minute speech at a Basic Law promulgation anniversary is aimed to enhance understanding of the post-1997 charter, he has done the opposite, creating more chaos and suspicions.

Is that the real objective of his speech?

Concluding his speech on Saturday, Zhang, the Liaison Office Director, admitted he has no doubt his remarks would cause a controversy, but added he was adamant he ought to make it clear.

In parts, he was correct. His comments about the “superior” legal status of the Chief Executive that is “above” the executive, legislative and judicial powers have whipped up more than waves, but storm.

But he was totally wrong on another front. Instead of clearing the air over the issues relating to separation of powers and the legal/political status of the Chief Executive, Zhang’s remarks not only shed no new light but needlessly made the issues more sensitive and emotional.

The sharp criticism made by pan-democrats and some other groups including the Bar Association has prompted Leung to wade into the row on Tuesday. Leung, in his usual “deny-and-blame” style, fingered at the critics for misleading the public, distorting what Zhang has said.

Earlier, Justice minister Rimsky Yuen Kwok-keung rejected claims by some pan-democrats that Zhang’s remarks mean the Chief Executive could become a “local king.” He said: “This is absolutely impossible.”

That the row over Zhang’s remarks has turned into a claim and counter-claim about whether the Chief Executive could become a “local king” shows the absurdity and lack of focus in the debate.

Under the Basic Law, there are clear provisions that put checks on the powers of the chief executive. He or she is and will not be above the law. Former chief executive Donald Tsang Yam-kuen, who is being investigated for wrongdoings when he was in office, knows better than anyone.

Moreover, Leung could give dozens of cases of failures and setbacks when seeking the blessing of the legislature on such matters as the setting up of an innovation and technology bureau and another one with the portfolio of culture.

If the debate has become muddled, Zhang and Leung have only them to blame. They have failed to give a clear case of what the “superior” legal status of the Chief Executive means. Their failure to do so and insistence that there is no separation of powers in Hong Kong have stoke fears that the SAR chief could become a local king.

In a sense, the debate about whether the Chief Executive is superior to the three power branches has no practical meaning. After all, he or she will have to act within the law. From that perspective, it is meaningless for the mainland officials to raise it.

Still, the debate about political terminology has kicked up the dust for obvious reasons. Doubters and critics fear, rightly, remarks such as Zhang’s are part of Beijing’s plot to redefine, if not rewrite, key provisions in the Basic Law to tighten up control, posing a threat to some of the city’s core values, namely common law and independent judiciary and checks and balances of powers.”