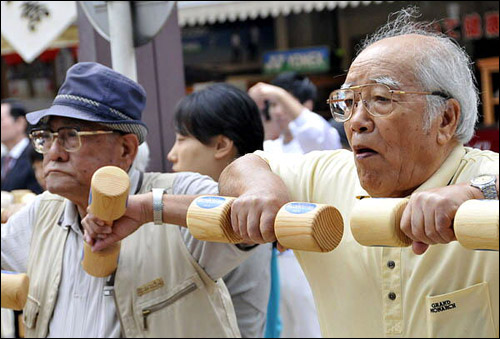 From time to time, high officials grumble about what they bill as a narrow tax base in Hong Kong. In their book, the territory’s tax rates are simply too low for their comfort. Several attempts were thus made to introduce a sales tax to open the net wider for public revenue.

However, the opposition to a goods and service tax is so strong that the government has had to shelve the idea. Officials have since changed tack to focus on promoting the Voluntary Health Insurance Scheme (VHIS) as a means to rid the government of one of its major financial burdens.

Leading the campaign is Secretary for Health and Welfare Dr. Ko Wing-man, who was a private physician before he took up his current portfolio in 2012. He recently told the press that the government was poised to siphon non-emergency patients to the private medical service providers under the proposed plan.

Private hospitals are supposed to take over optional, one-off, and non-life threatening operations, such as those on gallstones, hemorrhoids, prostates, and bone fractures. At present, residents can rely on public facilities for these medical procedures. They may have to line up in a long queue but the government system will eventually take care of anyone in need.

Under the VHIS, middle-income earners will no longer enjoy such entitlement. They will have to pay for their own insurance policies and go to private hospitals. The scheme, on the other hand, is not meant to cover expensive critical medical services.

In his welcome message on the VHIS website, Ko speaks with typical bureaucratic garble. He said: “The VHIS is part of our effort in recalibrating the public-private balance among other important policy initiatives that we are taking forward, such as developing electronic health record sharing, promoting public-private partnership, and ensuring supply of public and private healthcare manpower, services and facilities.”

The bottom line is that the VHIS is an indirect medical tax in disguise. Instead of being subsidized, residents will have to take out insurance policies to subsidize the government.

The scheme is premised on shifting a substantial load on the public hospitals to their private counterparts. This, of course, comes with billions of dollars for the latter. Those in the private medical market stand to benefit the most from the VHIS, which has already gone through two rounds of public consultations.

Ironically, the local high-quality private medical sector is already over-subscribed, thanks to the influx of visitors from Mainland China.

Private practitioners already have their plates full. They don’t need any further referrals from the VHIS.

Skilled medical hands in the public sector are already leaving by droves for greener pastures in the private market. The scheme is doomed to exacerbate the exodus. Ko is likely to resume his private practice after his term of office, which ends in less than 22 months. Although he might not like to admit it, he will stand to benefit as a private practitioner under the scheme when it is eventually implemented. There is a serious potential conflict of interest.

Hong Kong has never been a welfare state. The 12-year free education is one of the few notable social benefits for the middle class. Yet, as a result of the incompetent leadership of the Education Bureau, the standard of our primary and secondary schools has been on the decline. Parents are eager to send their children to private or international schools even they can hardly afford the inhibiting tuition fees.

The inexpensive and largely reliable healthcare system is the only meaningful welfare for residents, especially for the middle class. The VHIS will take away from them even that.

Hong Kong’s seemingly low income tax rate of 15 percent is only a myth.

Due to high land premiums over the years, an ordinary middle class family not qualified for public housing has to spend about half of their income on accommodation alone. Rentals for commercial premises are equally exorbitant. The high costs for operating a business are reflected in the prices of everyday consumer products and services. On top of the salaries and profits taxes, there is a much higher, invisible land tax in force.

The only reasonable way for “recalibrating the public-private balance,” as Ko puts it, is to pump more government resources into the public healthcare system. Despite repeated warnings from the treasury, the Special Administrative Region has never run into a deficit over the past decade.

Officials have been screaming about the prospects of an ageing population and its growing burden on the public coffers. The authorities have portrayed anybody at the age of 65 as “dependents.” Under such a definition, there were 5.3 workers supporting one elderly citizen in 2011. The ratio is projected to reduce to 3.4 to one by 2021.

The assumption that a person would cease to be economically productive by the age of 65 is, to say the least, questionable for Hong Kong today. I for one will turn 70 next year and I continue to earn my keep. Chief Executive Leung Chun-ying, who is overtly keen to be reelected, will be 69 in 2023 when he finishes his second term of office if he succeeds in the 2017 election.

In any event, our fiscal reserves have now snowballed to over HK$755 billion. We have been saving for exactly such an ageing scenario.

Our Secretary for Health and Welfare has a weird sense of priority. He sent three emergency room doctors to Thailand after the terrorist bomb attack in Bangkok, despite the obvious fact that they are not allowed to practice medicine there. Those Hong Kong tourists injured in the terrorist attack were already under proper care. Ko’s decision was no more than a political show. The trio could have contributed much more by staying at the local understaffed ERs where they belong.

And instead of pushing the VHIS, Ko’s time can be better spent on attending to crises at hand. I can name at least two for him: the lead-tainted drinking water in schools and housing estates, and the import of potentially contaminated food from Tianjin in the wake of the lethal explosion last month.”