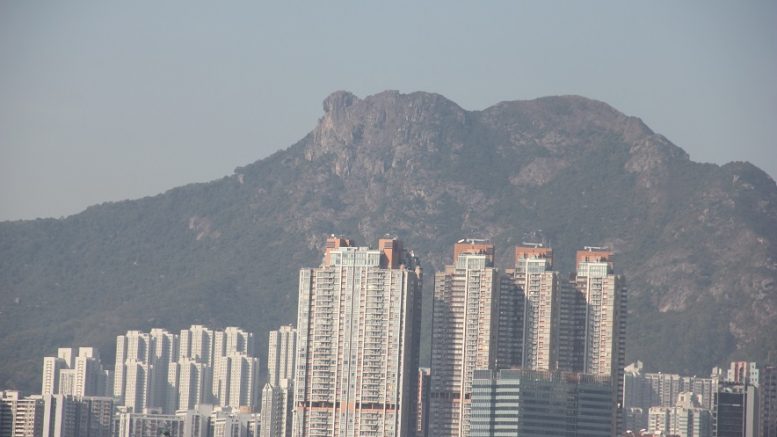 Even at this time of the year, I know a lot of people are out in our beautiful country parks. One of my family’s favourite pastimes is going for a hike along our amazing trails.

Visitors are often really surprised to find that a crowded city like Hong Kong has such wide-open spaces. And it does seem strange. We have a critical shortage of land for housing and other uses. Yet around 40 percent of our land area is green.

It is hardly surprising that we hear calls to use parts of the country parks for development.

It is probably true that some of the fringes of country parks are not beautiful or really worth preserving. In theory, we could get significant new land if we used just 5 percent of the country parks for housing.

Environmental groups oppose this idea. They say that after the first 5 percent, the same argument would come up again – and it would be another 5 percent. And then another. And so on.

I must say, I think the green groups are probably right on this.

If officials took land from the fringes of country parks, they would find a very easy new source of land. They would be very tempted to do it again – and then one day our country parks would be ruined.

The problem with the land supply issue is that everyone wants an easy solution that affects other people but not themselves.
But many people are also – I think – using the issue to score different political points.

I got in trouble a few weeks so ago when a newspaper quoted me as saying it would be “stupid” to use the Hong Kong Golf Club in Fanling for housing. I wasn’t actually defending the Golf Club. (For the record, I am not a golfer, but my company has a corporate debenture there.)

My point was that converting even the whole golf facility into housing would not have a meaningful impact on our land supply problem.

There is a good case for looking at how we use land currently occupied by exclusive private clubs. That is why the government is currently holding a public consultation on private recreational leases.

Many people think it is unfair that a small privileged group should enjoy such nice facilities – and for quite low rents. This is a “1 percent versus the 99 percent” conflict. And given public awareness of inequality, the government has to pay attention.
Personally, I think it would be appropriate to make Fanling golf course more open to the community. Maybe part of the area could be converted into a public golf course or parkland for everyone to enjoy.

But let’s not kid ourselves that converting clubs into housing will solve our long-term land problems – it won’t.
One problem with the land and housing debate is that people are arguing about different things. The Fanling golf course is a beautiful bit of green space – it would be pointless to destroy it for a few thousand apartments.

Another problem in this debate is that we confuse the current high cost of housing with the long-term land-supply issue. Obviously, there is a connection. But really – the land-supply issue is not about fixing today’s immediate problem. It is about making sure we don’t repeat the problem in the years and decades ahead.

It’s asking for trouble to make forecasts about any markets. But today’s housing prices in Hong Kong are massively out of line with affordability. This is the result of various distortions – like low interest rates. Many of these distortions are not permanent or sustainable. At some point, valuations will come more closely into line with what end-users can pay.

When that does happen, we will hear a lot of complaining from people who are angry because prices are lower!
But the debate about long-term land supply is about looking beyond this. It is about looking 10 years and more down the road.
If we look at the issue this way, we get a clearer view of what might be possible.

Much of the argument about brownfield sites, or using developers’ land banks, is about solving today’s affordability problem. We are talking about lots of relatively small parcels of land, with different owners and all sorts of existing uses. Each parcel of land comes with legal, planning, infrastructure and other complications.

By all means, let’s try and get more housing this way. But if we want to solve the long-term land-supply issue, we need to think on a different scale – in terms of time and of physical size.

The one big idea this is leading to is, of course, large-scale reclamation from the sea.

I recently appeared at a conference organized by Our Hong Kong Foundation proposing this sort of vision. That particular proposal was for a 2,200-hectare artificial island east of Lantau, which could house a million people.

This concept offers a way for Hong Kong to get its hands on a large amount of new land. This new land could be in one massive parcel, or several smaller ones. But it would not be hundreds of tiny scattered lots. And it would have just one owner – namely the Hong Kong government.

There would be no villagers or property developers to deal with. No debates over resumption. No need to worry about complicated zoning and planning regulations. There would be no need to fuss about land premiums. The government would have full control of things like apartment size and pricing.

We could use this new space to deliver plentiful, decent-size, affordable homes – through public rental, or some form of subsidized sales. It could include homes for retirees and child-care, more spacious leisure and retail facilities, and an alternative to ultra-high-density development.

We could design far more liveable and sustainable communities, with new approaches to transport and “smart city” features.
It means we could, at last, offer ordinary young Hong Kong people a hope of raising a family in a decent-quality environment that they can afford.

It would also give planners much more flexibility in dealing with old residential areas like North Kowloon. Much of the housing stock in these districts will come to the end of its life in the next 10 to 20 years. At the moment, redevelopment is on a building-by-building basis. The process will be far easier if there are relatively empty, attractive new districts for people to move into.

In other words, we could start again with a clean slate – or at least a large amount of space that we can work with to build a new sort of Hong Kong.

Of course, there are objections to this approach. Environmentalists are particularly concerned about the impact of reclamation.
But we have to make some hard choices.

Is the future of Hong Kong all about overcrowded districts with tiny apartments, where people don’t even have enough space for kids? In the short term, even using brownfield sites or golf courses, that is the best we can do.

Or can we be more ambitious and move on from this – and start making a genuinely more liveable city for the next generation?
Maybe something for us to think about next time we go out for a hike.

Bernard Chan is Executive Council Convener. This is the full text of his Letter to Hong Kong broadcast on RTHK 3 on September 2.

Be the first to comment on "Think big over land plan"