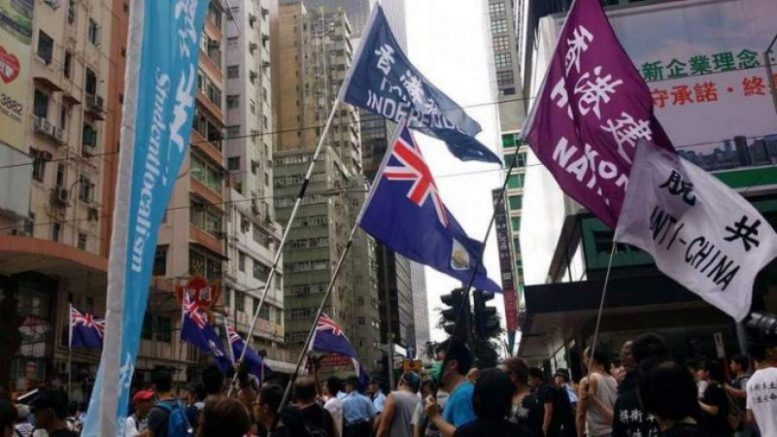 One week after Carrie Lam Cheng Yuet-ngor became chief executive-elect, a think-tank led by former Legco President Tsang Yok-sing has tried to put a highly-contentious issue onto her policy agenda in the next five years.

Without specifying a timetable, the Hong Kong Vision said in their proposal legislative work on national security law, known as Article 23, should be resumed in two-phase programme, staring with the easy part, followed by the difficult one.

In addition to the “easy-comes-first” principle, they said three principles should be observed. They are international standards, thorough consultation and minimalist legislation.

The think-tank said the Government should first modify the existing criminal laws relating to subversion and sedition for them to fall in line with the requirements under Article 23. At the second phase, sensitive elements in the Article 23 provision including theft of state secrets and links with foreign political organisations should be dealt with.

Mr Tsang cautioned that the pressure for applying national laws directly in Hong Kong proposed by some mainland legal experts would grow if legislative work was further deferred.

He noted that there was no sign of Beijing getting impatient with the lack of progress on Article 23 legislation.

The legislative plan floated by Mr Tsang and his think-tank is intriguingly similar to the relevant plan proposed by John Tsang Chun-wah in his chief executive election platform.

It is understood that the proposal by the think-tank had been put forward to John Tsang during the election campaign.

About the same time, it had also been sent to Carrie Lam Cheng Yuet-ngor for her consideration.

Apparently, Mrs Lam stuck to her basic policy direction in her manifesto. She has stressed repeatedly that the priority tasks in the next five years should be economy and livelihood. Mrs Lam maintained she has no plan to resume legislative work on Article 23 and political reform.

On its face, Beijing has stuck to the Basic Law provision in their public remarks on the legislative plan since it was suspended in 2003. The provision says Hong Kong shall enact a law on its own, without giving a timetable.

This is despite the rise of pro-independence sentiments in the society in recent years and the 79-day civil disobedience movement in 2014, known as Occupy Central.

Behind the scenes, however, there is a growing sense of unease among mainland officials and scholars on the Hong Kong issues about what they deem as threats to the interests of the central authorities.

The perceived threats to their interests have prompted them to reassert their sovereign powers over the Special Administrative Regions in a white paper on “one country, two systems” published by the State Council in 2014.

Those powers include the application of national laws directly in Hong Kong in accordance with the procedures set out in the Basic Law and the substantive power of appointment of the chief executive mainland officials had amplified in the just-ended election.

Against the background of an increasingly assertive and jittery Beijing leadership, Tsang Yok-sing seems not to be talking puff when he cautioned against further delay, which could prompt Beijing to impose a national security law on Hong Kong.

How likely Beijing will do so is difficult to tell. It depends largely on the mainland-Hong Kong relations in the next few years. The possibility of Beijing dictating a national security law on Hong Kong cannot be ruled out if there is another mass protest or clash similar to or worse than the Occupy or the Mong Kok unrest.

Following the two serious confrontations between protestors and the police, it will not be a surprise that Beijing may want an quicker and tougher approach by the Government to put an early end to a mass unrest if it happens again. They may be also tempted to act quick and tough to adopt the mainland-style “rule by law” to eliminate what they see as threats to the nation’s interests.

Superficially, Beijing has shown restraint in their rhetoric on political sensitive issues including Article 23 and pro-independence movement in recent months.

But with mainland-Hong Kong relations still fraught with sources of frictions, fresh clashes could erupt and escalate to a point that a law on national security will be put on Mrs Lam’s plate.