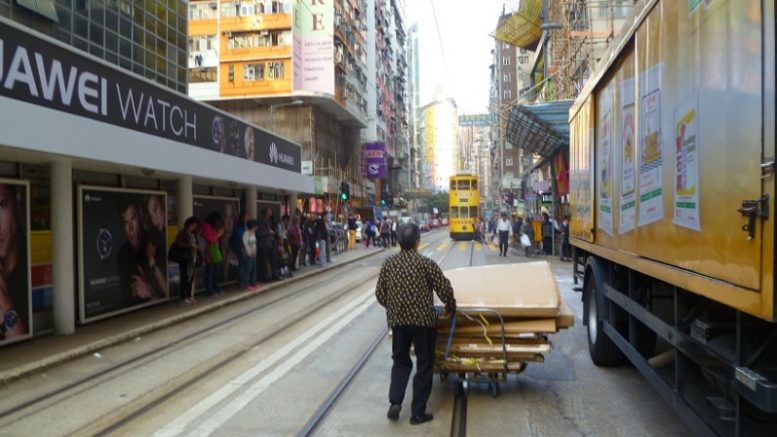 It appears to be an off-the-cuff remark on the principle of fiscal balance in the Basic Law. But when Chief Secretary Carrie Lam Cheng Yuet-ngor raised doubts about against the longstanding principle adhered to by Financial Secretary John Tsang Chun-wah, it gave more credence to the lingering speculation about a rift at the top echelon over the city’s public finance management.

More interesting, it has raised the temperature of the rivalry between Lam’s boss, Chief Executive Leung Chun-ying and Tsang in the 2016 chief executive race.

At the centre of the latest guessing game on Mrs Lam’s remark was her comment on Article 107 in the Basic Law at a youth event on Saturday. She was defending a new requirement for applicants for candidature in the Legislative Council election to sign a confirmation note on their understanding about three Basic Law provisions. It includes Article 1 that says Hong Kong is an inalienable part of China.

Referring to the requirement, Mrs Lam said that did not mean anyone who want to contest the election must agree with all 160 articles in the Basic Law. “We are talking about the several most important articles, which are related to the nation’s basic policies towards Hong Kong.

She cited Article 107 as an example.

Article 107 says Hong Kong shall “follow the principle of keeping the expenditure within the limits of revenues in drawing up its budget, and strive to achieve a fiscal balance, avoid deficits and keep the budget commensurate with the growth rate of its gross domestic product”.

“Of course you said there are 160 articles in the Basic Law. There is no reason for you to require me to agree with you on every article. Take Article 107 as an example. I disagree with you. What does it mean (to keep) expenditure within the limits of revenues? You (the government) has so much money, a fiscal reserve of HK$800 billion. You should spend. Why you need to (keep the budget) commensurate (with GDP growth)?” she said.

Strictly speaking, it is not crystal clear about whether she was saying she disagree with Article 107, or she was only making a case of others who do not agree with the provision.

Her remarks, however, have been interpreted by some media as her disagreement with the principle of public finances. She did not elaborate further.

Even though she has been careful not to be explicit about her stance, it sounds like a Freudian slip that reflects her dismay with what she may deem as rigidity in managing public finances by the financial chief.

Citing a finding of a possible structural deficit as early as 2012, Tsang has called for prudence in public spending.

He has drawn flaks from Ronnie Chan of the Hang Lung Group, one of the strongest supporter of Leung, who has ridiculed Tsang as a “miser” and hinted his fiscal approach has harmed the city’s long-term developments.

Compared with Chan, Mrs Lam is ostensibly not a strong supporter of Leung. But she seems to be closer to Leung when it comes to public finance management, livelihood and welfare policy. Both are more inclined towards welfarism, if not populism.

It has come as no surprise that her remarks on fiscal balance has been seen from the perspective of the jockeying for the post of the next chief executive.

Some former senior officials who had worked with her said privately they have no doubt Mrs Lam is keen to bid for the top post.

That observation seems to be correct. But Mrs Lam, like other potential candidates, understand well their candidacy hinges upon whether Beijing wants to see a real contest and, if so, how many serious candidates will be allowed to join the fray.

Most pundits believe Beijing will only allow two candidates both they deem as acceptable to compete.

If that is the case, Mrs Lam will find herself in a tricky situation. Leung looks like a certain candidate. Either John Tsang or Tsang Yok-sing is also likely to thwart the re-election bid of Leung.

Mrs Lam has kept her cards close to her chest on whether she backs Leung’s bid as she maintained her visibility and gave her thoughts on a host of hot topics such as confirmation note and long-term issues such as the use of reserves.

Whether she will join the contest is unclear. But it is clear where she stands if the contest is CY Leung versus John Tsang, judging from her veiled attack against Tsang over the wisdom of fiscal prudence in view of massive reserves.