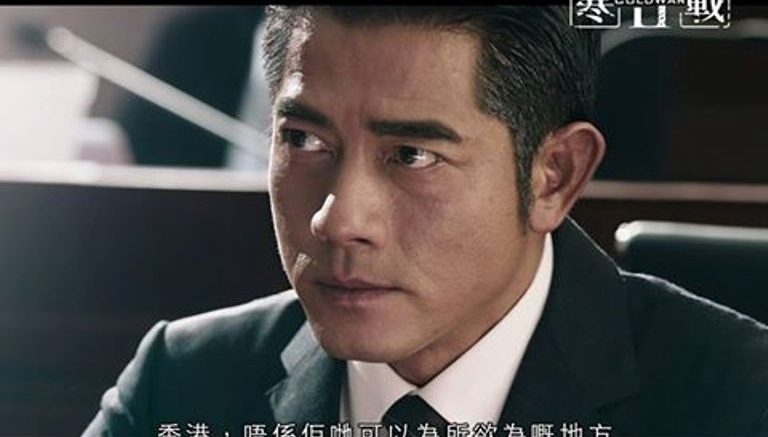 With the Secretary for Justice behind, the deep-rooted old force within the Hong Kong Police are pulling out all stops to pull their Number One down from the citadel of power. This is because the justice minister was eyeing for the post of the Chief Executive. A line-up of his ruling team has already been compiled. The game plan is to invoke the power for the Legislative Council under the Powers and Privileges Ordinance to launch investigation into the alleged wrongdoings of the police chief. After kicking out the chief executive, the minister’s crony will be installed to head the police force, paving the way for the takeover of the SAR government.

This is the plot of Cold War II, one of the rare Hong Kong movies that was set against the background of real-life Hong Kong politics.

Scene changed to today’s Hong Kong. Rebecca Li Bo-lan, the former Number Two at ICAC and known as “Goddess-like detective”, was “being forced into early retirement.” Speculation is rife that her departure has to do with the ICAC probe into the HK$50 million “golden hand-shake” for Chief Executive Leung Chun-ying by Australian firm UGL. At a time when the next chief executive is scheduled for March, the movie that seems to hint at the city’s political scene has intrigued many audiences.

Cases are aplenty about the seizure of power by political conspiracies. Hot in the news is the abortive coup in Turkey. Never mind it sounds unimaginable that there are still real-life cases of military forces seeking to overthrow elected government in the 21st century. In most other cases, they involved factional and inter-personal clashes with one faction teaming up with another to beat their rivals to pave the way for gaining power. The plot of Cold War II is set against the background of the police force. From gaining control over its Number One post to the entire Hong Kong, it could be construed as a case of “political power growing out of gun barrels.”

The duty of Hong Kong police is to maintain law and order. Its power is limited. The real barrels are in the hands of the Chinese People’s Liberation Army based in Hong Kong. But they take orders from Beijing. Hong Kong officials will not be able to mobilise the PLA to seize power. Any aspirants for the post of chief executive can indeed resort to such “soft weapons” as media, propaganda, public opinion and psychological warfare, which are more powerful and effective, in gaining power. Those who are stretching their legs for the race would have a deep understanding about the power game.

One of the episodes in the Cold War saw Tony Leung Ka-fai, who played the role of deputy operations chief of te Police Waise M.B. Lee, saying: “A city can do without ICAC, but cannot do without the police.” In the case of Hong Kong, that is only half-truth. The cornerstone of Hong Kong’s system is built upon an independent judiciary and an “independent” ICAC (Independent Commission Against Corruption) and a professional administrative and civil service system. Together they uphold the rule of law, clean society and provide highly efficient services of the city. Together they form the pillar of the status of Hong Kong as an international financial hub and cosmopolitan city. Just imagine what if the three pillars fall apart; Hong Kong will finish, and will no longer be the same. News of the sudden departure of ICAC’s Li has caused anxiety. This is because Hong Kong people fear ICAC will lose its “independence” and, worse, become a tool to crack down dissidents.

ICAC won faith from the people at its early stage of operation because it was independent and reported directly to the then Governor. ICAC is now empowered to investigate cases that involved the Chief Executive. When the Chief Executive became the subject of investigation, the question of whether the target of accountability of ICAC should change in order to maintain its independence and avoid challenge against its credibility arose. This is an important issue that must be examined.