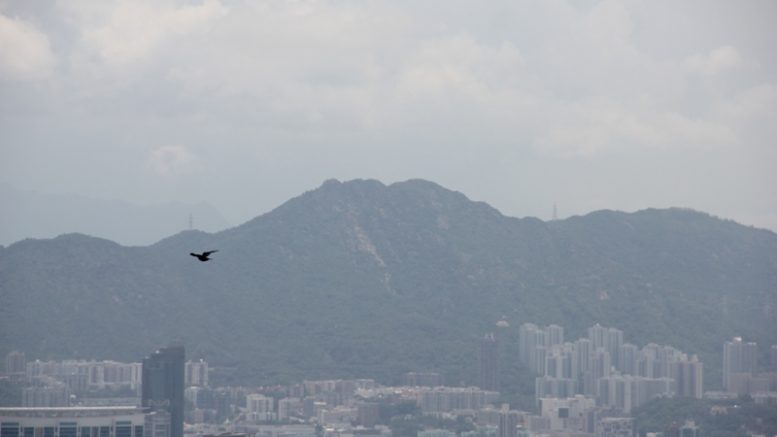 With the next chief executive election nearing, Beijing needs to answer a question: is Hong Kong better off than it was four years ago when Leung Chun-ying took power. Many Hongkongers say no.

All eyes are on the upcoming Legislative Council election scheduled for September 4. The usual suspects and fresh faces lining up to join the contest have grabbed the limelight. But what happens behind the scenes in Beijing later this month is perhaps more important than the outcome of the Legco election.

Speculation is rife that key mainland officials involved with Hong Kong policies will hold a high-level meeting in Beijing by the end of this month. The Leading Group on Hong Kong and Macau Affairs under the Communist Party’s Central Committee will review the Hong Kong situation and map out strategies in the short- and medium-term. Although the upcoming Legco election looks certain to figure prominently at the meeting, the next Chief Executive election scheduled for March is set to top the agenda. The issue boils down to the question of whether Beijing should give their blessing to Leung Chun-ying for him to run the city for five more years. And if Beijing decides not to do so or is still unsure, the question to be contemplated is who should be allowed to vie for the top post and who they prefer to be the next chief executive.

But before deciding the fate of Leung, Beijing must form a view on the overall verdict of his governance in the past four years. Or seen from the perspective of ordinary citizens, Beijing needs to answer a simple question as many Hongkongers have been asking: is Hong Kong better off now than it was four years ago before Leung took power? CY and his team will no doubt say yes. They might genuinely believe they have made no small achievements in many arenas, in particular livelihood, despite the difficult circumstances.

The truth is most men and women in the street are unhappy with the past four years. Some felt enough is enough. Then comes the ABC campaign, which reads as Anyone But CY. Feelings of discontent and disenchantment about the Leung administration have permeated different segments of the society. Politically, conflicts turned into hostilities and sharp confrontation. Socially, the feelings of injustice and inequality among the low and lower-middle layer of the society have lingered. Economically, doubts about our long-term competitiveness grew deep. It may be unfair to lay the blame on one person, namely CY Leung. But Beijing cannot turn deaf ears to criticism from different walks of life – including the pro-establishment camp – against Leung’s failure to ease the conflicts, or to put it satirically, his success in aggravating the socio-political conflicts. 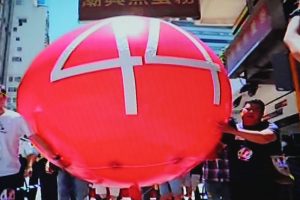 Labour unions demanded making in law a standard working hours being fixed at 44 hours per week. They stage a rally on July 24, criticising Chief Executive Leung Chun-ying for failing to honour his promise four years ago.

If Beijing’s verdict on Leung’s governance is negative, the second question that follows is whether they believe things will get better if Leung is given more time, say, five more years. Even the most sanguine pundits, however, will come to the conclusion that the city will only turn for the worse unless Leung changes, is being asked to change or given the boot.

The answer to the question of whether Leung is eagerly keen to change his tact and style and, if yes, whether he will be able to do so is apparently clear. Many will say it’s a No. He did not seem to have made any effort to adopt a softer approach to make him more likeable in the past four years. Nor he has taken major initiatives to lessen the tension inside and outside Legco. Not even in the recent months after the visit of National People’s Congress chairman Zhang Dejiang in May. During his visit, Zhang had held an unprecedented meeting with pan-democratic legislators representing mainstream political parties. That was widely, and rightly, interpreted as an initiative, albeit more in symbolic term, made by Beijing to moderate the political atmosphere ahead of the Legco election.

There is no denying it may be just a tactical play of soft hand. But there are reasons to believe Beijing may now realise Leung’s hardball tactic and combative style have proved to be counter-productive. And if a change of tact is needed, the question to ask is: will CY be able to execute the new game plan?

The third and indeed most important question is: can Hong Kong people trust CY and give him the benefit of doubt? The answer seems to be another “No”. Public faith in him has worn thin. Several prominent figures who threw their weight behind Leung four years ago have said sorry recently for their misjudgement. Meanwhile, while some of his fans are distancing from him, CY does not seem to have won new friends. Beijing officials have said publicly the Chief Executive must gain public support. Now that CY has failed to do so, Beijing will have to think seriously whether they should stop him from seeking re-election.

Those are the important issues relating to the key question of whether or not CY Leung should be given another term that Beijing needs to find an answer – whatever the outcome of the Legco election is.

Barring unexpected surprises, the broad share of seats between the pro-establishment camp and the pan-democratic opposition force is expected to remain largely unchanged. The pro-government camp holds 43 seats now, the pan-democrats 27. Both scenarios of the pan-democrat opposition gaining a majority or losing its critical minority of one-third of total number of seats look remote.

If that is the case, whether the pro-establishment camp does well or does poorly on September 4 arguably makes no substantive difference on the chance of Leung’s re-election bid. Whatever the election outcome, Leung still faces an uphill battle, if not mission impossible, to regain the lost faith in him among the populace.

Some pro-establishment figures remain adamant CY is the leading horse in the race. There are growing signs, however, that Beijing will allow serious contender/s to compete with CY. If Beijing gives a free hand to the 1,200 elites in the Election Committee for them to choose among Leung and some heavyweights such as John Tsang and Tsang Yok-sing, Leung will face enormous difficulty in getting a majority, not to mention keeping his tally of 689 in the 2012 chief executive election.

This is the speech broadcast at RTHK’s Letter to Hong Kong on July 24.

Be the first to comment on "Is Hong Kong better off now than it was four years ago?"