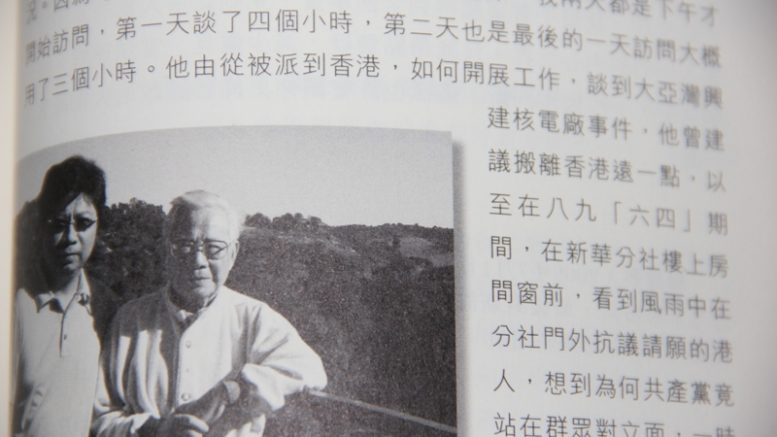 China's former top official in Hong Kong Xu Jiatun passes away in Los Angeles on June 29. Picture taken with the author at his home in 2007.

Sporting a pair of sun glasses and a short-sleeved shirt, Xu Jiatun had caused a stir in Hong Kong, then a British colony, when he arrived at the Hung Hom railway station 33 year ago. Beaming confidence, he declared he was here “for the unification of Hong Kong.”

That was June 1983 when the Sino-British talks on Hong Kong’s post-1997 fate entered a critical stage. The city was shrouded by an air of uncertainty as doubts and fears about the city’s future pervaded in light of the imminent end of colonial rule, followed by communist rule under an untried formula, namely “one country, two systems.”

It didn’t take long for Xu, who was party chief at the coastal Jiangsu province before taking up the helm of the then Xinhua news agency, to show his talent in easing people’s communist jitters. He dropped his sun glasses, replacing them with a better-looking pair. Putting on a Western-style three-piece suit, he wined and dined with tycoons and political and community leaders.

At a time when images of old China and negative perception of communist cadres were embedded in the minds of Hongkongers, the open, relatively liberal style of Xu and, importantly, his swiftness in adapting to the capitalist society was an eye-opener. 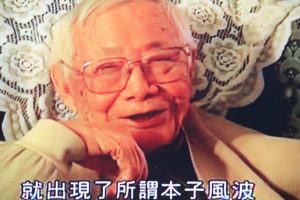 Admittedly, there was no lack of controversy over his approach and style, deeds and words. His visit to a nightclub in Tsim Sha Tsui may be a calculated political-cum-public relations act to show Beijing meant what they said when they promised “horse-racing will continue, dancing will continue” after the 1997 handover. Not surprisingly, he was roundly attacked by the conservatives in the communist authorities and the patriotic camp in the city for his alleged decadent lifestyle.

Known for his amiable style in making friends and forging talk with what could have been the communists’ foes, Xu turned a tough guy when he waved a copy of the Sino-British Joint Declaration and accused Britain for “not acting in accordance with the book.” He accused Britain of violating the joint pact by unilaterally introducing political reform for a representative government.

Both his soft and tough approached had worked. At the diplomatic and political level, Britain had agreed to hold talks with China on political reform, which ended with the so-called “through train” deal, under which there would a seamless transition of the pre-1997 Legislative Council beyond the handover. At the societal level, he had eased jitters about the Communist rule by fostering ties with people from all walks of life and trying to understand their feelings and aspirations.

The gunshots fired in the early hours of June 4, 1989, in the streets at the heart of Beijing had shattered the hearts of Hong Kong people. Fears about the 1997 handover had triggered a wave of migration. The post-1989 communist party leadership hardened their stance on Hong Kong. It largely remained so since then, only to be toughened further after the half-million march in 2003.

Shortly after the Tiananmen Square crackdown, Xu fled the country via Hong Kong. He revealed after he settled in Los Angeles he had no choice but to leave to escape persecution. He said he was accused of having embezzled tens of millions of dollar in a confidential report compiled by his successor at Xinhua, Zhou Nan.

The truth of his surprise departure from China in 1989 may never come to light. On Wednesday afternoon Hong Kong time, Xu passed away at his home in the suburb of Los Angeles, where he led a secluded life after he left his country.

Xu was weak when I visited him at his home in June 2007 for an interview, part of a special project marking the 10th anniversary of the Hong Kong changeover of the South China Morning Post. (I left the newspaper in 2009).

A clear mind and a warm heart for his country

But he still had a clear mind and a warm heart about his country and the Communist Party. He was expelled from the Party shortly after he fled the nation.

Although he had difficulty reading newspapers and books, he followed closely what happened in China by listening to radio news. He knew what he wanted – returning to this home in Jiangsu when the political wind in the mainland changed. 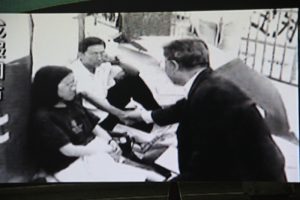 He praised the “people-based” leadership approach of the then party general secretary Hu Jintao and the then premier Wen Jiabao. Xu had hoped he would be given the green light to return home with the mainland under a liberal-minded leadership. That had not happened. He put new hope on President Xi Jinping, who succeeded Hu. Again, that had not happened. It will never.

It came as no surprise that he won praises from some veteran Democrats including Martin Lee Chu-ming and Albert Ho Chun-yan when news of his death broke.

The pair and many others who had witnessed the early part of the city’s transition in the 1980s did not merely miss the veteran ex-Communist Party chief but, more importantly, his open-mindedness and serious efforts in getting to know the people, understand their aspirations and act to allay their fears.