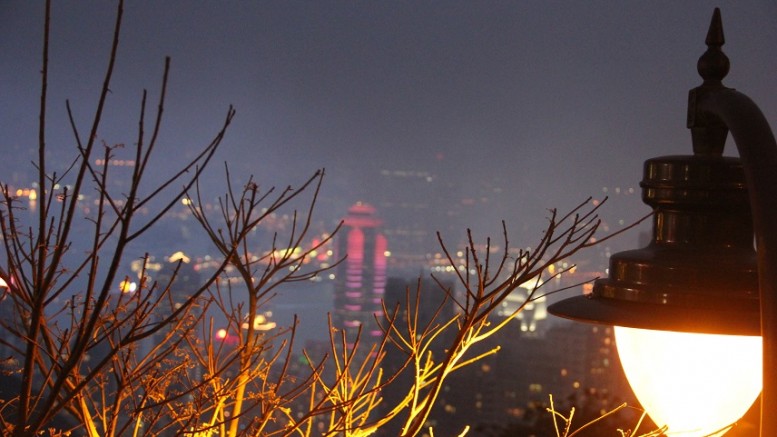 What to 'inspect'? NPC chairman Zhang Dejiang is scheduled to visit Hong Kong for three days, seeking to see through the mist and hot air for a clearer picture of the shape of the city.

Conflicting signals and intriguing political acts of Hong Kong’s top three officials have emerged on the eve of the “inspection” trip of NPC chairman Zhang Dejiang, the country’s Number Three, to the city on Tuesday.

Although there are clear signs that Zhang is likely to avoid hard-hitting bashing on the hyper-sensitive issue of Hong Kong independence, his three-day visit will be hardly held in a soft and relaxed mood. The opposite is true. Police will mobilise thousands of officers armed with counter-terrorism, anti-riot equipments to make sure the visit is trouble-free.

A source familiar with the visit said Zhang is keen to convey a positive message to the city in view of the negative air prevalent among the people. He is likely to maintain the moderate tone of officials on Hong Kong issues adopted during the “two sessions,” naming National People’s Congress and Chinese People’s Political Consultative Conference in early March.

To the surprise of many Hong Kong deputies to the NPC and CPPCC, Zhang was markedly mild in his comments on Hong Kong during a meeting with the delegates. At the margin of the two plenums, Hong Kong and Macau Affairs Office Director Wang Guangya talked lightly on the Mong Kok unrest, referring it to “something happened.”

Mindful of the bubbling tensions in the city’s socio-political landscape and the upcoming Legislative Council election in September, Chinese officials are anxious not to pour oil to fire. It looks highly unlikely Zhang will keep the moderate wind blowing during his visit.

That said, Beijing’s keenness to avoid controversy and moderate the political atmosphere during Zhang’s visit and, perhaps in the lead-up to the September polls, contrasts oddly with the tight security plan.

On Sunday, a Hong Kong activist said to be a sponsor of the opposition camp was reportedly arrested in Shenzhen. Xinhua News Agency said the man was helping an opposition figure, surnamed Tsang, to buy a drone which will be used to cause nuisance to a mainland delegation during a visit to Hong Kong. It seems to be referring to Zhang’s visit.

The source said Beijing fears that violent protests such as throwing of bricks as occurred during the Mong Kok clash in the Lunar New Year would greet Zhang. 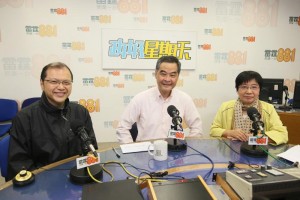 If the messages about Zhang’s visit have been mixed, if not conflicting, the recent political gestures of the Chief Executive Leung Chun-ying and his two top aides, Chief Secretary Carrie Lam Cheng Yuet-ngor and Financial Secretary John Tsang Chun-wah, have been intriguingly interesting.

On Sunday, Leung gave a rare interview to the Commercial Radio, during which he defended his policies and responded to calls for Beijing to rule him out in the next CE election. It came just a few days after he gave another exclusive interview to the Hong Kong Economic Times, which focused mainly on the “One Belt, One Road” grand policy, the theme of a top-level forum Zhang will attend on Wednesday.

Leung rarely gave interviews to media since he took office. 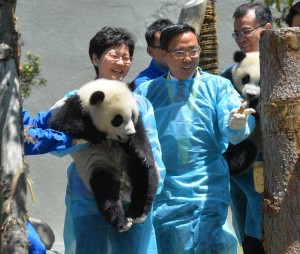 As Leung acted to defend his leadership, his right-hand woman Carrie Lam returned to the city after taking a fleet of senior officials and 15 top editors of media outlets to wrap up a eight-year-long relief programme in Sichuan, the site of a deadly earthquake that killed more than 69,000 people.

While trumpeting the success of the government-led, community-participated relief project she led, Carrie Lam was shy about his plan, if any, to vie for the post of CE. She did not categorically deny planning to run.

Meanwhile, John Tsang continued his “go-to-the-people” game-bit showing up at the boxing match between Hong Kong boxer Rex Tso and his South Korean counterpart Young Gil-bae at the Convention Centre on Saturday. To the applauses of the crowd, Tsang joined the celebration of the Hong Kong Wonder Kid’s 19th straight victory in his professional career. Tso proclaimed: “Hongkonger can make it.” 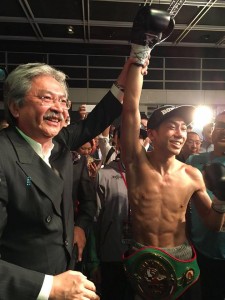 True, President Xi Jinping calls the shot when it comes to key decisions on Hong Kong Policy. Zhang, as head of the Communist Party’s Leading Group on Hong Kong and Macau affairs, will no doubt have plenty to hear and watch during his “inspection” trip to the city. Findings of his trip look certain to have an impact on Beijing’s strategy towards Hong Kong in the remaining term of Leung and the next five years thereafter and, importantly, who should be the next CE.

Be the first to comment on "Conflicting, intriguing messages ahead of Zhang ‘inspection’ trip"