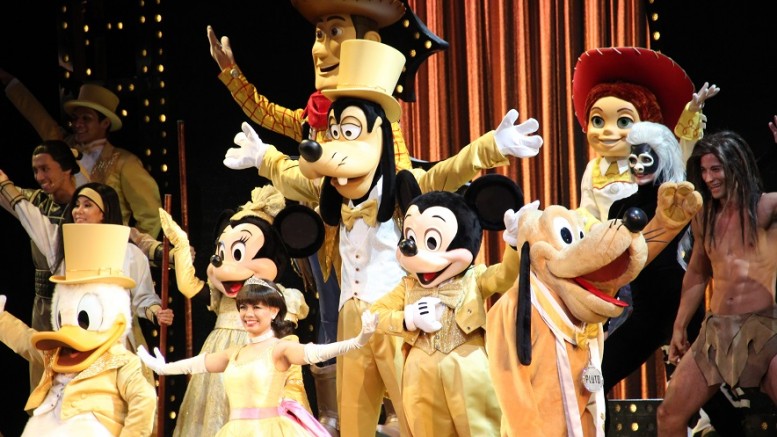 Hong Kong Disneyland sees departure of its CEO, suffers loss and lay-offs in recent months, reflecting the tough times for the city's tourism.

The Chinese Academy of Social Sciences has predicted growing pressure for a slowing tourism in Hong Kong this year its green paper on the country’s tourism published on Monday. On the same day, the Hong Kong Tourism Industry Employees General Union also reported a “cliff-dive” of inbound tours to the city. A total of 11,650 inbound tours were recorded between January and March this year. There were 9,300 inbound tours in November last year alone.

The woes of the Hong Kong Disneyland say a lot of the plight of the city’s tourism. Last month, its former chief executive Andrew Kam Man-ho resigned. His sudden departure came shortly after the theme park reported a loss in 2015. A statement said he stood down for personal reason. Then came a large-scale round of sackings at the theme park last week. The actual number of sackings is unclear; it is believed to be about 100. The company employed 5,300 full-time and 2,500 part-time employees last year. Last week’s sackings comprised a small fraction of the workforce; but it rang an alarm bell for the local labour market. That should not be ignored.

Hong Kong Disneyland had run at a loss for seven consecutive years since its inauguration. During the period, it had continued to expand both in its scale and the number of employees. Despite the loss, the number of visitors was on the rise and the business prospect had been positive. The company had therefore kept expanding without downsizing their fleet of staff and cutting costs. The strategy was to expand the pool of visitors through the introduction of new projects. It recorded the first net profit amounted to HK$109 million in 2012. Profit further rose to HK$242 million in 2013 and HK$332 million in 2014. It turned red in 2015 with a loss of HK$148 million. Its total revenue stood at HK$5.114 billion, down by 6.2 per cent.

The fact the theme park acted quickly to lay off staff after it suffered loss the first year following three profitable years is apparently because they smelled the rat, and that the prospect of a quick return to good times looks dim. Therefore, they decided to prepare for the rainy days. The challenge faced by the Hong Kong Disneyland is two-folded. First, the Shanghai Disneyland will be open in June. Secondly, the number of mainland visitors is consistently falling. Taken together, they have dealt a severe blow to business.

Hong Kong Disneyland relies heavily on mainland visitors. The total number of visitors to the park last year fell to 6.8 million, representing a drop by 9.3 per cent. Of them, 41 per cent are mainland visitors, local visitors (39 per cent) and overseas visitors (20 per cent.) The total number of visitors in 2014 was 7.5 million, comprised of mainlanders (48 per cent), locals (32 per cent) and overseas visitors (20 per cent). The impact of the Shanghai Disneyland on Hong Kong’s theme park will not be seen until the end of this year. Given both theme parks have targeted at mainland visitors, Hong Kong Disneyland looks certain to be affected. Although the number of foreign visitors to the city has increased in the past two years, they have taken up only about 20 per cent of the visitors to the Disneyland. They will not be able to make up for the loss of visitors caused by the drop of mainland tourists to the city.

Government manpower resources forecasts show the demand for low-skilled jobs will fall by about 194,000 by 2018.. On average, it will drop by 2.7 per cent each year. This is because employers will be looking employees with higher education qualification. Also importantly, Hong Kong will have to move towards a knowledge-based, high value-added economy, which will result in a greater demand for a workforce with higher education and higher skill level. The jobs of low-skilled employees in the tourism and retail sectors will become more vulnerable if the two sectors slow down continuously.