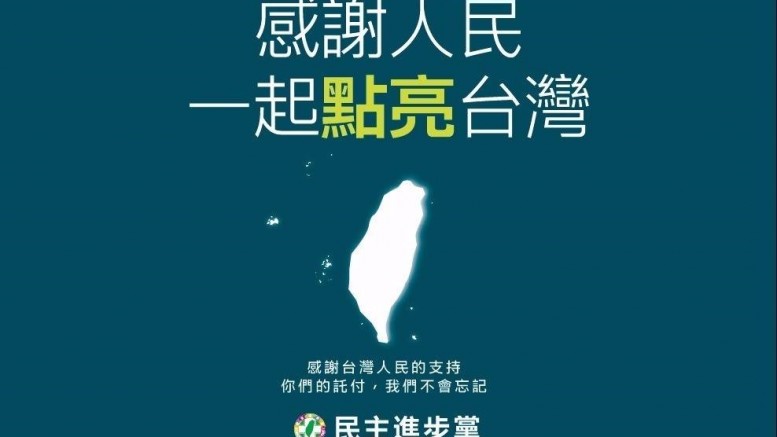 The size of DPP's victory should induce Beijing to reconsider its hardline stance towards Taiwan.

The votes have been counted in the presidential and legislative elections that Taiwan held on Saturday. The Democratic Progressive Party won a sweeping victory in both contests, displacing the Kuomintang (KMT).

There will no doubt be extensive and useful analysis on what the election means, particularly on the underlying preferences of the Taiwan public. But attention is already shifting to the policies that the new administration will pursue, and whether they will complicate relations on the three sides of the Taiwan-China-United States triangle.

On the election itself, Tsai Ing-wen, the DPP’s chairperson and presidential candidate, won with 56.1 percent of the vote, with virtually all polling places reporting. Eric Chu, the leader and candidate of the more conservative KMT, received 30.1 percent. James Soong, chairman of the People First Party (PFP), a small spinoff from the KMT, got 12.8 percent. This is the second time that the DPP candidate won in an open contest; Chen Shui-bian was the first to do so, in 2000, but only with 40 percent of the vote in a previous three-person race.

For the elections for the Legislative Yuan (LY), voters cast two ballots. One is for a candidate to represent their geographic election district, of which there are 78. The other is for the voter’s preferred political party—that outcome produces 35 legislators, drawn from party lists. Final results are not yet available for all of the 78 geographic seats, but the Central News Agency reports that the DPP will have at least 60 seats, enough for an absolute majority. We do know the final result in the party vote: DPP with 44.1 percent; KMT with 26.9 percent; PFP with 6.5 percent; New Power Party with 6.1 percent; the pro-unification New Party with 4.2 percent; and the pro-independence Taiwan Solidarity Union with 2.5 percent.

The DPP victory is similar to the KMT’s in 2008, when voters rejected the eight-year presidency of DPP leader Chen Shui-bian. Tsai’s percentage this time is slightly less than the 58 percent that Ma Ying-jeou won in his first election in eight years ago (in 2008, the KMT won 81 legislative seats). Both elections have a “throw the bums out” flavor.

Although Tsai will not have a totally free hand, she has gained significant political capital and freedom of action. The question now is how she will use them. She has the scope to address a number of domestic problems that were on voters’ minds when they went to the polls. I suspect that she will want to conduct her presidency in a way that helps ensure that the DPP will be Taiwan’s majority party for a long time to come. Whether succeeds will depend a lot on the response of the Legislative Yuan, including the DPP caucus, to her agenda and whether the legislature is willing to undertake reforms that would make it a more effective institution.

Although Tsai will not have a totally free hand, she has gained significant political capital and freedom of action. The question now is how she will use them.

The size of the DPP victory should induce Beijing to reconsider the hardline stance that it has taken during the run-up to the election. It said, in effect, that Dr. Tsai would have to accept its own parameters preserving the status quo if she is to secure mutually beneficial cross-Strait relations. But today’s result was no fluke. It occurred not because of Tsai’s “cool” charisma or the DPP’s skill at mobilizing its supporters, although those were not trivial. It was the result of the public growing more skeptical about Ma Ying-jeou’s policy of engaging China, at least economically—a skepticism grew that throughout Ma’s second term. If Beijing can adjust its strategy and Tsai is willing to meet Chinese President Xi Jinping half way, a mutual accommodation between them is not impossible. But it will not be easy.

The open question, which only future developments can answer, is whether today’s result reflects a more fundamental shift in political attitudes than simply dissatisfaction with Ma Ying-jeou’s policies and their consequences. Such a more fundamental shift would not only change the balance of power within Taiwan but also the continued feasibility of China’s approach to reaching its goal of unification. If so, should Beijing offer more and different carrots to better “win the hearts and minds” of Taiwan people? Or would it consider greater reliance on sticks?

The open question…is whether today’s result reflects a more fundamental shift in political attitudes than simply dissatisfaction with Ma Ying-jeou’s policies and their consequences.

The implication that the U.S. government drew from the election results is captured in the statement the State Department released today:

“We share with the Taiwan people a profound interest in the continuation of cross-Strait peace and stability. We look forward to working with Dr. Tsai and Taiwan’s leaders of all parties to advance our many common interests and further strengthen the unofficial relationship between the United States and the people on Taiwan.”

It is worth noting that Taiwan is the only ethnic Chinese society in the world in which genuinely competitive elections pick senior political leaders. The powers that be in China, Hong Kong, and Singapore all seek to preserve control over the outcomes of their leadership selection processes. Taiwan is the one system where the outcome reflects the preferences of over 12 million voters. Moreover, this is Taiwan’s third peaceful transfer of power through direct elections, and it should further consolidate Taiwan’s democracy. Finally, that Taiwan has elected its first female president signals the removal of one more significant social barrier to talented people holding the island’s highest political office.

Be the first to comment on "Taiwan’s election results, explained"