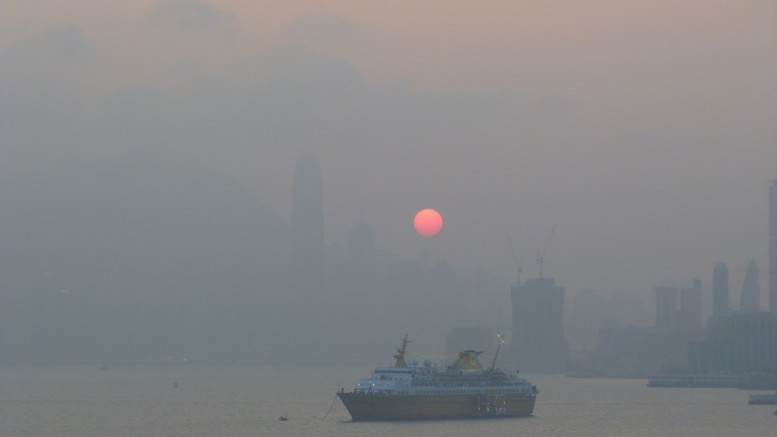 Hong Kong’s third “deep-seated problem” as Professor Wang Zhenmin (王振民), Dean of Law School of the Tsinghua University, has pointed out in his article in the Bauhinia Monthly magazine is the “Relationship between conservative politics and radical politics.” His exposition of the problem is a surprise. Wang said: “Hong Kong followed the path of political conservatism in United Kingdom before the handover. (The features are:) A sound rule of law system; civility and rationality; rule-based; due process; no radicalism; little violence. People lived peacefully and happily. Society was harmonious and stable.”

“The image of Hong Kong used to be quite gentlemanly, traditional, conservative and civilised. It is regrettable that the political culture of conservatism and gradual transformation has been abandoned.”

Professor Wang has criticised that “Hong Kong has changed so much that it becomes increasingly unlike Hong Kong.” He asked: “Why does not Hong Kong inherit the mainstream political conservatism of the UK? Why do Hong Kong people not seriously learn to inherit the traditional British political culture?”

If his remarks were not given attribution, it is difficult to guess those comments loaded with a penchant for colonialism were made by Wang, a mainland legal scholar and an expert on “one country, two systems.” Those who agree with him will ask: Why the Hong Kong society with rule of law, civility, rationality and harmony, built under British rule, changed so much barely 20 years since the handover?”

Professor Wang argues Chinese political culture “does not favour conservatism” and “always go to extremes.” “Why were there over 6,000 wars in the 5,000 years of Chinese history? This is because Chinese people don’t like conservatism. There is no tradition of conservatism in Chinese political culture and political philosophy. Chinese people can easily become impulsive and go extreme.” He said China only embarked on the development of rule of law in a large scale after it adopted the open and reform policy. A system of rule of law is vitally important in safeguarding peaceful and stable development of the nation in the past 30 years.

Professor Wang said Hong Kong has been the only place in China with a strong rule of law system and a tradition of conservatism. He feels grieved that Hong Kong has kept abandoning “the tradition of political conservatism” and “returning to the old habit of extreme politics.” “If the trend of extreme politics continues to replace rule of law and conservatism, will Hong Kong be better tomorrow? Who will benefit from it? It is time for everyone to calm down, stay humble and give serious thoughts about what is good for Hong Kong and what is the fundamental interest of the seven million Hong Kong people. No one will benefit if Hong Kong continues to be in a state of chaos. All will become losers. Any compromise made will be for the good of Hong Kong and the motherland and for the good of others and oneself.”

Many people may agree with Professor Wang’s criticism of extreme politics, but may have different ideas about who should heed his calls for staying humble and making compromise.

Tsang Yok-sing is President of the Hong Kong Legislative Council. This is a translated version of his regular column published in Chinese-language AM730 on January 18.

Be the first to comment on "Who should heed Wang Zhenmin’s call for humility?"