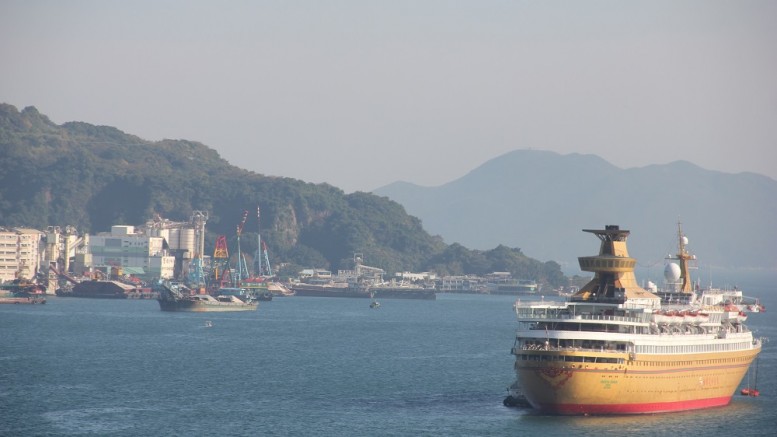 A four-degree Celsius rise will cause 46% of Hong Kong’s settled areas to be flooded.

To stop the risk of global warming threatening such basic aspects of our lives as food supply, shelter, health and social stability, many believe we need to achieve a zero carbon economy by 2050. A positive outcome at the COP21 Paris Climate Change talks in December 2015 is a vital step towards achieving that goal.

To achieve a zero carbon economy will require dramatic transformation in the business environment, including of course businesses in Hong Kong. Ahead of the Paris talks, the majority of countries have submitted Intended Nationally Determined Contributions (INDCs) setting out their self-determined greenhouse gas reduction targets. These represent tangible recognition by the world’s governments that we must all take concrete action. While the INDCs are not legally binding, they point us in the right direction. In earlier COP meetings, world leaders put in showy appearances but this time the signs are good that there is more serious intent.

Lord Nicholas Stern, author of the landmark UK government review on climate change, has declared that earlier studies may have underestimated the impact of temperature rises on humanity. “This is potentially so dangerous that we have to act strongly. Do we want to play Russian roulette with two bullets or one? These risks for many people are existential.”

There is broad agreement about the amount of carbon we can pump into the atmosphere before the temperature will surpass two degrees Celsius. Worryingly, the carbon budget to hold us to two degrees will be used up within 10 to 20 years. The average global temperature is already up 0.85 degrees since the start of industrialization, so we are already nearly half way to our two-degree ceiling.

Hong Kong lives and works in the space between the mountains and sea, and as such is one of the most-affected high-population cities. According to the US research group Climate Central, 31% of settled area of Hong Kong will be flooded even with a two-degree rise in average temperatures. A four-degree rise will cause 46% of Hong Kong’s settled areas to be flooded

Flooding in a few areas of Hong Kong could knock out the functioning of the whole city. If a few MTR stations are flooded, the whole network could stop operating. It is a similar picture with our road network reliant on a large number of underpasses and tunnels.

To halt the rise in global temperatures, we have to achieve zero carbon emissions. The World Bank says this should be no later than the end of the 21st century, but many international experts and concerned organizations calculate that this needs to be achieved by 2050.

Hong Kong has not a single commercial solar or wind power station and has not even begun to plan for a zero-carbon future. The city has only 2,000 electric vehicles out of a total of 680,000.

In its recent publication on climate change and poverty, the World Bank states: “The goal of maintaining climate change below a 2°C increase in global temperature above pre-industrial levels—the very goal the international community has committed to—will require deep structural changes in the world economy.” The question we must ask ourselves is: are Hong Kong business and society ready for radical change?

A serious obstacle to bringing down carbon emissions are the investments that lock us in to carbon-intensive assets with a multi-year lifetime. To reduce greenhouse gasses, companies will need to abandon such assets in future as regulations are tightened to meet targets and agreements. Asset values will have to be written off, and investors who did not see the writing on the wall will lose money. Using these carbon-intensive assets will be increasingly unacceptable to both government regulators and society opinion because they increase emissions and use the carbon budget even sooner.

A Greenpeace report says that China has given preliminary approval between January and September 2015 to the construction of 155 new coal-fired power plants. Over an assumed operational life of 24 years they would emit 1.4 times of China’s annual emissions. However, China has stated plans to reduce carbon intensity 60%-65% by 2030 compared to 2005. The carbon intensity deadline would come in the middle of the prime operating period for all these new coal-fired plants. If the approval becomes final, China may well face a bad case of high-carbon asset lock-in.

There is a growing movement to put a complete end to the extraction of fossil fuels. Many pension funds, universities and institutions totaling over 400, have already decided to withdraw all investments from companies engaged in fossil fuel extraction, and the “leave it in the ground” campaign is growing fast. These “disinvestors” see their action as a way to avoid the economy becoming locked-in to failing our carbon reduction targets.

The local chapter of the environmental group 350.org is organizing a climate march on 29 November in Hong Kong echoing the call for divestment in fossil fuels. Taking things a step further, several community groups in Paris will be campaigning during the climate talks for an end to fossil fuel company sponsorship of the arts. A protest is planned at the Louvre although the worsening security situation in Paris may put this in jeopardy.

The Hong Kong-Zhuhai-Macau bridge is our most prominent example of lock-in to carbon-intensive infrastructure development. Despite forceful debate at the planning stage, this bridge was designed without a rail line, and will instead encourage greater use of cars and trucks for decades to come, with no clean option of taking electric trains on the same route.

The third runway at Hong Kong airport will require investment of over HK$140 billion. This will add 170 million tons of carbon to the air over a period of 40 years. With air travel contributing to a more than two-degree temperature rise, the runway could anyway face flooding before its life is over.

This is the first of a two-part article on the upcoming Paris climate talk. The second part will appear on November 24.

Be the first to comment on "Are you ready for the storm? Hong Kong Business and Paris climate talks"