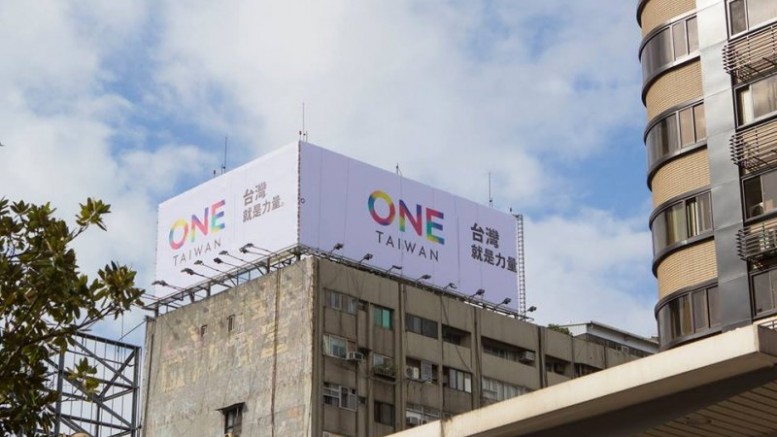 On October 17, the ruling Kuomintang (KMT) changed its candidate for the presidential election in January – but this will not stop a landslide victory for the opposition Democratic Progressive Party (DPP) in the election for the parliament as well as for presidential palace.

In an ugly piece of political back-stabbing, the KMT dumped Hung Hsiu-chu, the candidate it has chosen through all the proper selection channels in July, and replaced her with party chairman Eric Chu, who has taken ‘a three-month holiday’ from his post as mayor of New Taipei City.

In the latest public opinion polls carried by the Taiwan media, Tsai Ying-wen, DPP candidate, would win 53.6 per cent of the vote, against 30.9 per cent for Chu and 15.5 per cent for James Soong, candidate of the People First Party.

“This was a disgusting piece of politics,” said Liang Mei-hwa, a college professor. “Chu and the other party leaders all had the chance to run against Hung in July but did not. So she was elected through the legal process. Now they are dumping her. This is an insult to the women of Taiwan.”

This last-minute change of heart by the KMT, which has ruled Taiwan since 1945 except for an eight-year period between 2000 and 2008, was due to a fear that Hung would lose not only the presidency but also its control of the Legislative Yuan, where it holds 65 out of the 113 seats. Elections for both are being held on the same day, January 16.

Unless Tsai makes an unexpected blunder between now and January 16, she will win comfortably. Her campaign this year has been more composed and professional than in 2012, when she lost to incumbent Ma Ying-jeou, gaining 45.6 per cent of the votes against his 51.6 per cent.

The main reason she lost was lack of a clear policy toward the mainland, Ma’s strongest card. But this weakness has now become her strength.

The Taiwan public is split down the middle over how to deal with China. Big business and large conglomerates, like Hon Hai, Ting Hsin and President Foods, earn most of their revenue from operations in the mainland and strongly support the KMT’s policy of closer economic ties. So do those who benefit from the flood of mainland tourists which Ma has attracted since he came to power in 2008.

But the poor, working class, many rural people and students have gained no economic benefit from this liberalization over the last eight years. Average wages have not risen in 11 years and average housing prices in Taipei increased 70 per cent between 2005 and 2014. The average household in the city has to pay two thirds of its income for a mortgage, compared to an internationally accepted standard of 30 per cent.

It was these groups that formed the Sunflower Movement in March and April 2014; it occupied the Legislative Yuan and prevented passage of the Cross-Strait Service Trade Agreement, which would have opened 64 sectors in Taiwan to mainland investment, against the opening of 80 in China to Taiwan investment. The KMT has been unable or unwilling to pass the agreement since then.

In one rally against the legislation on March 30, 2014, 500,000 people took part, according to the organisers; the police said it was 116,000. This change in public opinion has greatly helped Tsai and the DPP, who want to keep their distance from China. “Maintain the status quo” is her policy on this issue.

While Ma’s policies have certainly brought economic benefits to Taiwan, Beijing’s soft power is not working well. It continues to point more than 1,000 missiles at Taiwan that could be fired at a moment’s notice.

Its senior officials – and many of its citizens who visit Taiwan – refer to the island as belonging to them and ignore completely the right of its inhabitants to decide their own future. This angers many Taiwanese — some say: “我們歡迎人民幤，不歡迎人民” (we welcome renminbi – the people’s money – but not the people)

Beijing rigorously excludes Taiwan from international associations and meetings. Foreign diplomats stationed in China do not dare to go there for fear of offending Beijing; it aims to isolate the island diplomatically and politically. In the summer, a senior mainland official warned the offshore island of Matsu not to build a casino aimed at the mainland public – but said no such thing about casinos in South Korea, Japan, Malaysia or Singapore.

This isolation angers the Taiwan public who ask why their representatives are treated worse than those of many countries that are smaller and have less to contribute to the international community.

The political story in Hong Kong also helps Tsai and the DPP. Taiwan people see Beijing refusing a popular vote here to choose the Chief Executive, when they have such a vote for all levels of the government.

They see the mainland increasingly influential in many sectors of Hong Kong life, including business, academia and the media.

“Hong Kong today is Taiwan tomorrow,” DPP advocates say. “If Taiwan became an SAR, would Beijing allow it to keep its democratic system? If it is not good enough for Hong Kong, then why would it be good enough for Taiwan?”