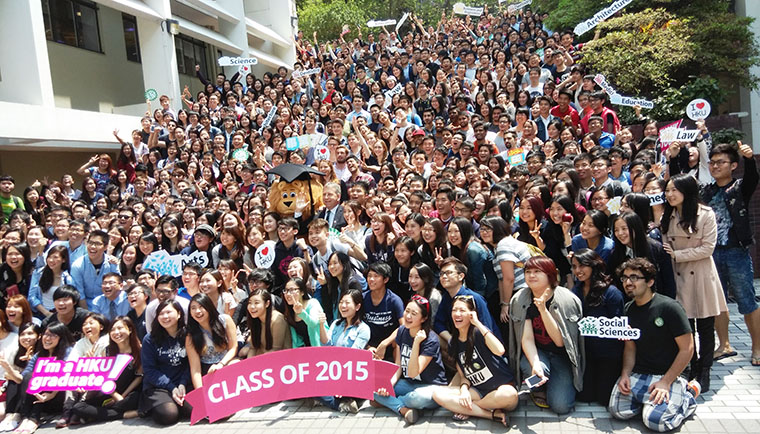 The University of Hong Kong’s governing council has put a slap on its own face when it set its next meeting, scheduled for the end of September, as the deadline for a decision on whether to appoint law professor Johannes Chan Man-mun as a pro-vice-chancellor.

The council’s decision on Tuesday has effectively overturned its earlier decision to hold up the appointment of a pro-vice-chancellor until after the post of provost is filled. The so-called “wait-for-the-provost” decision, endorsed by the council in a majority vote at two meetings, has drawn vehement criticism and sharp ridicule from staff and alumni and the public.

Speaking after the Tuesday meeting, council chairman Leong Che-hung has revealed it is not possible for the post of provost to be named in the near future.

Press reports said earlier at least two candidates who were short-listed in the latest round of recruitment have withdrawn their application.

It is unclear why the two candidates have decided to pull out. There are reasons to believe the protracted, bitter row over the fate of Chan has frightened them from having to handle the hot potato even before he or she takes office.

Some council members might have acted out of goodwill and courtesy that they want the chosen provost candidate to be informed of nomination committee for the post of pro-vice-chancellor before they make a decision on the committee’ recommendation.

Getting involved in the controversy, however, would be the last thing any aspirants for the post of provost want.

Worse still, it seems to be a mere delaying tactic for members in the council and opponents against Chan’s appointment in and outside the university to intensify political pressure for either Chan to withdraw his application or the council to reject the nomination committee’s recommendation.

Their hopes were dashed after Chan stood firm. More importantly, the ruthless efforts to make a strong case from Chan’s role in the Occupy Central-related donation row enough for the council to shoot down Chan have failed.

On Tuesday, the university’s senior management team headed by Vice-Chancellor Peter Mathieson, have their recommendations of “punishment” against Chan, Benny Tai Yiu-ting and Robert Chung, all accepted by the council.

It was reported that Chan will be given a reminder by the council for him to exercise caution in dealing with future donations. He was found to have failed to report the donations received by Tai to the management promptly.

Now that the probe into Chan’s role in the donation row has come to an end with a reminder from the council and that the recruitment of provost has apparently hit a snag, the council has no more excuse to further delay a decision on Chan.

Judging from the finding of the investigation report and the “punishment” letter given to Chan, it is inconceivable that could provide a good reason for the council to reject the recommendation of Chan by the nomination committee.

Despite that, there are strong signs the mainland and Hong Kong authorities are prepared to block Chan’s elevation at all cost.

Committee recommendation likely to be rejected

On Thursday, the government-friendly Sing Tao Daily quoted a “source close to the government” as saying the council looks set to reject the search committee’s recommendation.

The source said although Chan is the only candidate recommended that did not mean the council must accept it. The source claimed Chan is not qualified in terms of his academic level and leadership capability.

There is no denying the council can say no to the recommendation. But if it makes a decision without convincing grounds, it will only give credence to the theory of political interference. The Sing Tao report is another piece of evidence of government intervention.

The council will have to pay a huge price for pulling Chan from the horseback, causing irreparable damage to the university’s autonomy, serious schism and ensuing restlessness in the prestigious institution.”