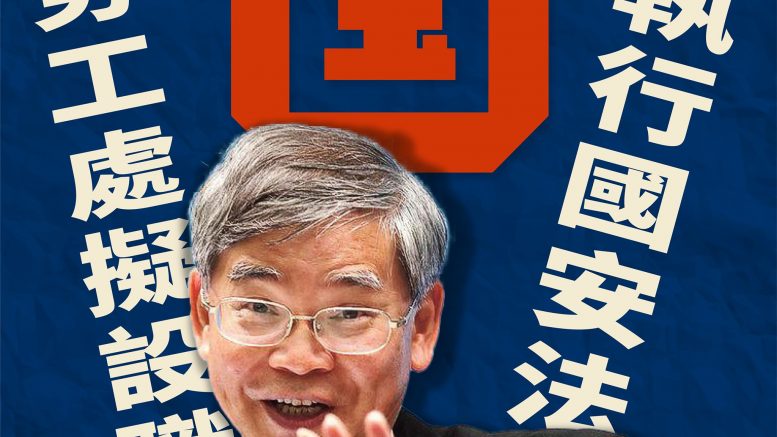 Dr Law Chi-kwong, formerly a Democrat, an academic and now labour and welfare minister, seems to be one of the least unlikely knife-waving choppers in the Government posing deadly threats to political dissent.

That Law gave warning to unionists of de-registration if they are found to have violated the trade union law and the national security law on Sunday speaks a lot of the extremity of the authoritarian rule in Hong Kong after the harsh law took effect.

The Secretary for Labour and Welfare was giving justifications for the creation of a new post at the Labour Department on a blog post published Sunday. The new position of chief labour officer will be given the task of managing the city’s trade unions, including their compliance with the national security law.

The Labour Department will educate and give guidance to trade union committee members and their staff “to promote their knowledge of national security and relevant regulations,” he wrote.

The department will also “monitor and manage” unions in accordance with the Trade Unions Ordinance. They may face de-registration if they are found to be in violation.

Law said the department saw a “tsunami-style” increase in union registration applications, with 4,289 new applications during 2020 in the wake of the 2019 anti-extradition bill protests, which had evolved into a social movement.

It was part of the democrats’ strategy of striving to win more seats in the 2020 Legislative Council election, which was never held. The pr-democracy force had hoped a big rise in the number of pro-democracy unions could upset the dominance of the leftwing Federation of Trade Unions in Legco’s labour financial constituency election.

The democrats’ election game plan was derailed after Beijing dictated an overhaul of the election systems, installing more gates barring the pro-democracy camp from getting a meaningful number of seats in the legislature. 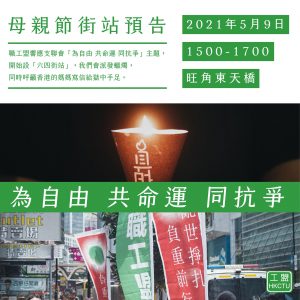 Although the newly-set up unions no longer pose any threat to the pro-establishment force in and outside the Legislative Council, Beijing decided not to take any risk. A new round of political suppression on independent trade unions has begun.

Last month, the Liaison Office-backed Ta Kung Pao accused the Confederation of Trade Unions of violating the national security law when it held showings of three documentaries relating to the 2019 protests last month. The three are Inside the Red Brick Wall, Eternal Springs in the Mountains and Taking back the Legislative Council.

Pro-Beijing politicians intensified the attack, calling on the Government to de-register the CTU. They claimed the union has breached the labour union law by engaging in “political activities”, referring to the showing of the 2019 protest-related documentaries.

It is understood that the union had suspended the documentary shows. This is despite the fact that the documentaries are not banned from local cinemas.

Ronny Tong, Executive Councillor and barrister, said unions and other community groups would have nothing to fear if they behaved themselves properly. He said unions are in general supposed to handle matters relating to the interests of workers and employers and the conflicts between them. Unions may have breached the law if they fund election activities from their own funds.

Tong’s interpretation of the scope of activities allowed for under the Trade Unions Ordinance is a subject of debate.

But threats of de-registration issued by the pro-Beijing camp will create a chilling effect on unions, who will try to tread more carefully to avoid crossing the political “red line”.

First started with the pan-democrats last year, the political crackdown has gradually broadened to the education and media sectors, now followed by unions.

With one sector being weakened after another, the strength of the civil society has and will be significantly reduced.

This article was first published on Apple Daily on May 19.