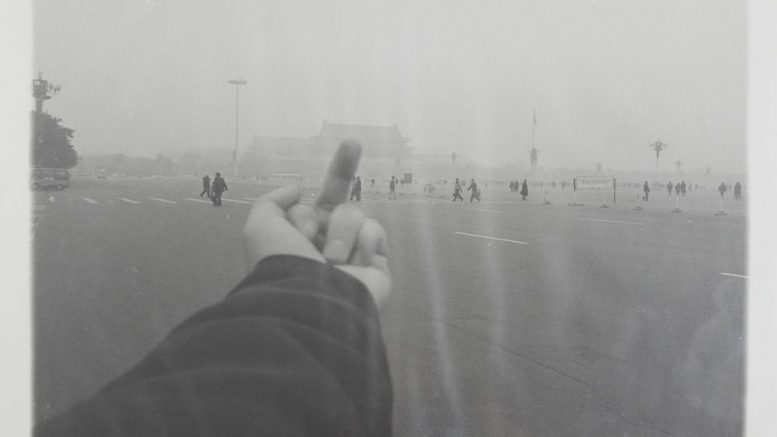 First it was books written by pro-democracy activists including jailed young democrat Joshua Wong collected at public libraries. Then came pre-colonial exhibits in a government history museum. They are among the political sensitive items that went missing in government venues after the Hong Kong national security law took effect on July 1 last year.

A collection of works by dissident Chinese artist Ai Weiwei at M+ Museum, which is aimed to rival Western contemporary star museums like London’s Tate Modern and New York’s MoMA, may become another victim of censorship amidst fears about the draconian law.

Even before M+ is scheduled to be open by the end of this year, Ai Weiwei’s works have already emerged as a target of Cultural Revolution-style attacks launched by pro-Beijing media and political figures.

This is despite the fact that none of Ai’s works have been scheduled for public viewing at the 60,000-square metres venue. They may never be publicly shown.

Salvos were fired at M+ on the following day after a media preview held by the museum early this month. DotDotNews, a bilingual online platform with China backing, said in a commentary made a scathing attack against M+.

It accused the museum of having collected a massive number of items that “challenge national dignity, insult national heroes, ignore the bottomline of social morality, degradate religion and spread pedagogical consciousness.”

At a Chief Executive question time last week, New People Party’s Eunice Yung asked Carrie Lam: “ Many of the pieces are spreading hatred against the country… Will the government censor the collection? What will the government do to prevent such provocation of anti-China sentiments?”

In response, Lam reiterated Hong Kong “respects the freedom of cultural and artistic expression.” But she warned authorities would be on “full alert” for any breaches of the security law.

Lam argued the line between freedom of expression in arts and cultural creativity and the spread of hatred, sabotage of national security “is clearly recognisable.”

But she refrained from commenting whether works singled out for attack by Yung belonged to which side of the red line.

Carrie Lam, who had been directly involved with the M+ exhibits, features in the real-life West Kowloon palace power .struggle.

Lam’s remarks did not stop the pro-Beijing newspapers, which are backed by the Central Government’s Liaison Office, from making further attacks on M+.

That could not be more ridiculous and intriguing.

M+ is an integral part of the multi-billion-dollar West Kowloon Cultural District, which was initiated by the city’s first chief executive Tung Chee-hwa in 1988. It is wholly funded by the Government and had been directly overseen by Lam for a long period of time in the past two decades.

Its current council chairman Henry Tang Ying-yen was appointed by Lam. And its acting chief executive officer Betty Ching is one the few top officials who has the ears of Lam.

Accusations against M+ for allegedly breaching the national security law in regards to its artworks collections from official media are almost unthinkable.

But it did happen and is seemingly unstoppable. On Monday, the Chinese-language Wen Wei Po continued to give prominent coverage to items being collected at M+ which they claimed have not just had “anti-China” contents, but also child pornography and indecency. It quoted political and community figures as saying the museum should not arrange showings of those items after it is opened.

One of the works by Ai Weiwei being named by Yung for attacks features the rising of the middle finger in front of the Tiananmen Square in Beijing. Yung called for a ban saying it is an insult to the nation. What she has not said or may not know is that Ai has similar works with the middle figures pointing at similar symbols of other countries as a show of challenge against authority.

Symbolic it is, the posed gesture has not just been deemed as an insult, but a possible breach of provisions in the national security law. It is yet another telling case of how the law has been “weaponised” to suppress dissenting views.

No officials from the Home Affairs Bureau, which oversees culture, and the West Kowloon Cultural District have come out to directly respond to the criticism against M+. Undoubtedly, this is because of the official background of Wen Wei Po and DotDotNews.

And as Lam and her aides seem to have kept silent, another set of artworks looks likely to remain being kept in dark places with censorship and self-censorship worsening.

This article was first published on Apple Daily website on March 24.