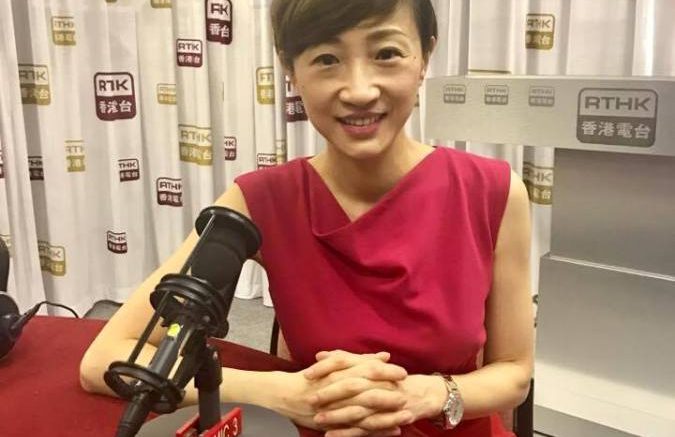 With the approval of the National People’s Congress Standing Committee (NPCSC) last weekend, China’s national anthem law has been added to Annex III to the Basic Law, and will be enforced in Hong Kong once local legislative process is complete. Given that the last time that law added to Annex III was applied to Hong Kong through local legislation was in 1997 for the national flag and emblem laws, I think Hong Kongers are rightfully concerned about the proposed national anthem law, especially considering how times have changed since 1997. In addition, in the recently concluded 19th National Congress of the Chinese Communist Party, Xi Jinping stressed the melding of Beijing’s “comprehensive jurisdiction” over the city with its “high degree of autonomy”, and commentaries in state media have echoed such language, calling the legislation of the national anthem law in Hong Kong as “exemplifying” this principle.

Unlike the proposed West Kowloon co-location arrangement, which clearly violates multiple statutes of the Basic Law and has no international precedent, the proposed national anthem law is in accordance with the procedure set out in Art.18 of the Basic Law, and various countries such as France and Germany have laws criminalizing the desecration of national symbols, including the national anthem. However, I do have a number of issues on the law included in Annex III, and would like to see the government take steps to alleviate these concerns, by making sure that the legislation will be in line with local legal practices and by conducting a public consultation.

Yet, with the authoritarian government in China, not only is the goal to prohibit protesting against the national anthem in order to protect national dignity, but they also seek to use the national anthem to “cultivate and practice socialist core values … and urge Chinese citizens of all ethnic groups to strive for the achievement of the Chinese dream of the great rejuvenation of the Chinese nation,” according to the official description of the law. Therefore, I hope to see that Mrs Carrie Lam and relevant officials will protect Hong Kong’s way of life, and recognize the right to freedom of expression, which is protected in Hong Kong under Art.39 of the Basic Law and the International Covenant on Civil and Political Rights (ICCPR), and leave space for limited political expression, such as not criminalizing the act of not standing in attention during the performance of the national anthem.

In fact, the above recommendation is not without history or support. During the local legislation process for the National Flag and National Emblem Ordinance back in 1997, various clauses were removed from the mainland law, the Law of the People’s Republic of China on the National Flag. Article 1 in the Chinese law stipulates that the law is enacted “with a view to defending the dignity of the National Flag, enhancing citizens’ consciousness of the State and promoting the spirit of patriotism.” This clause is not seen in the Hong Kong legislation. Article 13 in the mainland law requires people present at a flag-hoisting ceremony to face and stand at attention to salute the flag, and that secondary schools and primary schools are required to hold a flag-hoisting ceremony once a week; this clause is not seen in the Hong Kong law. Article 19, which orders the punishment for desecrating the flag, includes the clause for a 15 days administrative detention in accordance with mainland public security regulations; once again this is removed in the Hong Kong version.

Similar clauses, which go against the legal practice of Hong Kong, are also present in the Chinese national anthem law in Articles 1, 7, 11 and 15. It is the responsibility of the Hong Kong government to ensure that these contentious clauses are removed from the local legislation. The fact that the local anthem ordinance does not require people to stand in attention to the flag makes it possible for limited political expression, such as in 2014, when Scholarism protested against the Chinese government during the annual flag-raising ceremony by solemnly standing with their backs toward the flag. However, recent comments by mainland officials have cast doubt on whether the Hong Kong government can and will follow the norm set during the flag and emblem law. Most notably, Basic Law Committee chairman Li Fei has reportedly said that requiring people to stand in attention when the national anthem is performed, and the compulsory education on national anthem in middle and primary schools, are seen as two of the five “core elements” of applying the national anthem law in Hong Kong. I sincerely hope that these are merely isolated comments, and will not guide the legislation of the law locally.

In a recent interview on RTHK, Mrs Carrie Lam lamented that the start of her chief executive term has been mired in “fundamentally contentious” issues, such as the disqualification of legislators and the West Kowloon co-location issue, and that it is difficult to improve the current political climate no matter how many olive branches that she extends toward the pan-democratic side. I believe this is one such opportunity where she could extend an olive branch that is meaningful and relevant.

Delaying the application of the national anthem law by a few months to conduct a public consultation in order to ensure that the law will conform to local legal practices is not an unreasonable request. It will also show to Hong Kong people that her government will not simply execute the political agenda of the central government as quickly as possible, but instead will try to do it in a way that takes into account the concerns of Hong Kongers.

Tanya Chan is a legislator representing the Hong Kong Island geographical constituency. This is her speech given on RTHK’s Letter of Hong Kong programme broadcast on November 12.