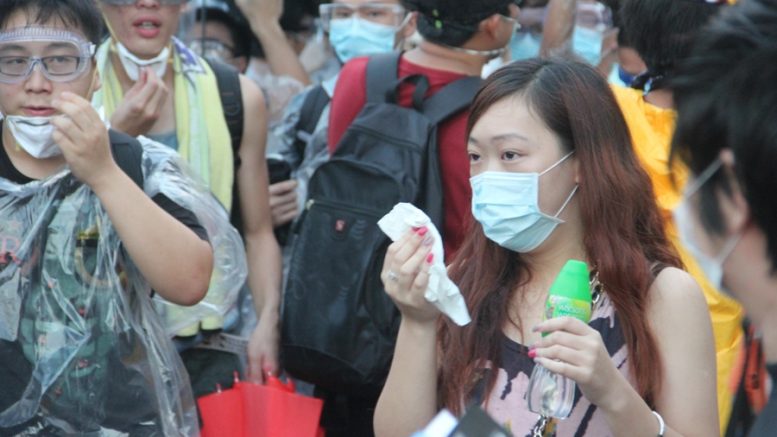 Given a chance, few people, if any, would have hoped to have Occupy Central happened. Flashed back to late September 2014, Hong Kong saw 79 days of mayhem unfolded in Admiralty, later in Causeway Bay and Mongkok. Inter-personal relations at homes, workplaces and social gatherings were strained, at times tense, when Occupy became the unwelcome, yet unavoidable, guest. Views were sharply divided. Yes. That was history; it belongs to the past. But no. It is still causing a stir and, worse, fresh wounds in people’s hearts and the city’s systems.

On Friday, seven police officers were sentenced to jail for assaulting activist Ken Tsang Kin-chiu at a dark place in Tamar Park during the movement. Instead of bringing one of the most unfortunate clashes during the 2014 government-people stand-off to an end, the court decision, or more accurately, the aftermath of which risks inflicting new damages to society and, also importantly, trust and respect to the city’s institutions.

Calls by justice minister Rimsky Yuen Kwok-keung for critics against the court ruling earlier in the week for internet users not to post abusive comments about judges have fallen on deaf ears. A day after he spoke, Wong Kwok-kin, a legislator from the pro-Beijing Federation of Trade Unions branded a foreign judge a “white skin with yellow heart,” without naming name. Yellow is the symbolic colour of the civil disobedience movement.

Thousands of people including some well-known figures such as University of Hong Kong medical professor Lo Chung-mau joined a march on Saturday, condemning the sentencing as unfair. Another group of people petitioned outside the Government House, the official residence of Chief Executive Leung Chun-ying, on Sunday. They called on Leung to pardon or commute the penalties of the seven police officers, taking into account Article 48 in the Basic Law. 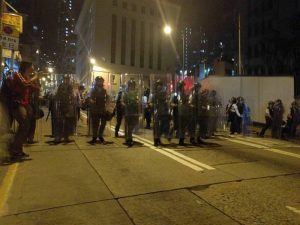 To express dissent towards the judge’s ruling falls within the scope of freedom of expression. But it is a different matter to accuse the judge of political bias and make abusive, derogatory remarks against judges. It amounts to an affront against judicial independence and rule of law.

By the same token, anyone are entitled to their opinion on the acts of the seven officers. But it is unfair to label them and the whole police force as “triad police.” It is a gross exaggeration and immensely damaging to the integrity and credibility of the law enforcement force, which plays a vital role in upholding rule of law in the society.

The court has given a ruling on their deeds. They have the right to appeal under the judicial system.

Justice will be seen to be done

Like all other Occupy-related court cases, they will be brought to an end through fair and open trial. Justice will be seen to be done. The rule of law and judicial system will be the best judge to settle the Occupy-related cases from the legal perspective.

Undoubtedly, that is an important part of the responsibility of the Government in dealing with the aftermath of the Occupy Central. It helps the society put the 79-day unrest behind for it to move forward.

But there is a bigger part of the job of the Government, which has been untouched by Chief Executive Leung Chun-ying. Being ignored were the socio-political aspects of the Occupy.

Make no mistake. Occupy Central was not primarily a clash between protesters and the police. It was the result of a total failure of the political system and dialogue over political reform aggravated by a host of longstanding, deep-seated socio-political contradictions.

A retired high-ranking official, who had been a supporter of Leung in his 2012 election campaign, was disappointed with the failure of Leung to conduct a full investigation into the students-led movement, as the colonial government did after the 1967 Riot. He was worried about the depth of anguish and frustrations and feeling of helplessness and hopeless of the young generations.

More than two years on, his fears are proved not unfounded.

The wounds of Occupy have not yet healed and the feelings of defiance among the populace, particularly the young ones, against the decisions dictated Beijing on Hong Kong are still strong.

The ruling of cases including last week’s should be part of the beginning of healing process.

But last Friday’s ruling has added salt to the wound of a divided society. Worse, it has triggered abuses and attacks against the rule of law and judicial system, which are among the cornerstones of the city’s success.

Be the first to comment on "Time to heal, not inflict new wounds"