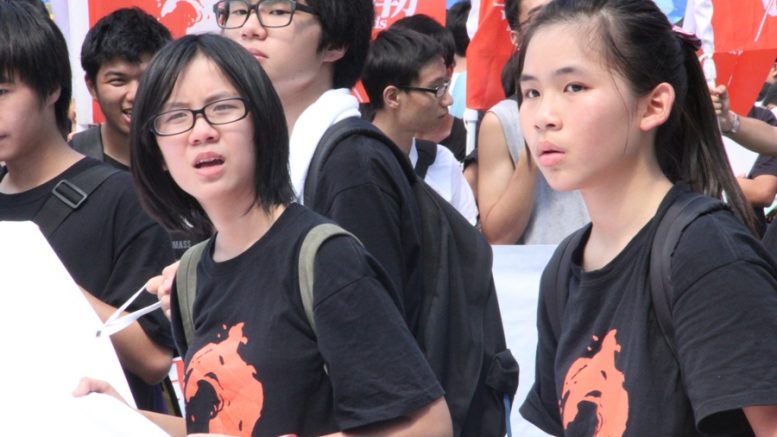 Hong Kong society is debating how to teach Chinese history in schools.

When I was working for multinationals, I was used to bosses who were all too eager to settle disputes between subordinates, so that all could work together to reach the year’s goals as efficiently as possible. It was therefore quite eye-opening when I started working for a mainlander: he would deliberately pit employees against each other by, among other things, encouraging them to report on each other’s misdeeds. More time was spent on infighting than on accomplishing any real work.

Doesn’t he realize he was wasting money managing employees this way? I asked a mainland friend.

“He’s just like Mao Zedong. He feels safe dealing with his staff in this manner because they won’t then unite and tip the balance of power in their favour,” he said.

Intriguingly, when I told another mainland friend about boss’s management style I got the same reply – “he’s just like Mao.”

It really caught my attention that two mainlanders would have the same gut reaction to a situation that had confounded me: if I had been sufficiently familiar with the mainland mentality, I wouldn’t have been so taken back by my boss, as I would have simply seen him as having taken after Mao.

It was not until I stumbled upon a passage in Taiwanese author Bo Yang’s (柏楊）History of the Chinese People（中國人史綱) that I was able to become more informed about my mainland boss’s mode of operation. Bo notes throughout Chinese history, owing to Chinese monarchs’ deep-rooted (and often not unjustified) fear of usurpers to the throne, “the most important job of Chinese emperors was not managing the country but preventing court officials and generals from gaining dominance” – isn’t this the behavioral pattern my boss exhibited, only that he had applied it to a business situation?

Bo Yang made me realize my boss inherited his mentality not only from Mao but also from thousands of years of Chinese history. Both hailed from a system that produces people whose default mode is to maintain their grip on power at all costs, even when doing so worked against the economic interests of their country or company.

The more I worked in mainland China, the more I encountered instances in which strange behaviour would suddenly shed its strangeness once I became aware of its historical origin. Soon enough, I did something my younger self thought I’d never do. I picked up Chinese history books and derived great pleasure in reading them. As I became bowled over by their value in enabling me to manage my expectations of mainlanders and predict their behaviour, I couldn’t help but question whether the instruction I received in the lower forms (in Hong Kong back in the 1990s) that passed itself off as Chinese history, with its mind-numbing emphasis on rote memorization, had to be such an ordeal by necessity. 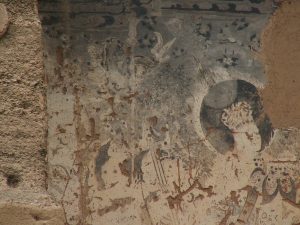 The Chinese history curriculum that had contributed nothing in preparing me for working for mainlanders is now under review by the Education Bureau. Along with Legco’s recent step of passing a motion requiring schools to teach Chinese history as a compulsory and standalone subject from Form One to Three, this measure is aimed at curbing separatist thoughts among Hong Kong students,

Pan-democrats and pundits have, predictably and almost by reflex, denounced these moves as attempts to brainwash students. I take a more nuanced view. One could teach Chinese history by presenting it as a tool to make the reasoning of present-day mainlanders register with students. If, say, a curriculum can produce students who, as they mature into adults and meet someone like my mainland boss, are capable of grasping a logic different from their own and say “he’s just like Mao” without a second’s thoughts – this curriculum should be judged to be a success.

Had today’s youths been able to will themselves to think like a mainlander before expressing their grievances, they would probably have thought twice about being confrontational, because they would have foreseen doing so would only steer the regime up north towards adopting a more hardline approach towards the city, which, of course, would make their goals harder to achieve.

The dilemma Hong Kong faces reminds me of this mother who wrote to The New York Times’ advice column asking whether she should confront her adult son about his weight gain a second time, when he had already told her to back off the first time she expressed alarm over his bulk. The paper besought her to keep silent, warning her an apparently innocuous remark like “I’m concerned about your health” may, “after it passes through the mother-son hall of historical mirrors,” end up being heard by her son as “You are a disgusting pig and a constant disappointment to me.”

Likewise, given that – as Bo Yang observes – Chinese rulers are conditioned by history to be easily ruffled about sharing power, urging Beijing to loosen its grip on Hong Kong is likely to be a walking-on-eggshells exercise that calls for unerring sense of tact and timing. Budding political leaders in the city should therefore learn to deal with China by reading up on Chinese history, esteeming it as a treasure trove of time-proven tactics that can help them navigate the treacherous waters of Chinese politics. There is wisdom in fighting fire with fire. 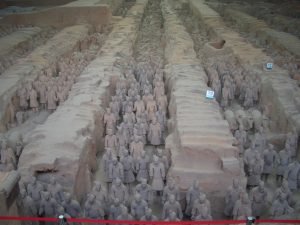 Even Deng Xiaoping in his late career couldn’t get enough out of relying on Chinese history to help him hone his political acumen. Shortly after he was banished by Mao to Jiangxi in the late 1960s, it was not for nothing that he wrote back to make sure his library at his Zhongnanhai home – which contained holdings of history classics like The 24 Chronicles（二十四史) – would follow him. As he lived out his days in exile – which ended up lasting three and a half years – he prepared for his comeback by reading late into the night every day. It is easy to guess why he was hooked: for one thing, Mao was known to pore over history books for schemes to crush his opponents, so Deng’s reading would have granted him insights into the reasons for the fall of others and pointers on how to avoid the same fate. So immersed was Deng in China’s past that when his children came to visit, he would edify them with historical anecdotes.

In this day and age in Hong Kong, when nearly 40 per cent of those surveyed in the 15-24 age bracket wish the city to be independent of China, provided that it is properly taught, Chinese history should be the most edifying – not to mention the most practical – of all subjects.

Be the first to comment on "Study history for the future"