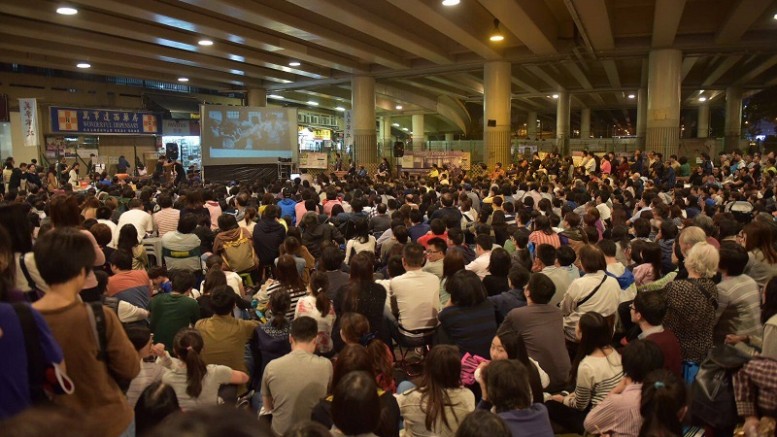 Events unfolded in the past few days in Hong Kong show the city is facing a host of internal and external woes.

On the domestic front, Standard & Poor’s downgraded the outlook of the sovereign credit of Hong Kong and China from stable to negative, following a similar downward adjustment by another credit-rating agency Moody’s. S & P added they might further downgrade Hong Kong’s credit rating outlook while keeping China’s unchanged if the city’s polarisation worsens. Political squabbling has often been dismissed as a war of words. But now, international credit-rating agencies have made clearly political conflicts would influence their rating on Hong Kong’s sovereign credit outlook.

On Thursday, the Government’s Census and Statistics Department announced the value of total retail sales in February slid 20.6 per cent to HK$37 billion compared with the same period last year, representing the biggest drop in 17 years. A spokesman attributed the fall to slowing tourism and dampened consumption mood of people caused by stagnant asset markets. If the retail sector enters a chilly winter season, it will trigger chained effects with company closures and job cuts. It seems that the situation is getting worse.

Politically, a storm is brewing in the wake of the emergence of pro-independence thinking and the formation of a new political party that advocates Hong Kong independence. Government officials and leading figures in the community have launched a flurry of criticism against the advocacy. It came on the heels of the Occupy Central movement in 2014 and the Mong Kok unrest in February. The political aspirations of young people have grown fierce, increasingly challenging Beijing’s bottom line. Although Beijing has kept silent on the legislation on Basic Law Article23, the “best” way for them to suppress independence movement is to enact the anti-subversion law to provide a legal base for cracking down the campaign.

On the external front, mainland media have fired salvos against advocates for Hong Kong independence while mobilising their forces in their city to join the propaganda offensive. In the past, the central government had often offered preferential policies for Hong Kong when it was in trouble. This is no longer the case in recent years. The exclusion of Hong Kong’s tourism sector from China’s 13th Five-Year Plan has caused a surprise in some quarters of the society. The opening of Shanghai Disney theme park will make certain impact on Hong Kong. First with finance, the rivalry between Shanghai and Hong Kong will be seen in the tourism industry.

Set against the background of internal and external troubles, the Hong Kong scene has become more intriguing with a seemingly piece of entertainment news causing a stir. Originally seen as an unlikely winner, Ten Years won the award of Best Film at the Hong Kong Film Awards. With no superstars and big budget, the film beat other finalists because of its story. It tells a story that is closely kept to the pulse of Hong Kong people. Mainland media have boycotted live broadcast of the award ceremony on the mainland because of the nomination of Ten Years for the Best Film award. Amidst a mainland boycott, Ten Years was crowned the Best Film. A feeling of defiance seems to be spreading from young people to the adult world.

Be the first to comment on "A city of troubles"