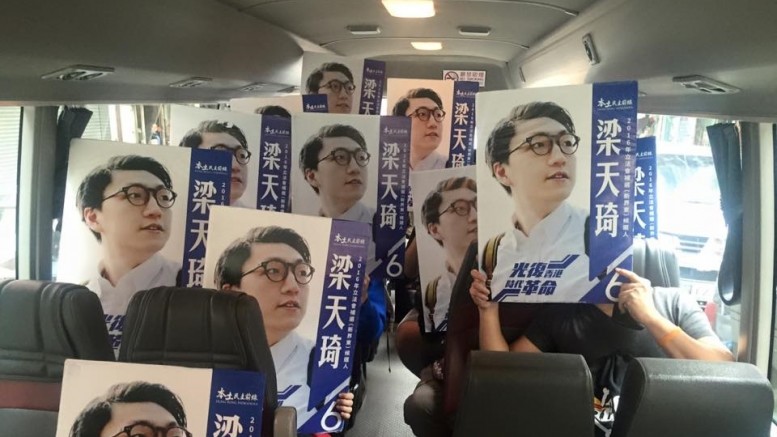 Edward Leung of the Hong Kong Indigenous lost the Legco New Territories East by-election, but is most likely to take over votes from the pan-democrats in the September Legco election.

“There are no more pan-democrats. There are only pan-localists,” Wong Wing declared on his Commercial Radio public affairs programme “Our Way Out” (人民大道中) on March 8, 2016.

I agree with his conclusion but not the rationale. Wong suggests that the pan-democrats have been forced to become localists by the dramatic rise of Edward Leung Tin-kei, a Hong Kong University student and spokesperson for Hong Kong Indigenous.

It is a common argument after the Legco by-election in New Territories East geographical constituency on February 28 that the localists have become a third force that will contend with the traditional pro-democracy and pro-establishment camps. Although Leung did not win a seat, he rose from being an unknown figure to capturing 66,524 votes or 15% of the overall votes. Alvin Yeung of Civic Party won the election with 160,880 votes, narrowly beating Holden Chow of the Democratic Alliance for the Betterment and Progress of Hong Kong who secured 150,329 votes.

As Leung is most likely to take over votes from the pan-democrats in the general Legco elections in September, Wong argues that the pan-democrats are now compelled to win back support by becoming more like the localists.

When asked if older localist groups are harvesting from their hard-won ascendance, Edward Leung is diplomatic, expressing confidence that both he and Chin Wan could win in the multiple-seat elections.

However, a deeper question is if various self-proclaimed “localist” groups really sleep in the same bed. Edward Leung’s position is simultaneously overlapping with but also contradictory to the raison d’être of the older groups’ platform.

When it was disclosed that Edward Leung is a mainland immigrant, the pro-establishment camp sneered. This is because the older localist groups define a localist as someone who was born and raised in Hong Kong. They have aggressively campaigned against the influx of mainland immigrants.

Leung’s supporters retort that anyone who identifies with Hong Kong’s distinctive values is a localist. One’s birthplace is unimportant. After all, the Chief Executive Leung Chun-ying was born in Hong Kong but has been accused of sacrificing Hong Kong’s interests. Compared with the older group’s emphasis on exclusive ethnic identity, Hong Kong Indigenous holds a more liberal and inclusive civic identity. As such, only the young localists deserve the label while the older groups should be properly called “nativists.”

All the self-labeled “localists” reject the notion that there is a split among them. Yet, if Leung has been repeatedly asked if the older groups are trying to ride on the back of their success, then these groups are probably seen as opportunistic “nativists” by Leung’s supporters and bystanders. It will be easy to confirm if the electorate sees the older groups as “localists” or “nativists”: If Chin Wan runs against Edward Leung as he said he would, then we can observe if he wins a similar vote count or if he loses by a large margin.

Once we see that there are two overlapping but divergent lines under the “localist” label, it is easy to see that the Hong Kong Indigenous is not entirely at odds with the long-standing pan-democratic camp. After all, the pan-democrats can point out that they have been fighting for the same cause: upholding Hong Kong’s separate system under “one country, two systems,” resisting China’s encroachment into Hong Kong, and preserving the city’s unique values and institutions. Indeed, resistance to “mainlandization” of Hong Kong was the key campaign theme in the last Legco elections in 2012.

Thus, the pan-democrats are in fact “localists.” It is just that they are not “nativists.”

What the “localists” have succeeded in monopolizing is the label. In politics, symbolism matters as much as substance. Wong is right that the pan-democrats should reclaim the lost ground. And the best way to do so is to form a pan-localist camp.

HKU law professor Benny Tai urges all non-establishment groups to unite against the pro-establishment camp in the general Legco elections. There should instead be a coalition of pan-localists. 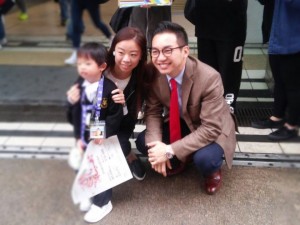 Civic Party’s Alvin Yeung, who wins the Legco by-election, seems to get on well with his localist rival Edward Leung.

There is no doubt that the pan-localists are deeply divided, especially over the wisdom of calling for Hong Kong independence and responding to police violence with violence. However, it is only by working together that they would have a chance at winning enough seats to effectively control the Legco agenda. For traditional localists, they should welcome the entry of new localists into the game play of nonviolent legislative resistance. For the new localists, they should see that taking control of Legco is a more effective means to defend Hong Kong’s interests than throwing bricks at the police.

All hope is on the younger pan-localists. Alvin Yeung and Edward Leung seem to have developed some mutual respect during the by-election. Young people declared during the umbrella movement that they were fighting for their future. Young pan-localists need to work together toward a shared future.

Read more from Victoria Hui at:

Be the first to comment on "We are all localists!"