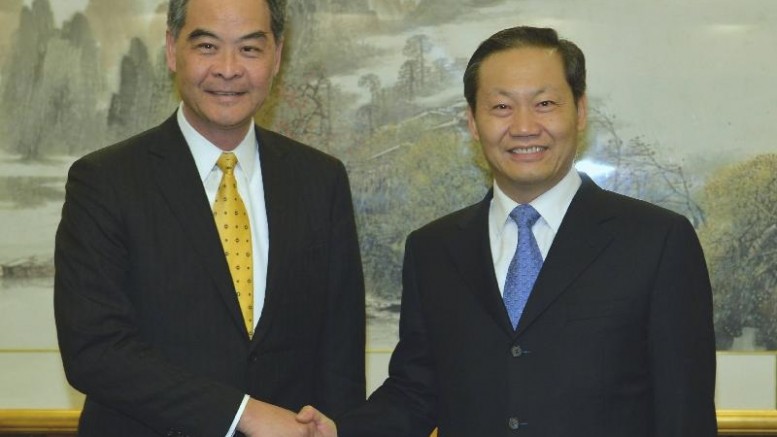 This time next year, the 2017 chief executive race will be nearing to its last lap. Even if there is a real contest, the question of who will win the election by a panel of 1,200 elites may have already become a foregone conclusion. It is highly likely Beijing would have given a clear signal to the electors on who they should vote for.

Flashed back to this time in 2011, the then chief secretary Henry Tang Ying-yen was seen as the chosen one to succeed Donald Tsang Yam-kuen after he stood down at the end of his second term in 2012. That did not happen. The rest is history.

If anything, the lesson Beijing leaders have learned from the drama of the 2012 chief executive election is that it may be political unwise and tactically counter-productive to indicate their preferred head of the SAR prematurely. Beijing officials have even been coy about saying clearly whether they would like to see a contested election.

By doing so, Beijing fears it will create more volatility and uncertainty to the political scene, putting the current administration in a difficult situation.

More important, Beijing will face a high risk of galvanising the political atmosphere if they give a clear message at this stage that they will give Chief Executive Leung Chun-ying five more years to run the city.

In view of the prevalent discontent towards Leung among different segments of the society, an early stamp of approval by Beijing for Leung’s second term may spark a public outcry.

It will put the pro-establishment force in a vulnerable situation in the upcoming Legislative Council election, scheduled for September 4.

Holden Chow Ho-ding, who represented the Democratic Alliance for the Betterment and Progress of Hong Kong in the just-held Legislative Council by-election, knows better than anyone of the dilemma of being pressurised to indicate their stance on Leung’s re-election bid in the election campaign.

Chow had repeatedly side-stepped the question, insisting Leung has not yet indicated his intention.

This is one of the reasons why China’s key official in charge of Hong Kong affairs, Wang Guangya told reporters in Beijing it is too early to talk about Leung’s election.

As Professor Lau Siu-kai has observed, it is likely that there will only be clearer signs about the next chief executive after the September Legco election.

The danger of negative impact on the pro-establishment candidates aside, Beijing will be anxious to wait for the results of the Legco polls for them to make a full assessment on public sentiments before deciding who should be the next chief executive.

If the pan-democratic camp does exceptionally well in the polls, it is probably mainly because of a surge of protest votes against Leung and his administration.

Practically, it is not difficult to understand why Beijing has exercised caution and restraint in commenting on the performance of Leung.

Wang was telling the half-truth when he said there are diverse views in the society about the performance of Leung.

Although it is technically correct to say views are mixed, it is more accurate to say most people want to see Leung off next year.

Faced with the high unpopularity of Leung, it is politically and practically not possible for Beijing to give any sign of their backing for Leung’s re-election bid, at least for the next few months.

That does not mean, however, Beijing is seriously rethinking Leung’s second term. In view of the obsession of Beijing leaders about continuity and stability, it seems that they are still inclined to back Leung.

Their mentality has been reflected by Maria Tam Wai-chu, team leader of the Hong Kong NPC delegates, when she said it would be better if a chief executive serves a ten-year period.

Though being rightly seen as a not-so-subtle vote in support of Leung, Tam’s remarks have been greeted by silence and indifference in the media and the political circle, even among the loyalists, not to mention the society at large.

This is not because they like Tam’s idea. The opposite is true. Many are keeping their fingers crossed, hoping Beijing will heed the voice of people and just say thank-you, goodbye to Leung when he finishes his job on June 30 next year.