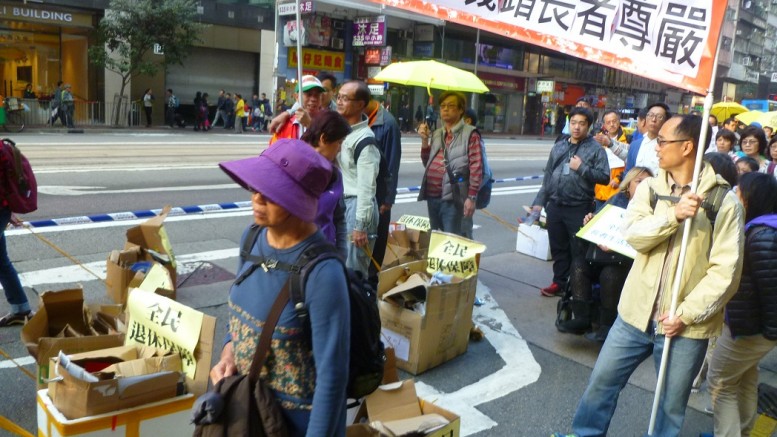 At present, many elderly people in our community live in poverty with a poor quality of life. Owing to zero income and limited government subsidies, they are forced to tighten their belts to make ends meet. The issue of elderly poverty has resulted in calls for a universal retirement protection scheme

The Commission of Poverty launched a consultation document entitled “Retirement Protection Forging Ahead” last month which kicked off a new round of debate on the retirement protection system. We must clarify some concepts before entering the discussion.

The discussion on “retirement protection” requires the setting up of a mechanism to provide retirees a minimum, long-term and stable income irrespective of their assets, families, health and residential conditions. The word “protection” connotes the meaning of “minimum requirement”, regardless of other welfare services; retirement protection cannot fall below the set level.

The government and some critics, including members who support the “regardless of rich or poor” (known as universal retirement protection) and “those with financial needs” options extend the scope of the issues beyond income either intentionally or unintentionally. Take an example, the government stresses that it has provided diversified support for the elderly in the form of residential care, elderly care and other welfare services, which is in addition to, and as important as, financial support. Nevertheless the social welfare sector argues that elderly needs cannot be merely met by cash allowance. On the contrary, the government should take initiatives to improve livelihood of the elderly by building Age-friendly cities.

Although different elderly groups have different needs, they should be dealt with by other targeted policies. Thus we will not lose sight of our discussion. Once we can focus on income protection, which mechanism can better achieve this objective? Income should be recognised as long-term and stable as mentioned previously. But retirees are living longer and face more age-related diseases and with time, they will run down their savings. Their cupboards will also run the risk of becoming bare after going through serious illness.

Existing retirement protection schemes, such as the Comprehensive Social Security Assistance (CSSA) only provides petty assistance for the needy. The Old Age Allowance and the Old Age Living Allowance fail to alleviate poverty because of limits on age and assets. These tools can only help mitigate the situations of those without stable income and help them delay using up their savings. Due to age and asset limitations, the needy may turn to the CSSA as the last resort.

It is indisputable that we should optimise the use of limited resources in a targeted and effective way. The government needs to set up a new mechanism to provide better assistance to those (with financial need) not having protection under the existing social security schemes, without wasting any resources. A lenient means-tested scheme is needed. The crux is the demarcation of the asset limit, in which citizens can benefit from interests generated from their assets, and obtain sufficient income.

Who foots the bill

It is inevitable to increase recurrent public expenditure if we need to enhance retirement protection, as the government has repeatedly emphasised. As a matter of fact, a structural deficit (due to a rapid aging population and a shrinking workforce) is yet to surface, even though there will be no service improvement on healthcare, education, and social welfare. The point is “who foots the bill”?

The government said public expenditure can hardly exceed 20% of the gross domestic product. Arguably, the Basic Law does not stipulate that the government requires keeping the expenditure within a certain level. It only keeps the budget commensurate with the growth rate of its gross domestic product while taking the low tax policy previously pursued in Hong Kong as reference.

Hong Kong’s tax rate is comparatively lower than many overseas countries. Raising moderate tax rates may not cause a big impact to the economy. Based on the government’s assumption, increased expenditure arising from the “regardless of rich or poor” option was to be met solely by a hike in profit tax rate, which is equivalent to an increase of around 4.2% points. In addition, the increased expenditure can be funded by various taxes. If citizens aspire to have a better social security system and are willing to pay more, the government should consider an adjustment of its fiscal policy.

Some critics argue that the retirees enjoyed the fruits of the economic bloom and accumulated handsome savings. However, young people and their next generations are facing an aging population and relatively fewer opportunities for upward mobility in an unfavourable economic environment. Therefore it is unjust to demand the “underprivileged young generations” to support the “better-off previous generations.”

Dr Leung Ka-lau is a Legislative Council member, representing the medical functional constituency. This is an edited version of his Letter to Hong Kong at RTHK broadcast on Jan 17.